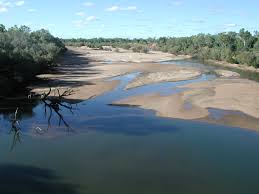 Researchers at the University of Sydney have discovered an in situ geological record of Darling and Murray River catchment floods that spans approx. 9,000 years, providing an extraordinary new view of river behaviour in response to climate variability.

The Murray-Darling Basin (MDB) is Australia’s largest river system covering >1 million km2 of south-eastern Australia (SEA), and as an economically important agricultural resource, represents one of Australia’s most contentious environmental management and water security challenges.  Measurements of river behaviour, particularly in response to climatic extremes, are relatively recent, and therefore do not represent the full amplitude of hydroclimatic variability experienced by large river basins like the MDB. For example recent research has revealed that the Australian instrumental record does not cover the full range of hydroclimatic variability experienced in the past, with longer and more frequent flood and drought periods experienced before European colonisation.  This compromises our ability to adaptively manage these systems as we move into a period of increased climatic instability.

One solution to this problem is to draw upon evidence of past river behaviour recorded in the geological record.  At present there a few such records capable of inferring a direct flood record for the MDB, and those that do exist generally utilize evidence from outside of the Basin. Analysis of this newly discovered record, located at the terminus of the MDB in South Australia, will generate a long-term record of hydroclimatic variability over SEA, and be a valuable resource for future management of water resources within the MDB.

A laminated sediment deposit, several metres thick was discovered within the confined channel of the lower Murray River (LMR), between Mannum and Wellington, South Australia.  The University of Sydney researchers recognised that the thousands of alternating bands of light and dark, fine-grained mud in this deposit have more in common with lake environments than river floodplains.  In order to explain this conundrum, they hypothesised that during periods of reduced river discharge in the Holocene the Murray Mouth estuary closed to the Southern Ocean, damming river discharge behind a beach-barrier creating lake-like conditions within the LMR valley (termed Palaeolake Mannum). This led to the deposition of laminations or fine layers of suspended sediments carried by the Murray and Darling Catchments (see Figure 1). 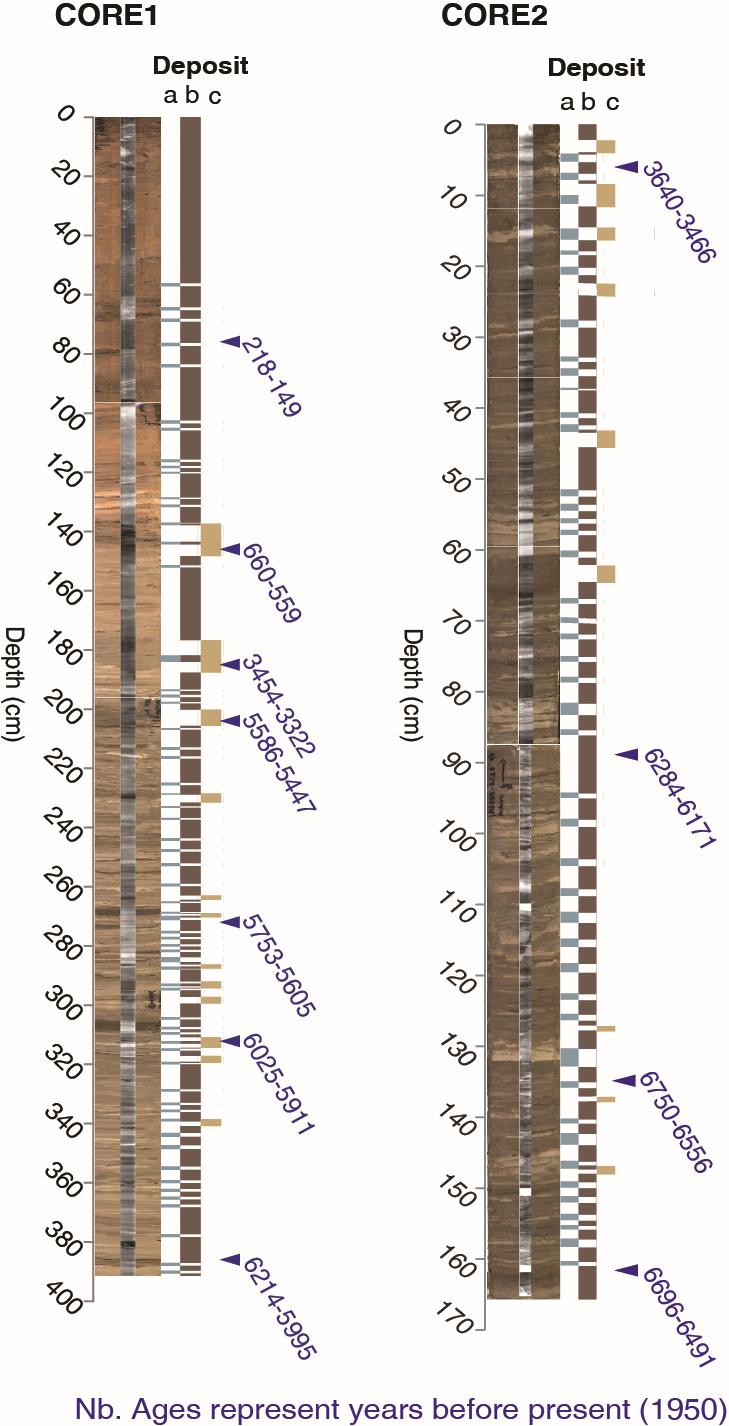 Figure 1. High-resolution flood record recovered from Palaeolake Mannum at the terminus of the MDB. Lighter laminations (deposit a) represent sediments sourced from the Darling Catchment, and darker layers (deposit b) from the Murray Catchment. It is hypothesised that coarser layers (deposit c) represent sediments transported in exceptionally large discharges when flood peaks for both the Murray and Darling Catchments coincided (similar to the 1956 Basin-wide flood). This unique flood record can be used to infer precipitation across the MDB and eastern Australia, generating long-term data on the MDB’s response to past and future hydroclimatic variability.

Lighter sediments (deposit a) have been geochemically and mineralogically fingerprinted as sediments sourced from the New England Foldbelt in the Darling Catchment, and darker sediments (deposit b) as sediments sourced from the Southern Highlands and Lachlan Foldbelt.  The lighter layers interbedded within the darker sediments reflect large floods from Darling River system, which episodically overwhelmed suspended-sediment transported by Murray River catchment floods. Exceptionally large floods (e.g. the 1956 flood when both the Murray and Darling flood peaks coincided) have intermittently scoured the accumulated sediment within the LMR valley, and these episodes are clearly visible in the geological record as coarse layers (deposit c). These large floods may have breached the barrier that dammed Palaeolake Mannum and re-established a connection to the Southern Ocean. The barrier breached for the final time approximately 2,000 years ago, and the LMR has been slowly eroding into the former lake sediment since that time.

The implications of this discovery are significant and far reaching. The deposit represents a unique, high-resolution flood record for the whole of the MDB that spans several thousand years of river behaviour – many orders of magnitude longer than the instrumental record.  This flood record can be used as a proxy for precipitation across eastern Australia, generating new and detailed information on hydroclimatic variability in the MDB that will be of enormous value for Basin management as global climate continues to change.