A sharp, global picture of irrigation and wetland evaporation losses 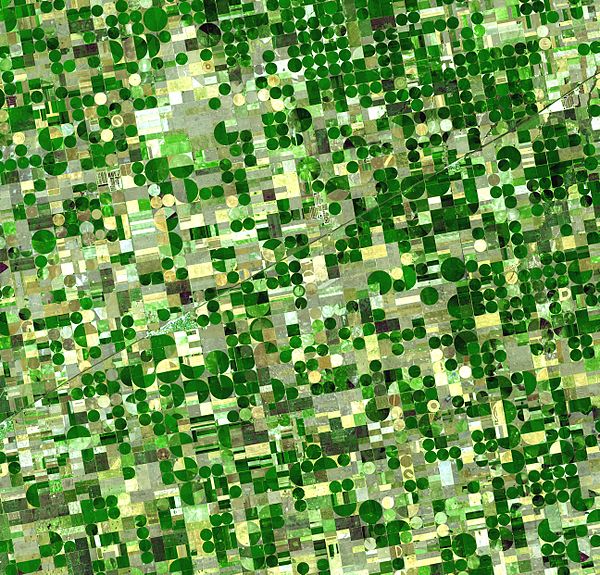 A good part of our global surface and groundwater resources evaporates from wetlands, water bodies and irrigated areas. Some of this so-called ‘secondary’ evaporation generates economic or environmental benefits. Other losses, for example from water surfaces, generate few benefits. Either way, secondary evaporation directly affects the remaining water resources available for ecosystems and human use downstream. To help understand current and future water scarcity risks, it is important to understand and measure these losses.

Detailed water balance studies to estimate these evaporative losses and uses require ground observations that are not available or accessible for most of the world. As an alternative, satellite observations can be used to measure evaporation rates, which can help understand the water balance. However their use requires much data processing and there was no way to apply these techniques globally, until now.

In a study now available as a discussion paper in the EGU journal Hydrology and Earth Systems Science, we report on a technique we have developed to integrate a variety of satellite measurements with a global hydrological model, through what may loosely be called data assimilation.

The model we used is a recent update of the W3 model, a close but global cousin of the Bureau of Meteorology’s AWRA-L model. We applied the model at the same 5-km resolution as AWRA-L, but then globally. To our knowledge, this is the highest resolution that any dynamic global hydrological model has been applied to date. It was necessary because the many of the worlds water bodies, wetlands and irrigation areas are comparatively small, and therefore the model and satellite observations need to be at a similarly fine scale.

The satellite data we assimilated were all derived from NASA’s MODIS satellite instruments. They include surface water extent, surface albedo, vegetation cover, leaf area index, canopy conductance, and land surface temperature (LST). The information from these products is introduced into the model in simple but effective ways, such as direct insertion and ‘nudging’ of some model parameters and variables.

The effect of data assimilation was evaluated against river basin discharge records and the water balance of closed basins. Accounting for secondary evaporation improved water balance in both cases. 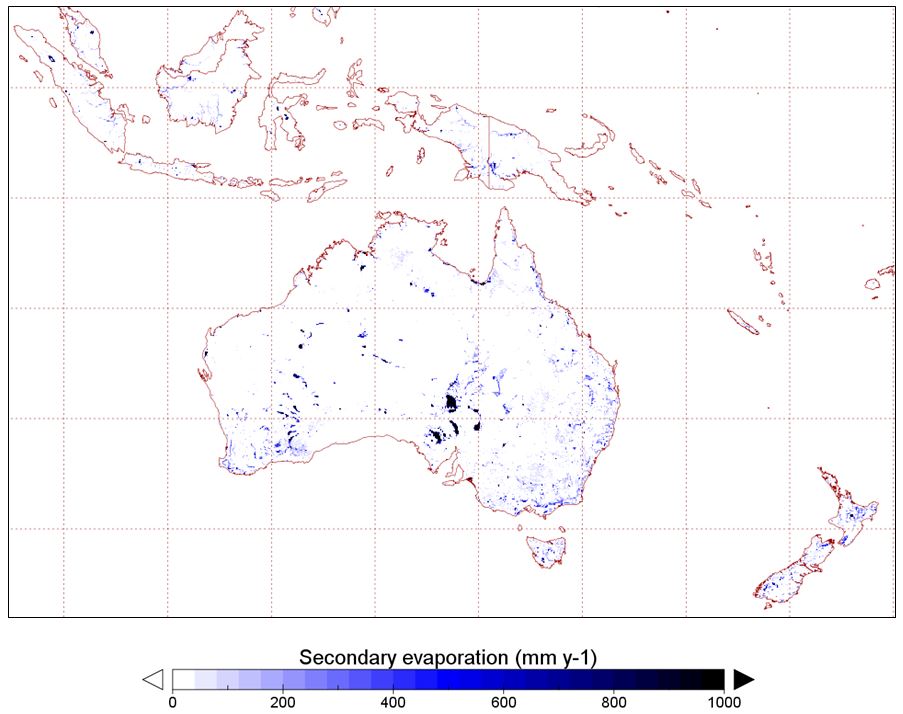 Taken globally, we estimate that 16% of globally generated water resources evaporate before reaching the oceans, increasing total terrestrial evaporation by 9%. Only 5% of this volume is due to irrigation: the remainder is from inland water bodies (58%) and other surfaces such as wetlands (37%).

Our study provides a clear example of the benefit of high-resolution modelling. Sometimes the benefits of this are dismissed because some basic data are not accurately available at such high resolutions, such as for example soil properties and rainfall data. While that is certainly a challenge for estimating streamflow generation, we show here that it does not necessarily prevent valuable insights into evaporation processes and causes.

Further improvements in the estimates can be achieved by using data at even higher resolution, but to get full benefits out of it, it would be necessary to obtain global and dynamic mapping of surface inundation and irrigation areas at similarly high resolution. Such data do not currently exist, but given the rapid advances over recent years, they are likely to become available fairly soon.