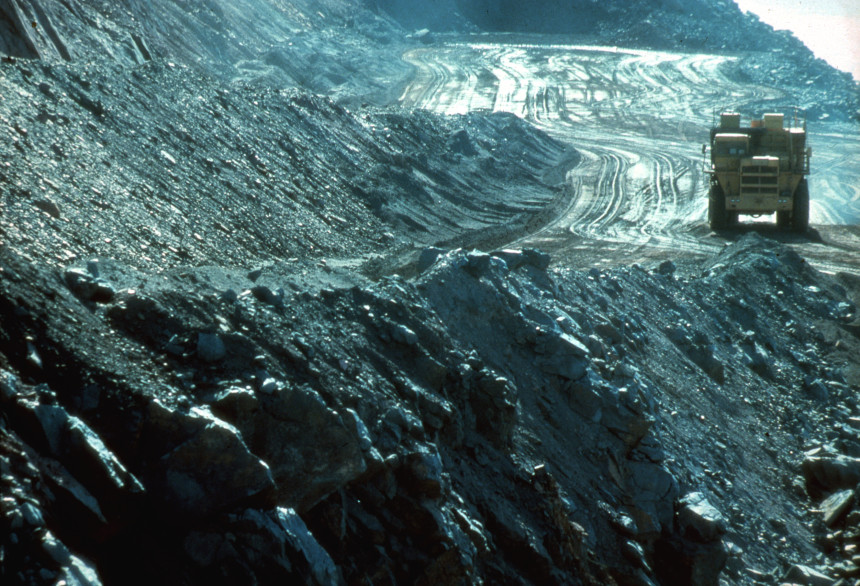 Despite the Government saying Australia’s top science agencies “confirmed” Adani’s water plans had “met strict scientific requirements”, the emails show CSIRO was determined not to give a “categoric” response.

The correspondence obtained by the ABC through freedom of information laws exposes further discrepancies between what the Government said about the assessment of Adani’s environmental plans, and what actually occurred.

The newly uncovered emails follow hand-written notes from Geoscience Australia, obtained by the ABC in April, showing Adani refused to accept several of its recommendations, counter to what the Government said at the time.

Two days before the federal election was called, Environment Minister Melissa Price signed off on Adani’s two groundwater management plans, meaning Adani had passed all the tests required by the Federal Government before it could start constructing its proposed Carmichael coal mine.

When announcing the decision, Ms Price said she was simply following the advice of scientists.

“I have accepted the scientific advice,” she said, declaring that CSIRO and Geoscience Australia had provided “assurances that these steps address their recommendations”.

But internal CSIRO correspondence explicitly shows the agency went out of its way to avoid giving any categorical advice of that nature.

‘The devil is in the detail that we do not have’

The environment department wanted a letter from the CSIRO, stating whether Adani’s plans satisfied the scientists’ concerns about the company’s plans.

They were asked to do that on the basis of a verbal briefing and a short summary document provided that day.

In drafting the letter, CSIRO research director Warwick McDonald said he had “been careful about not being categoric about the degree [to which] these responses will satisfy the recommendations”.

He explained they couldn’t give categorical advice because “the devil is in the detail that we do not have”.

The final wording, sent to the department that day and published on their website, shows that lack of certainty.

The letter said CSIRO thought Adani’s plans “should satisfy” their key recommendation, which was to change the underlying model that all of their predictions were based on.

It also noted other concerns that CSIRO had were yet to be addressed, but should be examined in other documentation, that would be assessed after the mine was constructed.

Despite the CSIRO advice lacking any categorical statement, Ms Price presented CSIRO approval of the plans as a key basis for her giving them the green light.

“Both CSIRO and Geoscience Australia have confirmed the revised plans meet strict scientific requirements,” she said in a statement.

“Following this independent assessment and the Department of the Environment and Energy’s recommendation for approval, I have accepted the scientific advice and therefore approved the groundwater management plans…”

Assurance sought in a flurry of afternoon emails

The emails obtained by the ABC also show how rushed the CSIRO was to provide its “formal assent” to the department’s prior decision to recommend approval of Adani’s groundwater plans.

Around lunch time on Friday 5 April, Dr Jane Coram from the CSIRO was called into a phone briefing with both the secretary of the environment department and the deputy secretary in charge of environmental protection.

Dr Coram said in an email to her colleagues the department bosses “would ideally like our formal assent that Adani have responded to the issues raised”.

“I gather they’d like it absolutely ASAP,” Dr Coram said, adding: “there’s clearly quite some urgency around this”.

Just after 3:00pm, Dr Coram emailed Dr McDonald asking him to examine a few doubts she had about Adani’s plans.

Dr McDonald forwarded that to another staff member but indicated that it might be better to not interrogate the plans too much:

“Jane has asked some questions… see below… not sure we should be over-analysing this… for your consideration.”

Just after 3:30pm, Dr McDonald wrote to his colleagues saying he had finished drafting the letter that the environment department had requested.

By about 4:00pm, Dr Coram had approved the letter, and at 4:34pm, it was sent to the environment department.

Half an hour later, Dr Coram emailed her colleagues, noting she presumed CSIRO would be asked to comment on the remaining plans Adani needed to produce, but adding:

That afternoon, the chief of staff to Resources Minister Matt Canavan contacted CSIRO and asked for the letter, which was sent to him at exactly 6:00pm.

The following day, the approval was announced, and two days later the federal election was called.

Ms Price declined the ABC’s request for an interview.

A spokesman for her reiterated that “Geoscience Australia and the CSIRO provided written advice that the revised plans addressed the issues raised”.

Adani told the ABC the matter was an issue for the Department of Environment and Energy.

The department did not respond to requests for comment.