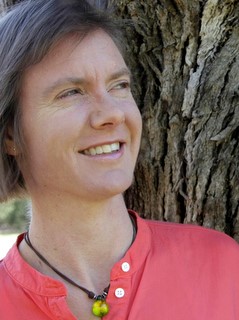 TERN data are being used to improve on estimates of Australia’s annual terrestrial carbon budget, and place Australian scientists and our modelling tools at the forefront of global carbon accounting efforts.

The datasets Vanessa used to improve the CABLE model include carbon dioxide, water vapour and energy flux measurements from TERN OzFlux, remote-sensing products from TERN AusCover, and research infrastructure supported by TERN’s Australian Transect Network. Biomass estimates from field sites in the Australian Supersite Network, including the Great Western Woodlands SuperSite (below), will also be used by Vanessa in upcoming research. (Images courtesy of Charles Tambiah and Suzanne Prober).

As the world progresses towards a global account of carbon, there is an obvious need to improve our understanding of the rates at which carbon is stored and released across the Australian continent. Datasets provided through TERN are already being used to improve estimates of Australia’s annual terrestrial carbon budget.

One person at the forefront of work in this area is Dr Vanessa Haverd, a research scientist working in CSIRO Oceans & Atmosphere. Her research has measurably increased the accuracy of the model that’s used in regional and global climate modelling.

“TERN provides open access to comprehensive, high-quality datasets that are necessary to improve estimates of carbon fluxes across the continent,” Vanessa says.

TERN data were used as critical model constraints—real measurements of ecosystem processes that a model uses to transform the real-world into an accurate model for efficient problem solving— to complete the first ever comprehensive assessment of Australia’s terrestrial carbon budget.

Vanessa and her team used CABLE, the Community Atmosphere-Biosphere-Land Exchange model, to estimate carbon, water and energy exchanges over set periods and, ultimately, the amount of vegetation growth and mortality, both above and below the ground.

“These TERN data have provided a really critical set of benchmarks for CABLE for Australia, and they’ve also led to important structural improvements in the model,” Vanessa says.

Thanks to the incorporation of real measurements of ecosystem processes, which have been made available through TERN, CABLE now estimates Australia’s carbon budget with more certainty than was previously possible. 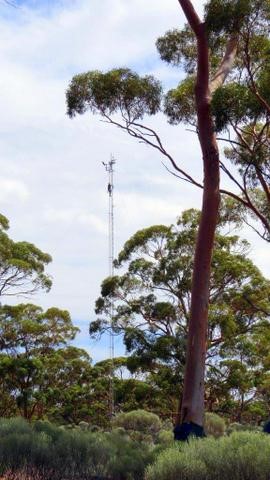 Since these model improvements, Vanessa and her team have been further developing the CABLE biogeochemical land surface modeling capability, with a view to the next generation of Australian regional assessments of carbon, water and nutrient cycles.

“We’re advancing CABLE so that it takes into account the vulnerability of carbon stocks, both natural and what’s gained from re-vegetation efforts, to disturbance and climate variability,” says Vanessa.

Importantly, Vanessa’s team is also scaling up the Australian carbon model and applying it globally.

Vanessa has recently published work in this area that highlights the very significant role Australian ecosystems play in global carbon cycle variability, including a large contribution from Australia to the record land sink of 2011.

The fact that an Australian developed model is being used in the global accounting of carbon is true testament to the value of Australia’s investment in climate science and its infrastructure.

Australian developed models, and the data they rely on, are not only improving estimates of Australia’s annual terrestrial carbon budget, but also helping place Australian scientists at the forefront of global carbon accounting efforts.