Australia’s 2016 environment scorecard: rains return but in some cases too late 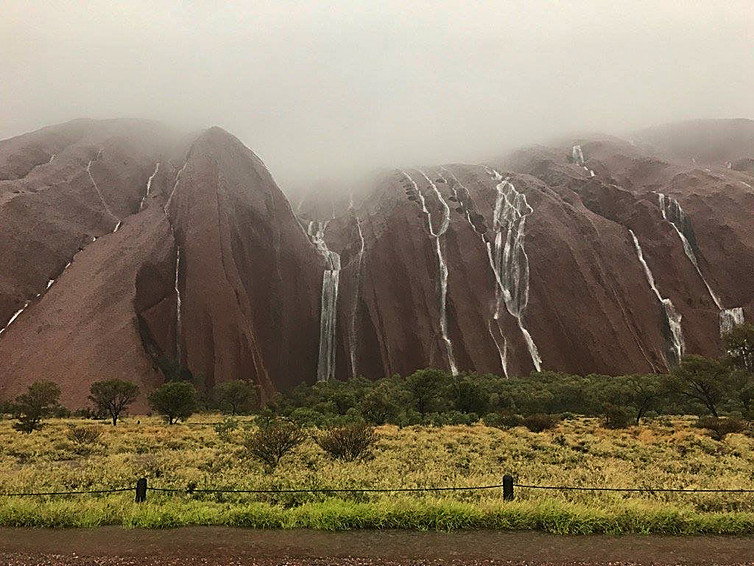 After several dry years, vegetation across much of Australia received much-needed rains in 2016. But this broad pattern of improvement belies some major environmental damage in parts of the country – particularly in Tasmania, which was scorched by bushfire, the Gulf Coast and Cape York, which missed out on the rains’ return, and on the Great Barrier Reef, which suffered massive coral bleaching.

That is the conclusion of our report on Australia’s Environment in 2016, released today. It’s a summary of the state of the nation’s environmental indicators, which we compiled by analysing huge amounts of satellite imagery, ground data, and water and landscape modelling.

The report and the accompanying Australia’s Environment Explorer website summarise those data into graphs and plots for 13 environmental indicators. With most data extending back to at least the year 2000, this makes it possible to see how the environment is changing.

The overall story is one of rainfall boom after four years of bust. The national average rainfall in 2016 was again well above average, albeit not quite as much as in the bumper years 2010-11.

Our report last year showed soil moisture conditions had reached a six-year low in 2015, as Australia was dragged back towards the conditions experienced during the Millennium Drought.

The rains of 2016 seem to have put at least a temporary end to this. Over the past year the soil moisture in Australia’s landscapes has bounced back to levels not seen since 2012. Vegetation growth, leaf matter and soil protection all followed the same pattern.

Despite major bushfires in Tasmania in January, there were fewer fires overall than in previous years. As a result, carbon emissions from bushfires were the lowest since 2010, meaning that 2016 was overall a good year for land-based carbon emissions.

We combined the data to produce an overall “environmental scorecard” for each state and territory, as well as for the nation as a whole. Inevitably, this introduces subjective judgements, but because so much of the environment’s health is linked to water availability, the overall pattern would remain similar even if we were to calculate the index differently.

The national environmental score increased to above average (6.7), but the improvements were uneven. Scores fell in Tasmania and the Northern Territory, in the aftermath of dry conditions that had already started in 2015 or before, whereas other states improved by varying amounts.

Large parts of Queensland had been suffering through several years of drought but bounced back with good rains and growth conditions. Despite this, much of the state remains officially drought-declared – although not, ironically, Cape York. Such contrasts are not unusual; it often takes more than a year of good rain for drought declarations to be lifted.

Meanwhile, the Channel Country and many of the Murray-Darling Basin rivers received their best flows since the Big Wet of 2010–12, replenishing floodplains and wetlands along the way.

Continued dry conditions in northwestern Tasmania created the conditions for massive bushfires in the first two months of 2016. The fires affected an estimated 95,000ha across the state, including 18,000ha of vulnerable alpine ecosystems in the Tasmanian Wilderness World Heritage Area. Although that is less than 1% of the total World Heritage Area, the ancient vegetation may have changed permanently. Characteristically for Australia, the fires were followed by a deluge, restoring soil moisture levels from May onwards but also causing major flood damage.

In the Top End, areas around the Gulf of Carpentaria missed out on the rains and continued a dry run that has lasted for four years in some places. Cape York was left high and dry, with historically low rainfall records at some locations.

Mangrove trees died in large numbers along 700km of coast on the Gulf of Carpentaria. The record temperatures and ongoing dry conditions were a likely factor. Mangroves provide breeding grounds for many sea organisms and protect the coast from erosion, and their demise may cause knock-on effects into the future.

To Australia’s east, high sea temperatures played an important role in large-scale bleaching on the Great Barrier Reef. Reefs and mangroves have been wiped out and recovered before, such as after cyclones. But the sheer scale of last year’s damage was unusual and set against an unmistakable climate warming trend. The big question is whether these ecosystems will be able to recover before suffering the next setback.

So, while all of our national headline environmental indicators suggest signs of general recovery, not everything is easily summarised or understood. The full consequences of the damage done to the Great Barrier Reef, tropical mangrove forests and Tasmania’s wilderness may take several years to become clear.

Worryingly, the factors that drove them into decline are likely to become stronger in future. Add to that the record heatwaves this year, and it becomes clear that climate change will not just quietly disappear.

Original article posted on The Conversation, 23rd of February 2017 (Link)