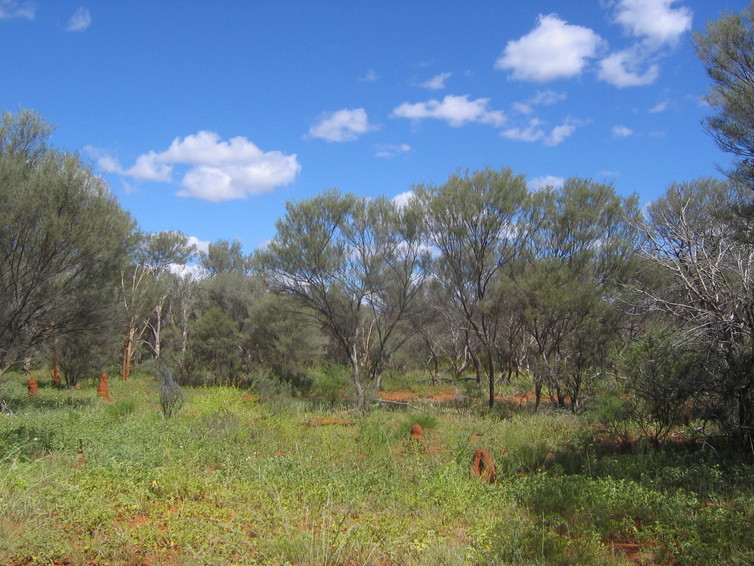 Back in 2010-11 Australia “greened”, as record-breaking rains triggered a boom in plant growth that removed huge amounts of carbon dioxide from the atmosphere and stored it as carbon in the landscape.

But what happened after that? Our latest research, published in Scientific Reports, shows that this greening was short-lived and was rapidly dissipated through drought and fire.

Our study also shows that as extreme wet years are getting wetter and more common, Australia’s terrestrial ecosystems will play a larger role in the global carbon cycle.

Each year, land plants absorb the equivalent of more than a quarter of the carbon emissions generated by burning fossil fuels and deforestation. This helps to partly offset global increases in atmospheric CO₂ concentration. In 2011, this “land carbon sink” was unusually large, thanks largely to the greening of Australia’s vegetation, which accounted for 60% of the global carbon uptake anomaly that year.

Satellite imaging and ground observations from CO₂ “flux” towers showed that much of the 2011 greening happened in savannas and grasslands, largely in central Australia. New data shows that the return of drought conditions in many of these areas has quickly un-greened them.

Be resilient, be prepared

To an extent this is no surprise. Australia’s dryland plant species live in the most variable climates in the world. As such these ecosystems can swing rapidly between being highly productive in wet years and becoming nearly dormant to withstand drought during dry ones.

Given that the 2010-11 extreme greening followed on rapidly from the protracted Millennium Drought, it should hardly be surprising that we find the ecosystem has now swung back the other way so promptly.

On a biological level, the reason that plants take up less carbon dioxide during dry periods is because this process costs water. Plants exchange gases with the atmosphere via tiny pores on their leaves called stomata, through which CO₂ diffuses in during the day but through which water also escapes.

When water is scarce it is more important to conserve it. This is why during drought conditions plants tend to reduce their carbon dioxide uptake by closing stomata or even shedding leaves entirely.

Sometimes the combination of heat and drought can be so stressful that plants die, ultimately decomposing or burning and releasing all of their stored carbon back to the atmosphere.

Our research shows that these processes began to take hold across Australia during the second half of 2012 and into 2013. As the chart below shows, this diminishes Australia’s large net carbon uptake as boosted by the 2010-11 wet year.

We also found that carbon dioxide emissions from fires increased during this period. This makes sense too, given that the productive wet period spurred more plant growth, which then became fuel for fire during the subsequent drought.

As a result, Australia’s semi-arid landscapes are mostly dry once again, although the speed with which they greened and then ungreened suggests that they will be quickly refreshed when the next big deluge arrives.

Australia’s giant green carbon sink was remarkable, but was it unique? There are two ways we can answer this question: we can wait and see if there’s another one, or we can go back and look at the historical record.

Fortunately, with long-term satellite observations, we have measurements of the entire continent back to 2000, and even earlier for some data sets. Our new research shows that the 2010–11 event was not unique. Rather, it was something that tends to happen whenever Australia has a strong wet phase, such as the one in 2000-01.

This means we can expect more large greening events to happen again in the future. One important question is whether these will be as strong as in 2010-11 – or perhaps even stronger?

Interestingly, by looking at continent-wide rainfall records for each significant wet period dating back to 1900, we found that Australia’s wet episodes have become significantly wetter over the past century. Given this trend, we expect that in the near future Australia’s terrestrial ecosystems will come to play a larger role in the global carbon cycle. The intensification of these wet pulses is mostly seen in central and northwestern Australia.

A wilder future with more rain during wet years will have important implications, not only for carbon uptake by plants, but also for many other important issues such as flood risk management, water rights and increased bushfire danger once the landscape dries out again. We had better keep an eye on that.

Australian ecosystems are important locally and globally: they absorb carbon, produce food and contain huge species diversity. But these “ecosystem services” are vulnerable to climate change and the increasing frequency of extreme wet and dry events.

Knowing in detail how the landscape is likely to respond to these ever more erratic swings between wet and dry will be a crucial help in learning how we can best respond to drought and deluge in future.

Original article posted on The Conversation, 5th of December 2016 (Link)