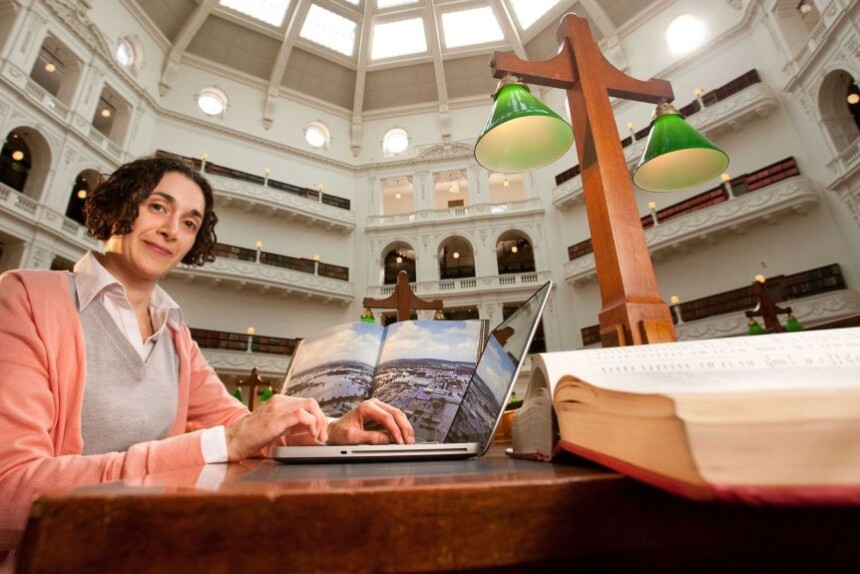 Citizen scientists from around the world are being asked to help complete Australia’s longest daily weather record.

A 170-year-old diary recently unearthed from the National Archives will fill a key gap in Adelaide’s weather history.

This time period is crucial because in June, climate scientist Dr Joelle Gergis and her team from the Australian National University released a paper outlining how they had created the longest daily weather record for Australia, dating back to 1838.

However, there was an eight-year gap in that record — from 1848 to 1856 — that this citizen science project hopes to fill.

When the diary’s transcription and analysis is complete, Dr Gergis said it will fill the gap in one of the longest continual records in the Southern Hemisphere.

“Historical weather records like these can give us an accurate picture of the range of climate extremes experienced in the past,” Dr Gergis said.

“[The records] can tell us a lot about Australia’s pre-industrial climate and can help improve the climate risk assessment needed for future climate change planning and adaptation.”

ANU citizen science project manager for Climate History Australia, Caitlin Howlett, said citizen scientists would be called on to help digitise the handwritten observations, which would then make the records available to climate scientists.

Some of the details include instrumental observations of temperature, air pressure, cloud type, and wind.

They could also include unknown details of South Australia’s social and climate history — such as snowfalls, floods, heatwaves, or bushfires.

Photos will be taken of the journals, which will be segmented into sections and uploaded into the Zooniverse citizen science portal.

Volunteers can then transcribe them so scientists can use the information in climate models.

“I was really surprised to see how involved people did get with this data and how much level of detail they went into,” Ms Howlett said.

“It’s a really simple way that everyday people, bringing a range of skills in, can help create this data set for climate modelling.

“I think they’re really beautiful, they look like these old treasure maps, and they kind of are. So it’s amazing to see the images.”

Dr Gergis said they hope to use this information to improve future climate change risk assessments.

“Historical weather observations help us better understand the range of Australia’s climate variability and extremes and what the implications are for continued climate change in our region.”

The Australian Meteorological Association’s citizen science project manager Mac Benoy said Australians have a long history of being “obsessed” with the weather.

Are you Weather Obsessed?

If you’re reading this article, it’s possible the answer is yes. Then why not join the ABC-facilitated Weather Obsessed group on Facebook — thousands of others are already going troppo for the troposphere!

“These records were created at this critical time, but little did the observers realise that nearly 180 years later their data would help with climate change research,” Mr Benoy said.

“The diaries that we have here in Adelaide will make us a globally significant record because there are virtually no other places in the world that can go back that far.

“Also, South Australia sits right on the edge of the Southern Ocean, a major driver of the climate globally.

“So in terms of historical information, anything we can drag out of the Southern Ocean which we can do by digitising Adelaide’s records — and some of the lighthouses along our southern coast — provides more rich data for these models.

“[The aim is] to come up with a more exact and correct view as to what climate was doing 140 years ago.”

The digitised results will be added to global datasets and will be made available to researchers interested in knowing how Australia’s climate has changed since pre-industrial times.

To be a part of the project go to the citizen science platform, Zooniverse.