Climate and water in the media 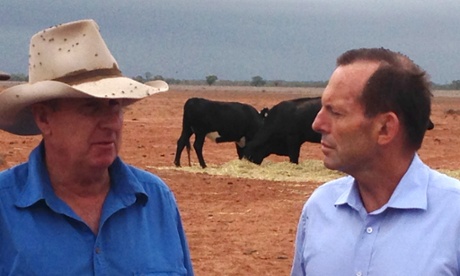 Water storage levels in the Murray-Darling Basin are now at 54% of capacity, down from about 95% in September 2012 and at levels not experienced since the Millennium drought.

Drier El Niño conditions are becoming likely to develop during 2014, according to the Bureau of Meteorology.

The Commonwealth government has decided to start selling part of its environmental water holdings on the temporary market.

Despite recent rains, drought conditions continue over almost all of Queensland and northern NSW. The ABC spoke to several experts to try and establish how exceptional this drought really is.

The government announced a $320m drought assistance package to Queensland and NSW farmers. It has led farmers in South Australia and Western Australia to ask for additional measures.

The Bureau of Meteorology and CSIRO have released their third ‘State of the Climate’ report, a comprehensive report on long-term trends in Australia’s climate observations.

Climate change is already having an impact on ecosystems, agriculture, coastal infrastructure and a host of other human and natural systems, the most recent IPCC report says.