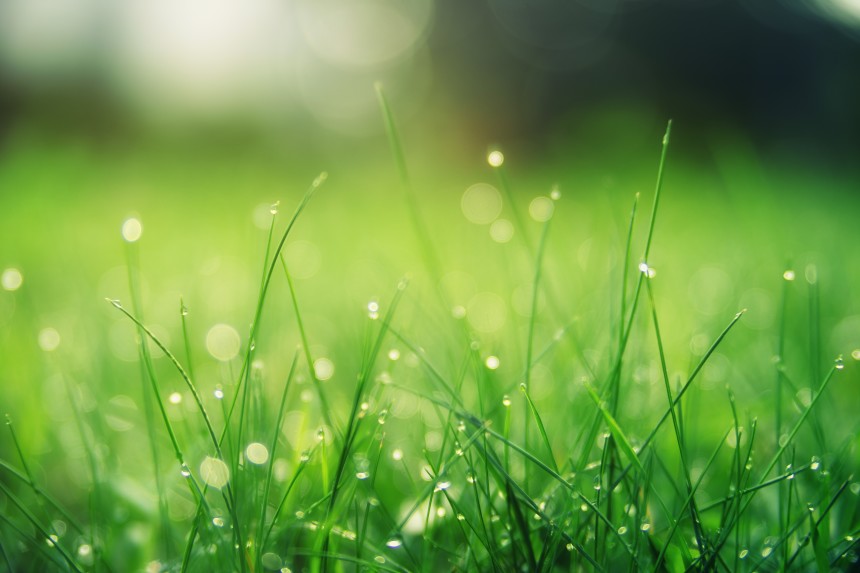 Recognising this, TERN is working with its partners on the production, refinement and provision of national-scale soil moisture data.

“This revolutionary project is changing the way we measure soil moisture.”

“Our model allows disparate datasets to ‘talk to each other’ without having to be in the same place and Australia’s national research infrastructure makes this possible. “Accurate, real time data availability will fill an essential national data gap.”

The SMIPS system is being developed thanks to investments by TERN, CSIRO, ANU, and BoM.

The Grains Research and Development Corporation (GRDC) is supporting future work, bringing in new partners from University of Sydney and the University of Southern Queensland to further develop and refine the existing SMIPS prototype.

A screenshot of the prototype SMIPS system showing national soil moisture levels for a period in 2017 and the location of soil moisture sensors from a range of providers including TERN, CSIRO, GRDC, the Government of Victoria. The final system is being designed to deliver accurate soil moisture data in real-time and will be launched in late 2020.

One of the key on-ground components of the new soil moisture system is the CSIRO-led CosmOz soil moisture network—a network of COSMOS (Cosmic-ray Soil Moisture Observing System) sensors at sites around Australia, including three TERN SuperSites.

The sensors collect data from a circular area with a diameter of about 600 m, and, depending on conditions, to a depth of 10 cm to 70 cm below the surface of the ground.  Using simple corrections based on readily available data (e.g. humidity, pressure, temperature) and standard calibration procedures, the sensors can provide, almost in real time, measures of soil moisture averaged over about 30 ha.

A COSMOS sensor in an agricultural landscape near Birchip, Victoria (left) and an example of the soil moisture data it collects (right)

The CosmOz soil moisture network, which is led by CSIRO, is set to be expanded from 16 to 23 sites thanks to capital investment from TERN and the CSIRO.

“The additional funding will allow the network to be extended into regions with known data gaps,” says Ross Searle of CSIRO.

“Not only will this provide accurate data on the immediately surrounding areas, it will also improve the accuracy of the national-scale data that the new system will deliver.”

TERN is working with CSIRO to install additional COSMOS sensors at TERN SuperSites, including Great Western Woodlands in Western Australia, Alice Mulga and Litchfield Savanna in the Northern Territory, Mitchell Grass Rangeland in Queensland, and Warra Tall Eucalypt in Tasmania. Another sensor is also planned in Queensland’s Brigalow Belt, one of Australia’s most significant biodiversity hot spots and a key site to contrast long term agricultural use with the original forest.

A COSMOS sensor at TERN’s Tumbarumba Wet Eucalypt SuperSite in New South Wales—shown here before fire swept through the site in early January 2020.

Over the past decade, TERN has recognised the strong user demand for soil data of all types and, with significant contributions from its partners, significantly invested in collecting, collating and publishing a huge range of soil and landscape information.

And, the new soil moisture information system being developed is a fantastic example of how multiple components of this information can be combined for improved research and industry outcomes.

In this instance, on-ground soil moisture monitoring data, remotely-sensed climate data and national soil and landscape from TERN have all been utilised.  But, in addition to these products, soil data are also available from around 700 TERN monitoring sites, and our Soil and Landscape Grid of Australia provides a suite of field based, modelled and remotely sensed digital soil maps.

For example, in 2019 alone, TERN collected more than 1,800 soil samples across all Australian jurisdictions, and our library now has over 17,000 samples openly available to researchers.

With additional infrastructure investments in 2020 and the further expansion of TERN network of ecosystem monitoring plots, these figures will grow significantly.

The SMIPS soil moisture information system is expected to be launched in late 2020, with all data and products to be made openly available via TERN.  Keep an eye out in future TERN eNewsletters for updates.

To explore TERN’s suite of soil and landscape data products search the TERN Data Discovery Portal and the TERN Soil and Landscape Grid of Australia.