‘Downscaled’ climate projections to be handled with care 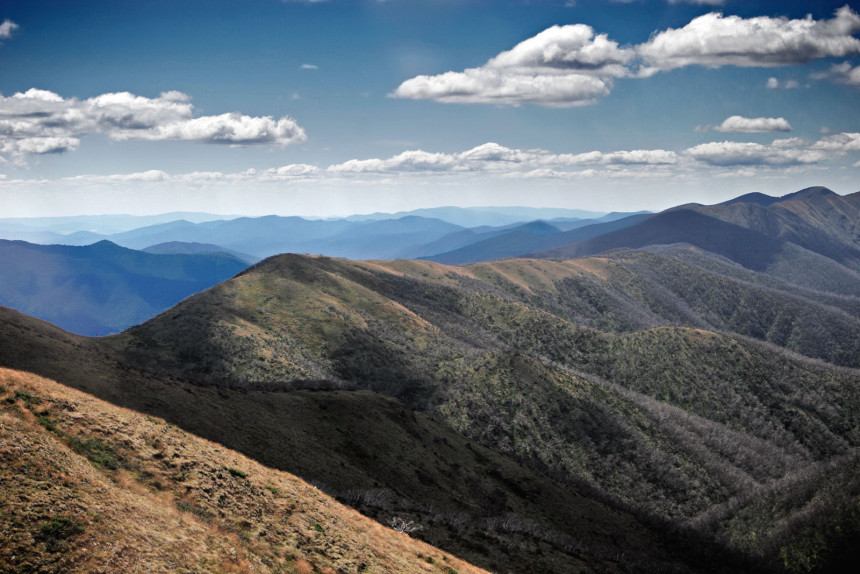 Downscaling, the enhancement of spatial detail of global climate model projections, can produce regionally-detailed climate change projections of rainfall in southern Australia, which can represent genuine ‘added value’ from a better representation of features such as topography. However, some differences are specific to the model itself, so care is needed when interpreting the results.

Credible regional climate projections of climate change this century are a valuable tool for climate adaptation planning. Southern Australia is projected to get drier this century under an ongoing high greenhouse gas emissions scenario, especially in the cooler seasons. However, the regional and seasonal detail in this projected rainfall change pattern will determine the impact on local systems and sectors. Global climate models have coarse spatial resolution and so don’t represent local influences such as mountain ranges or coastlines with clarity. Dynamical and statistical downscaling of the coarser scale models gives the potential for regional insights on projected change. However, running models at higher resolution doesn’t guarantee that the results are more credible or that you will get a comprehensive view of plausible change.

In our paper, we compare the results from different downscaling programs against the higher resolution models they used as input, to examine where the downscaling appears to give robust and consistent regional-scale detail in the change signal (sometimes called ‘added value’). We also looked for where the results from downscaling shows features that are specific to the method used, so are less clearly ‘added value’. Figure 1, below, outlines areas of study. 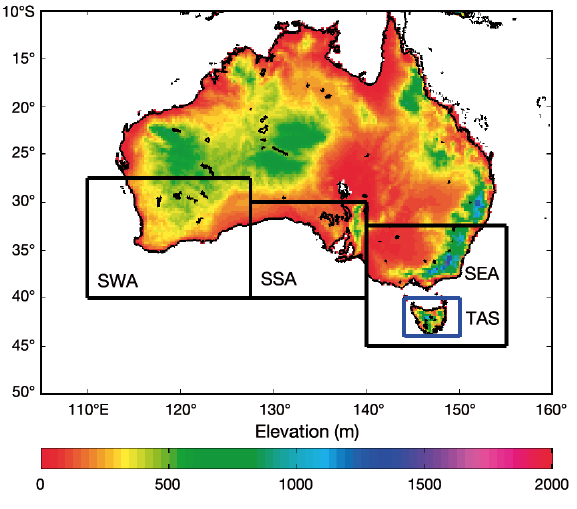 We find that downscaling produced a stronger and/or more localised drying on west coasts in key seasons in response to a shifting or reducing westerly circulation. This includes the west coast of Victoria and Tasmania in autumn and the west coast of Western Australia in spring. These patterns have a physically plausible relationship with topography and regional drivers of rainfall that are poorly resolved by global models. However, we also found cases where the results were specific to the downscaling method and so less clearly a case of ‘added value’. An important example is the results from the CCAM model simulations used in the Climate Futures for Tasmania project, which show different boundaries between areas getting wetter and getting drier in winter and spring. This appears to be due to a different response in atmospheric circulation to the pattern of warming land and ocean. More work would be needed to show whether this is more or less plausible than the global climate models used as input.

Overall, the results show that dynamical and statistical downscaling certainly do have the potential to produce useful regional insights into the likely regional rainfall change this century, and these regional insights could be crucial to successful climate change adaptation planning. However, the study shows that all modelling results need careful evaluation and comparison to identify the real ‘added value’ and where there are other factors to consider.