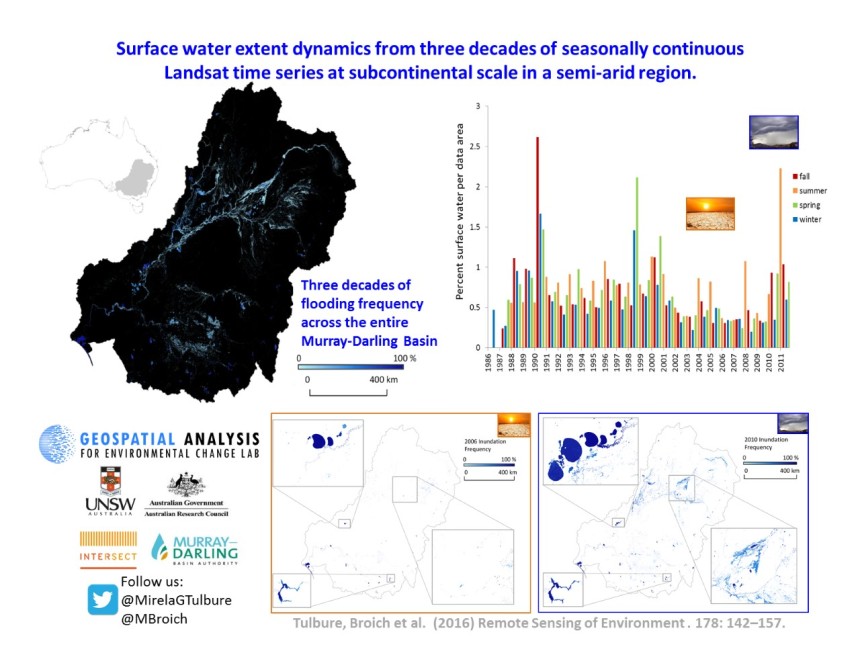 Across the Murray-Darling Basin, surface water and flooding dynamics are dramatically impacted by drought and wet extremes, a recent study has found.

Mirela Tulbure and her colleagues  at the Geospatial Analysis for Environmental Change lab mapped surface water continuously through seasons and years over three decades in the Basin, a large (>1 million km2) semi-arid basin that experiences extreme hydroclimatic variability and competing water demands. To do this, the team used the seasonally continuous Landsat TM and ETM + archives and generic random forest-based models; an ensemble classifier, necessary when mapping targets with high spectral variability, such as floods.

According to the researchers, “the combination of higher spatial resolution and using the entire Landsat archive allowed us to quantify changes in surface water and flooding dynamics between 1986 and 2011 with unprecedented detail.”

Results revealed dramatic impacts of drought and wet extremes on surface water, with high inter- and intra-annual variability across time and low surface water/flooded area across the basin during the ‘Millennium Drought’, the most severe drought on record in southeastern Australia (1999–2009), followed by massive floods in 2010-11 (Figure below). 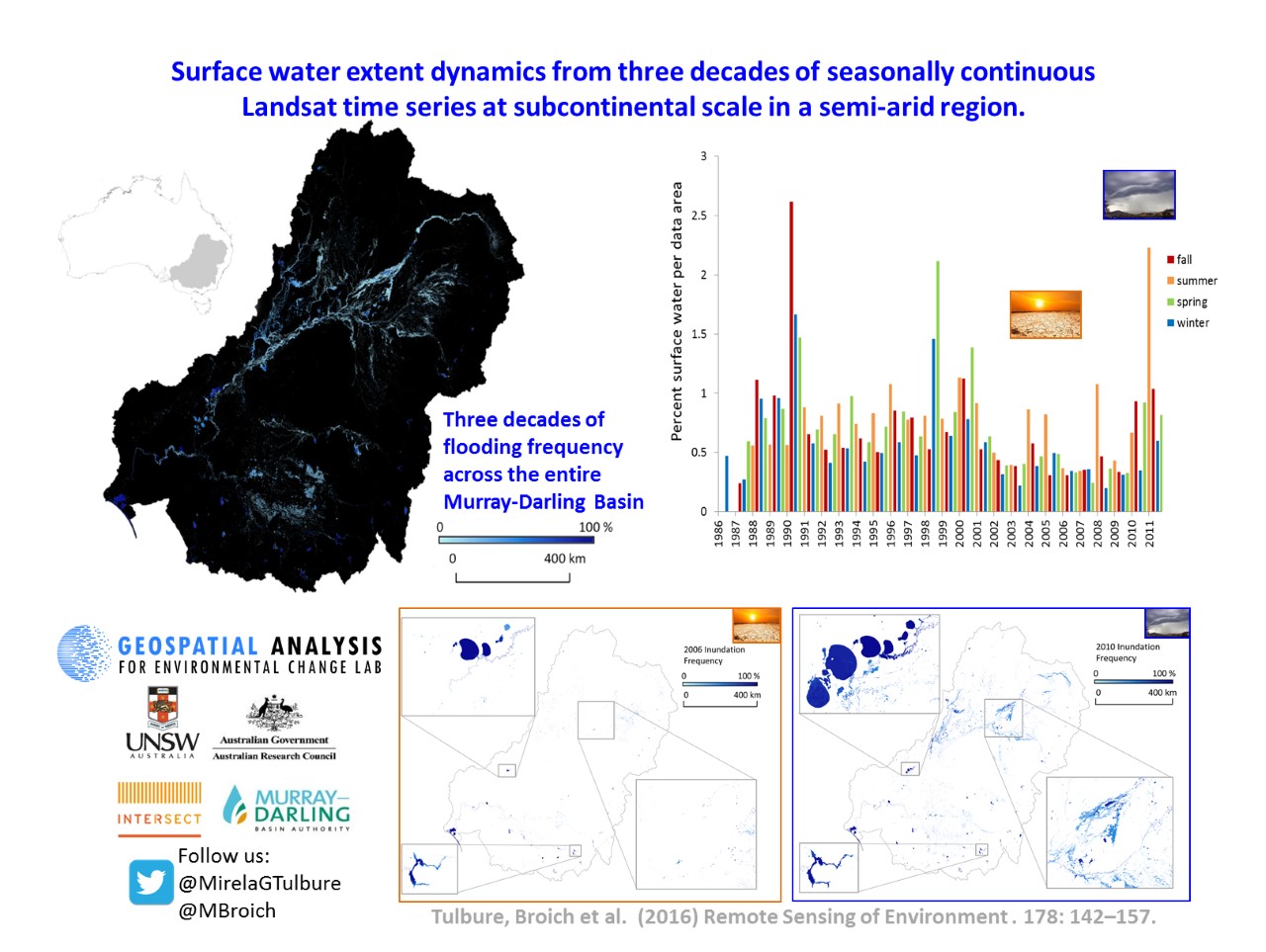 “The accuracy of surface water mapping was high and acceptable over time in wet and dry years. Providing an unbiased estimate of the accuracy of our product and quantifying the uncertainty of the estimate are imperative steps needed when remotely sensed products are used for follow on applications”, say the researchers.

Ongoing applications of the data product with practical implications include:

This work adds to the growing body of remote sensing research aimed at understanding the hydrological processes occurring in the Basin and, according to researchers, “the approach presented here can be further developed for global application and is relevant to areas with competing water demands.”