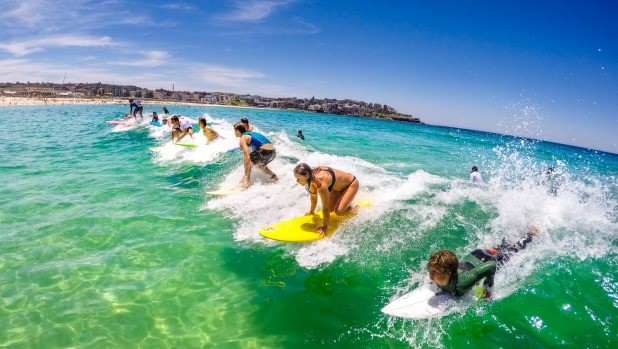 After a year of driving global temperatures to unprecedented warmth, the giant El Nino weather event in the Pacific is officially over, raising hopes that drought-hit regions may be in for some relief in Australia and elsewhere.

The Bureau of Meteorology, which was the first to declare the event had begun a year ago, on Tuesday said sea-surface temperatures in the tropical Pacific had dropped back to neutral conditions. Other indicators, such as the resumption of the typically westward-blowing tradewinds, also supported proof of the event’s demise. 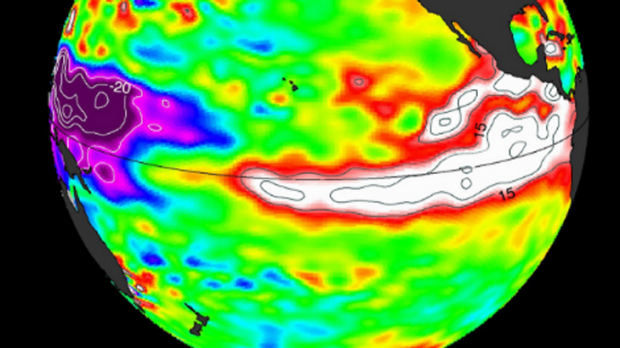 The El Nino near its height at the end of 2015, with unusually warm surface temperatures in the central and eastern equatorial Pacific. Photo: NASA

“Outlooks suggest little chance of returning to El Nino levels, in which case mid-May will mark the end of the 2015-16 El Nino,” the bureau said in its fortnightly update.
Advertisement

As predicted, the stalling of the Pacific trade winds had led to a massive build up of warmth in Pacific waters. During El Nino years the ocean takes in less heat from the atmosphere, providing a natural spurt to temperatures that built on the background warming from climate change.
Globally, the past 12 months have each set a record for that month, with four of the past five months smashing records for how much temperatures have departed from the long-term norms. After a year of driving global temperatures to unprecedented warmth, the giant El Nino weather event in the Pacific is officially over. Photo: Dallas Kilponen

The El Nino was one of the three biggest on record, similar in size to the 1997-98 and 1982-83 events, Karl Braganza, head of climate monitoring at the bureau, said.

“The last 12 months to April have been the warmest on record for Australia,” Dr Braganza said. “And this month’s been pretty warm too.”

The typical drop in rainfall for eastern and southern Australia associated with an El Nino has also been in evidence, with many inland regions unusually dry. 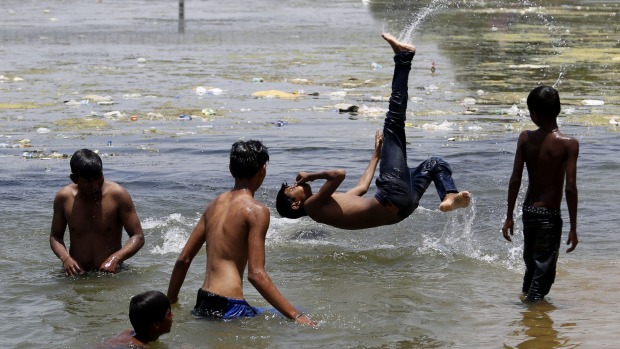 Record temperatures have scorched India in the past week, with the El Nino being partly to blame. Photo: AP

One gauge of the El Nino, the Southern Oscillation Index that measures pressure differences between Darwin and Tahiti, rose sharply in the past two weeks to return to neutral conditions, the bureau said. (See chart below.)

Last year was the hottest on record globally as the El Nino peaked in late 2015, but climatologists have noted that the bigger kick to temperatures typically comes in the second half of the event as it breaks down. 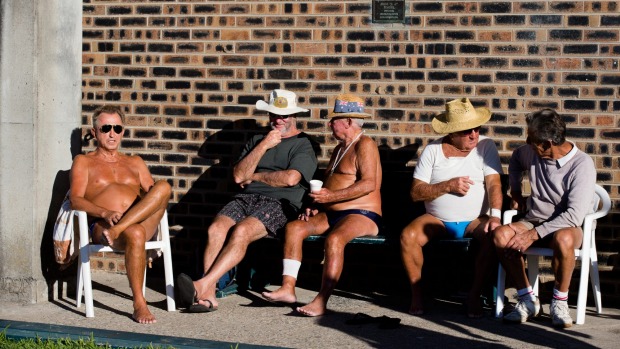 In April, average sea and land-surface temperatures were 1.1C above the 20th-century average and beat the previous record set in 2010 by 0.28C, the US National Oceanic and Atmospheric Administration said last week. Australia’s April was the second-warmest on record.

So far this year, temperatures are running 1.14C above the average for the 20th century, beating the previous record by 0.3C.

NOAA noted the first four months of 2016 were much warmer than during the previous 1997-98 El Nino, generally regarded as the biggest such event on record.

So far, this year’s temperatures are 0.45C  – or almost half a degree – warmer than that earlier El Nino, hinting at the rate of the background warming that has happened in the past two decades.

For land, the abnormal warmth was notably large. For January-April, temperatures were 2.04C above average – 0.59C hotter than the high mark set just a year earlier before the El Nino got going.

Farmers, particularly in Victoria, endured a very dry year as the El Nino unfolded. Conditions might have been worse, though, without the record warm Indian Ocean temperatures helping to feed some moisture across the continent.

The bureau said models point to about a 50 per cent chance that a La Nina will take hold this year.

“Typically during La Ninas, winter-spring rainfall is above average over northern, central and eastern Australia,” the bureau said.

“A strong La Nina can mean more rainfall for almost everywhere in Australia except for parts of WA,” Dr Braganza said.

Heavy monsoons and a more active than usual cyclone season are typical of La Nina years for Australia, with some of that big wet making its way to south-eastern Australia, he said.

Six of the eight models surveyed by the bureau suggest a La Nina will get going during Australia’s winter, although there is a spread of scenarios between neutral to a moderately strong La Nina. (See chart below).