Environmental proxies reveal 500 years of drought and flood in Australia 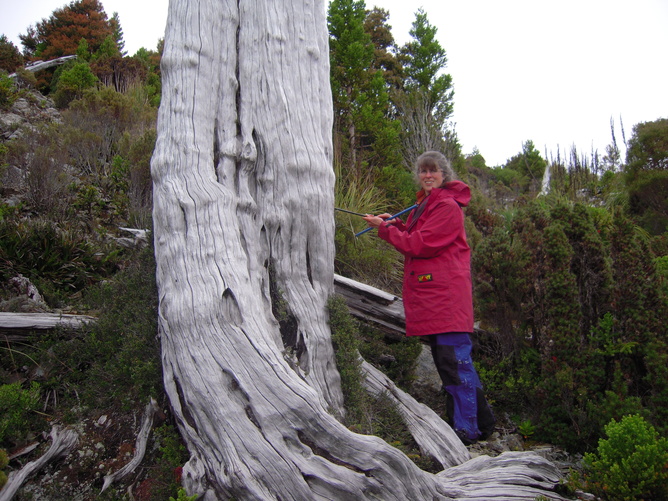 Australia is the land of drought and flooding rains, and in a recent paper we’ve shown that’s been the case for more than 500 years. As part of our Australia and New Zealand Drought Atlas we’ve published the most detailed record of drought and wet periods (or “pluvials”) since 1500.

The data reveal that despite the severity of the Millennium Drought, the five worst single years of drought happened before 1900. But 2011 was the wettest year in our 513-year record.

The dominant theme of Australia’s drought history is variability. We may get one year of extremely wet conditions (for example in 2011) or we might get six years of extremely dry conditions (such as 2003-2009).

North Queensland may be flooded out while Victoria suffers with drought. Or in extreme circumstances, the entire eastern half of Australia might be bone dry.

Even as people change the climate by adding greenhouse gases to the atmosphere, variability will continue to play a large role in Australia’s climate. This year one of the strongest El Niños on record is kicking into high gear in the tropical Pacific, driving global temperatures higher still.

To tease out these complex patterns we need to look deep into the past.

It’s in the trees (and coral)

The existing drought records are relatively short and geographically patchy. Measurements from weather stations rarely extend beyond the early 1900s and informal historical records from diaries and ships logs — some of which go back to the first days of European settlement in Australia — are relatively uncommon and limited to a few sites. This has limited our understanding of drought variability to what has been directly observed over the past 120 years.

To extend the drought record beyond 1900, we used 177 tree ring and coral records from Australia, New Zealand, and Indonesia to reconstruct summer (spanning December to February) drought conditions in New Zealand and most of Australia.

Trees and corals are sensitive to their environments. For example, trees grow less in dry years and more in wet years. We carefully examined, dated, and measured each growth ring in thousands of trees and then compared the patterns of growth to an index of drought variability, the Palmer Drought Severity Index. One of the researchers (Kathy Allen) retrieving a tree core from a king billy pine in Tasmania. Patrick Baker, Author provided

This index takes into account air temperature, rainfall, and soil water-holding capacity to give an indication of the water status of the environment. However, the data only extend back to 1900. By using the statistical relationship between drought and our tree rings and coral, we can translate the growth patterns into data going back hundreds of years.

What we found was a remarkably rich and complex history of wet and dry conditions, particularly across eastern Australia. Over the past five centuries we found extreme droughts similar to the recent Millennium Drought, but we also discovered wet periods that lasted decades.

We found short droughts of brutal intensity that blanketed all of eastern Australia, while other droughts of similar intensity were confined to small pockets across the continent.

The atlas also provides new geographical context for early historical droughts. For example, diaries from early settlers near Sydney documented a crippling drought in 1791-92. Our data demonstrate that this was one of the worst drought years in the past 500 years with extraordinarily dry conditions that stretched from Cape York to eastern Tasmania. The early colony was fortunate to survive. 1792 was one of the worst drought years Australia has experienced since 1500. Patrick Baker, Author provided

An obvious question is how do our modern droughts and floods stack up against earlier events? Of the five most extreme single years of drought in the past 500 years (when averaged across all of eastern Australia), not one occurred after 1900.

In contrast, two of the five wettest years in our data took place after 1950 (2011 was the wettest year in the 513-year record). The 1700s were particularly dry with three of the five worst drought years, but also notably had the most prolonged wet period (1730-60).

In eastern Australia, wet and dry conditions cycle back and forth over several decades, driven by the oceans around us.

When we compared the data to a recently developed index of changing atmospheric pressure called the Interdecadal Pacific Oscillation (IPO), we found remarkable consistency between the two. The IPO tells us when we have unexpectedly warmer or cooler sea surface temps and air pressures. The IPO also interacts with El Nino and La Nina to make them stronger or weaker.

You may have noticed that the Millennium Drought happened in a negative IPO phase. Our data show that there is a strong relationship between the phases of the IPO and drought – until around 1976. After that the relationship gets weaker. Why is a question for further research, but one possibility is human-caused climate change.

This new data will help us understand what drives these swings between drought and floods, and help us predict what might happen in the future.