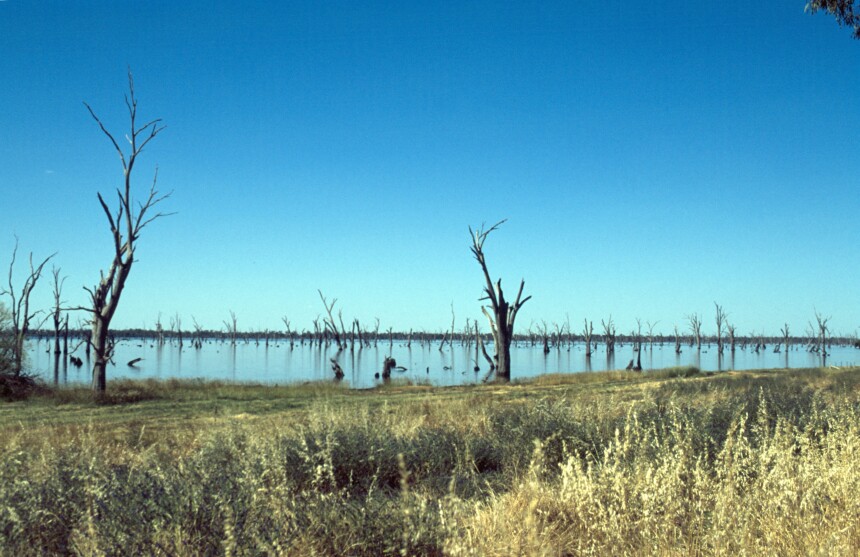 Plans to fast-track two dams in NSW have prompted calls for Federal Environment Minister Sussan Ley to apply biodiversity protection laws to help save ecosystems that would be threatened by the projects.

The appeals come as Prime Minister Scott Morrison said environmental approvals would be slashed to 30 days for major projects – down from about 90 days until this year – to help spur a post-pandemic economic revival.

The two dam proposals – to lift the Wyangala Dam wall on the Lachlan River by 10 metres and build a new weir on the Macquarie River – could have devastating impacts on major wetlands in those two valleys, say separate submissions to Minister Ley from two academics.

“If ever there was a project that should not be fast-tracked, this is it,” Jamie Pittock, a member of the Wentworth Group of Concerned Scientists, said of the proposed $650 million Wyangala plan, with 471,000 hectares of floodplain wetland likely to be “significantly desiccated”.

“It will cause great damage to downstream ecosystems and to pastoralists and Indigenous communities,” Professor Pittock, who also lectures at Australian National University, said. “There is no clear business case and there are cheaper alternatives.”

Professor Pittock urged Minister Ley to designate the wall-raising as a so-called controlled action under the Environmental Protection and Biodiversity Conservation (EPBC) act that would prompt a federal public inquiry.

A spokesman for Minister Ley said the environment department had received 25 submissions on the Wyangala wall project, with a referral decision due on June 22.

“All public submissions will be considered in making a decision about whether the referral is a controlled action or not,” he said.

“If the project is found to be a controlled action, it will be assessed under the bilateral agreement between the Commonwealth and NSW governments and, through that process, will require preparation of an Environment Impact Statement and involve further opportunity for public comment, he said.

WaterNSW said the higher wall would increase Wyangala’s storage by 53 per cent, or about 650 billion litres.

A spokeswoman for Water Minister Melinda Pavey said the wall-raising was part of a series of major projects that would be accelerated “to enhance water security during the ongoing drought and to better protect communities from future drought impacts”.

“The NSW government has cut approvals to permit preliminary works [on Wyangala] to commence as soon as this year,” she said. “This is the biggest water infrastructure build in NSW since the 1980s.”

In his submission, Richard Kingsford, a leading ecologist from the University of NSW, said a proposal to build a weir at Gin Gin near Narromine would create a weir pool extending upstream for 30 kilometres.

He said differing scoping studies put the “re-regulating storage” project at between 6 billion and 9.5 billion litres.

“This will kill riparian vegetation such as river red gums because these plants cannot tolerate permanent inundation resulting from this pool,” Professor Kingsford said, adding a range of nationally threatened fish species such the Murray cod and Macquarie perch would also be affected.

Unless the world’s governments can achieve justice in the provision of water, those who are most vulnerable will continue to suffer, Quentin Gra...

"There are some people in Australia, particularly in remote communities, that drink water quality that’s totally inadequate.”

@WaterJusticeHub will give a voice to people fighting for fair access to safe water, @GraftonQuentin tells @GeraldineDoogue.

One of the nation's leading water experts is launching a Water Justice Hub, which aims to be a voice for a fairer distribution of water in Australia.

Ever wondered where Australia’s rainfall comes from? Or what causes droughts in the Murray-Darling Basin? Check out what we found! ⁦@ozewex_org⁩ ⁦@BOM_au⁩ ⁦⁦@ClimateExtremes⁩ ⁦@TheBasinPlan⁩ ⁦@anu_wald⁩

To fully understand why droughts begin, persist and end, we need to answer the question: where does Australia’s rainfall come from? It may seem ...