Food or energy? The battle over the future of Australia’s prime agricultural land 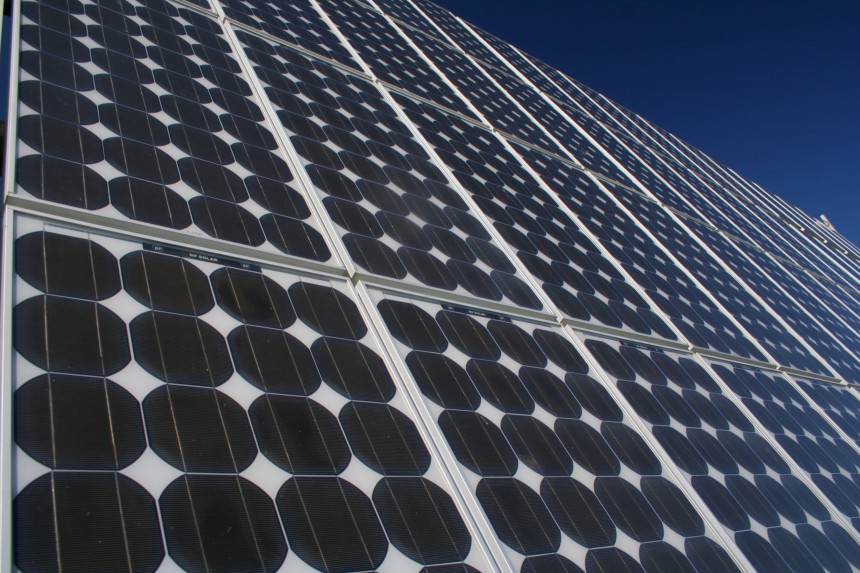 A David and Goliath battle over land is emerging in the Southern Riverina of New South Wales, with four foreign-owned energy companies racing to get their large-scale solar projects off the ground.

It has left farmers questioning whether these types of infrastructure projects should be built on productive agricultural land.

TransGrid’s high-voltage powerlines run through Sharon Feuerherdt’s crop land and she knocked back a multi-million dollar offer from French-owned Neoen to put solar panels on her land.

Instead, she intends to fight the construction of what would potentially be Australia’s largest solar farm.

The solar farm would share 9 kilometres of her fence line, blanketing 1,300 hectares of agricultural land with 1 million solar panels — something Ms Feuerhert said should not happen. 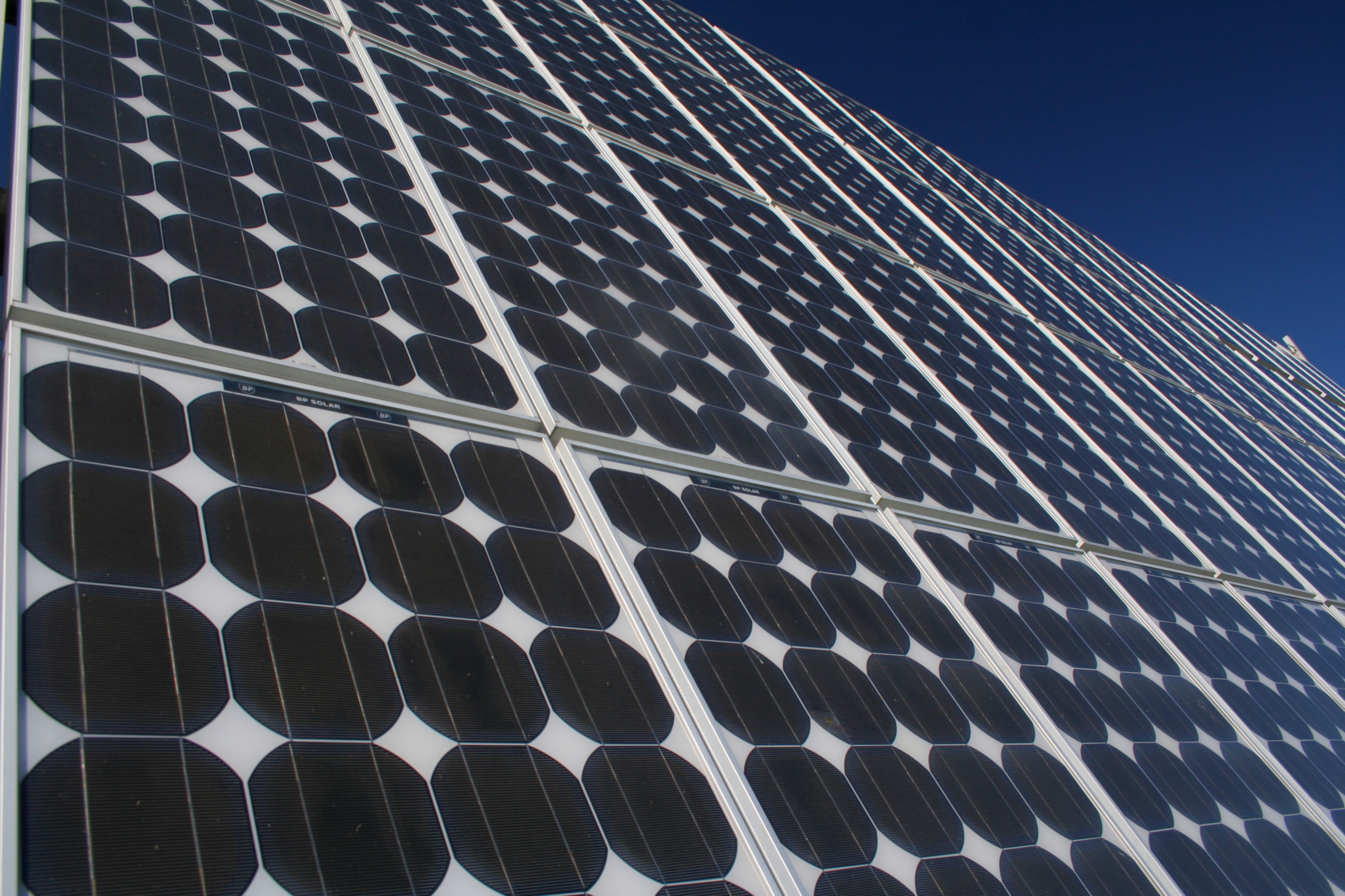 “It is prime agricultural land that’s able to produce good crops, hay, fodder and it is just way too good for a development of this nature,” she said.

“And we’re really scared that it’s going to impact our business and the neighbours.”

Agronomist Sheree Hamson said the land around Culcairn was highly productive because of the area’s consistently high rainfall.

“The region benefits from consistent rainfall of above 600 millimetres a year and has the ability of achieving dryland grain yields of above 500 tonnes a year and hay yields of up to 10t a hectare,” Ms Hamson said.

“Last year, in one of the worst droughts on record, Culcairn still produced much-needed food and fibre.

“It doesn’t make sense to cover this land in glass.”

The issue is also being felt south of the border in Shepparton, where farmers opposed four large-scale solar proposals, leading to a review by Victoria’s planning minister and the development of a new planning policy.

The head of development at Neoen Australia, Garth Heron, said if Australia wants to have cheap power into the future, large-scale renewable projects need to be built next to the existing poles and wires.

“The majority of the [large-scale solar] projects in Australia are built on good agricultural areas,” he said.

“There are few places you can actually go. You basically have to follow your large poles and wires, which are between the large metropolitan centres.”

“The cost of brand-new transmission lines could add up to 30 per cent to the power bill,” he said.

“Farming land is extremely important, but at the same time electricity is also important.

“It’s about achieving a balance, making sure that we’re preserving as much farming land as we can, but also building projects that can contribute to lowering power bills across the state.”

Across NSW regional plans have been adopted to provide a blueprint for growth until 2036, recognising the need for the state’s best agricultural land to be preserved.

The NSW Department of Primary Industries has been undertaking a three-year mapping program to identify important agricultural land.

The Minister for Agriculture, Adam Marshall, said the identification and recognition of this limited resource will support the strategic growth of agriculture and help prevent future land use conflict.

“Farming and renewable energy projects are both critical to the state’s regional economy,” he said.

“The NSW Government has guidelines in place to ensure the potential impact of projects on prime agricultural land is properly assessed during the planning approvals process.

“It is possible to support renewable energy projects while also promoting a productive agricultural sector.”

Impacted landholders fear the new map will not be completed in time to classify their land as important for agriculture and prevent the four large-scale solar projects from being approved.

They say the current classification is outdated and inaccurate, leaving the door wide open for developers.

The electricity produced from the Culcairn Solar Farm will produce enough energy to power 100,000 homes, while displacing 800,000t of carbon dioxide annually, the equivalent of taking 200,000 cars off the road or planting more than 1 million trees.

Matthew Hicks is a landowner who has agreed to lease 142ha of his Culcairn property to Neoen.

Mr Hicks said it was a good opportunity to do something productive with his land while helping the environment.

“Obviously we need to be looking after the environment and I feel like solar generation is a good way to go. It’s low impact, non-polluting and a really good fit for a rural area,” he said.

“My whole life goal has been to live on a farm which I can support myself on.

“Unfortunately, with the way the price of land has gone up and with the capacity of my farm to produce, I’ve had to maintain a five day a week job.

“The opportunity came along and, number one, it’s going to help the environment, and number two, it’ll allow me to go and follow my dream and hopefully purchase another small farm which I’ll be able to live off. 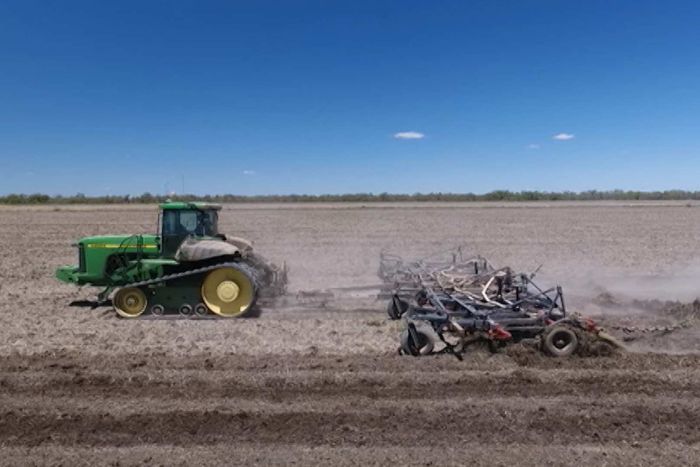 Agriculture represents the greatest contributor to revenue for the Greater Hume Shire at 29.5 per cent and is also the biggest employer at 32.8 per cent.

“We estimate a direct loss of income to the area to be approximately $50 million over 30 years,” he said.

“To take out that amount of what we class as productive agricultural land is criminal.