Global and continental flood forecasts are becoming a reality 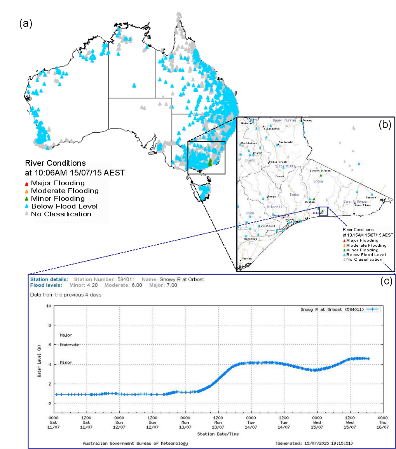 It has only really become possible to produce flood forecasts at the global scale in recent years, largely due to the integration of meteorological and hydrological modelling capabilities, improvements in data, satellite observations and land-surface hydrology modelling, and increased resources and computer power. Two of the key scientific and technological advances that have enabled the forecasting of floods at the continental and global scale include the significant increase in the skill of precipitation forecasts in recent years, and the move from deterministic to probabilistic (ensemble) numerical weather prediction (NWP).

At present, these forecasting systems are able to produce coarse-scale discharge forecasts covering entire continents or the globe. As previously discussed by Chantal, Thomas and Tom, despite recent advances, there are several grand challenges faced by international forecasting systems at present and moving forward, from data availability to resources and effective communication of forecasts.

At present, there are four operational continental scale flood forecasting systems, and two global scale. Below, I have given a very brief summary of each. These systems are continuously evolving, and are already proving to be key in supplementing national and local forecasting capabilities while supporting global-scale activities. Thanks to my co-authors at the centres running each of these systems, you can read more about each system, such as the components of the model and their operational uses, and the current state of large-scale flood forecasting (including the advances that have led to where we are now, the grand challenges facing the community, and future directions), here: Continental and Global Scale Flood Forecasting Sytems (Emerton et al., 2016). For anyone interested in reading further around national and regional forecasting systems and their histories, I also include a link to the “Flood Forecasting, A Global Perspective” book discussed in last week’s post.

EFAS has been fully operational since 2012, with the aim of providing transnational, harmonised early warnings of flood events and hydrological information to national agencies, complementing local services. Four different meteorological forecasts are used as input to the Lisflood hydrological model, producing simulated ensemble hydrographs; however, these alone do not constitute a flood forecast – a decision-making element needs to be incorporated (Thielen et al., 2009). As such, historical meteorological data are run through Lisflood to calculate a 22-year time series of river flow, providing reference thresholds for minor or major flooding. EFAS sends warning emails to national authorities responsible for flood forecasting across Europe, and daily overviews are sent to the Emergency Response Coordination Centre (ERCC) of the European Commission. 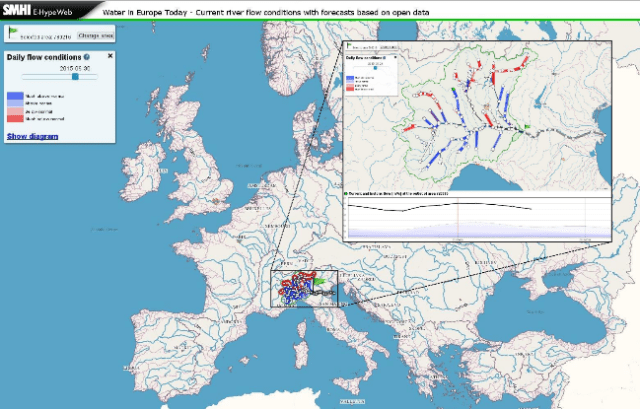 E-HYPE is a multipurpose model based on open data, which is used for various applications such as water management, research experiments and flood forecasts. The E-HYPE Water in Europe Today (WET) tool compares the current hydrological situation with climatological data and past modelled events. E-HYPE currently uses a single deterministic NWP input, although ensemble forecasting is intended for future system developments. Alongside natural processes, HYPE also takes into account anthropogenic influences including irrigation and hydropower. 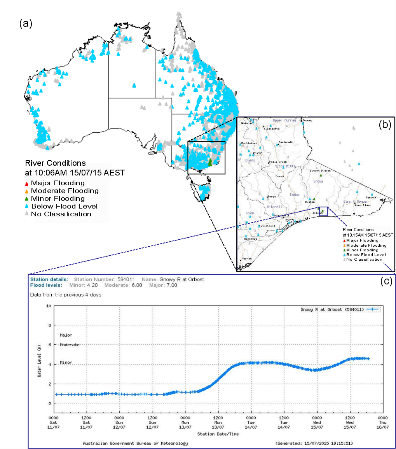 The BoM has been producing flood forecasts operationally for several decades, with the technology and systems used to produce these forecasts continually evolving. Recently, short-term continuous streamflow forecasting has been introduced, alongside event-based hydrological modelling and nowcasting using radar rainfall estimates. The BoM system uses various resolutions (each covering a different spatial scale) of their own deterministic NWP model as input to the Génie Rural á 4 Paramètres (GR4) hydrological models, and forecasters are also able to produce “What If” precipitation scenarios to force the hydrological models. For event-based forecasts, local models are used in support of the continental scale system. 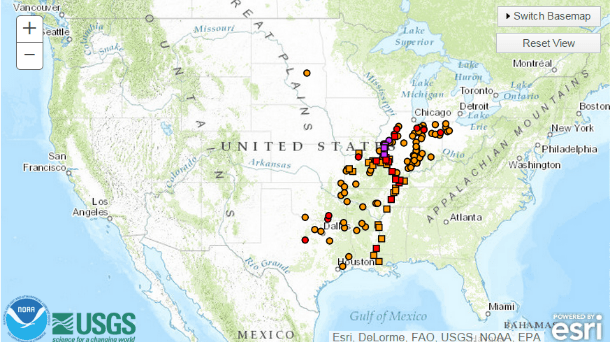 The HEFS has been running experimentally at several regional River Forecast Centres (RFCs) across the U.S. since 2012, and is currently being rolled out operationally at all 13 RFCs. The HEFS aims to produce ensemble streamflow forecasts that seamlessly span lead times from less than 1 hour up to several  years, and that are spatially and temporally consistent, calibrated and verified. The HEFS takes four meteorological inputs; two NWP models, alongside the RFC forecasts and historical observations, and each RFC may use a different combination of 19 components within the Hydrologic Processor suite (which contains various hydrologic, hydraulic, reservoir and routing models). Also included in the HEFS are pre- and post-processing steps which allow both the uncertainties in the meteorological input and the hydrology to be taken into account. 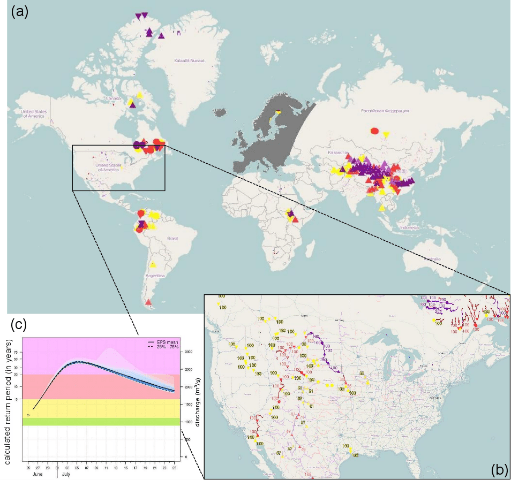 GloFAS (Alfieri et al., 2013) has been producing probabilistic flood forecasts for the global river network with up to 2 weeks lead time in a pre-operational environment since 2011, and can provide downstream countries with early warnings and information on upstream river conditions alongside global overviews of upcoming flood events in large river basins. GloFAS takes the surface and sub-surface runoff from the ECWMF ensemble prediction system as input to the Lisflood river routing model, with runoff from the ERA-Interim reanalysis archive also run through Lisflood, in order to compute return periods for the global river network. Unlike EFAS, GloFAS does not directly disseminate flood warnings, as each country has national procedures to follow, but anyone is able to access and analyse the forecasts for decision-making purposes and research. 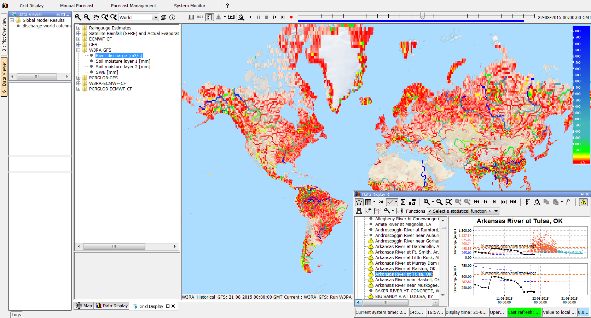 GLOFFIS is a research-oriented operational system based on Delft-FEWS (56), and similarly to several of the continental-scale systems, uses several meteorological inputs to drive two hydrological models; PCR-GLOBWB and W3RA. The idea behind this is to validate, verify and inter-compare real-time rainfall products as they become available. The first version of GLOFFIS went live in 2015, used internally at Deltares and by their customers. GLOFFIS is intended to be a research tool on predictability and interoperability first and foremost, but will be suitable for a wide range of applications once fully operational.