Global precipitation variability decreased from 1940 to 2009 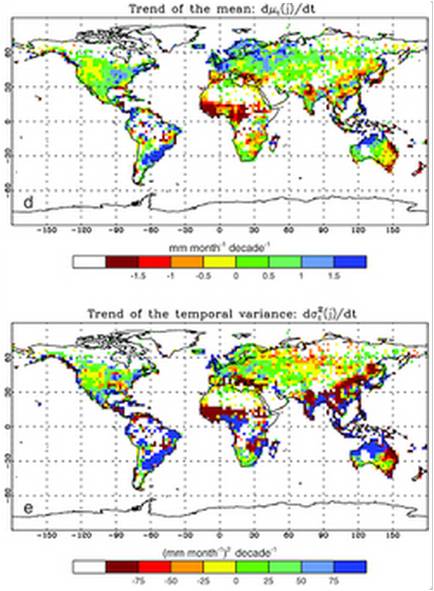 One of the strongly held assumptions of climate change is that the variability of precipitation will grow with an increase in temperature. Storms will become heavier but less frequent. Flash floods and droughts will increase. Regions that see extensive rainfall will get even more while arid regions will dry out. These projections stem from the way temperature affects precipitation patterns in global models.