Globally, floods seem to be decreasing even as extreme rainfall rises. Why?

June 29, 2017 Seth Westra and Hong Xuan Do, University of Adelaide Leave a comment 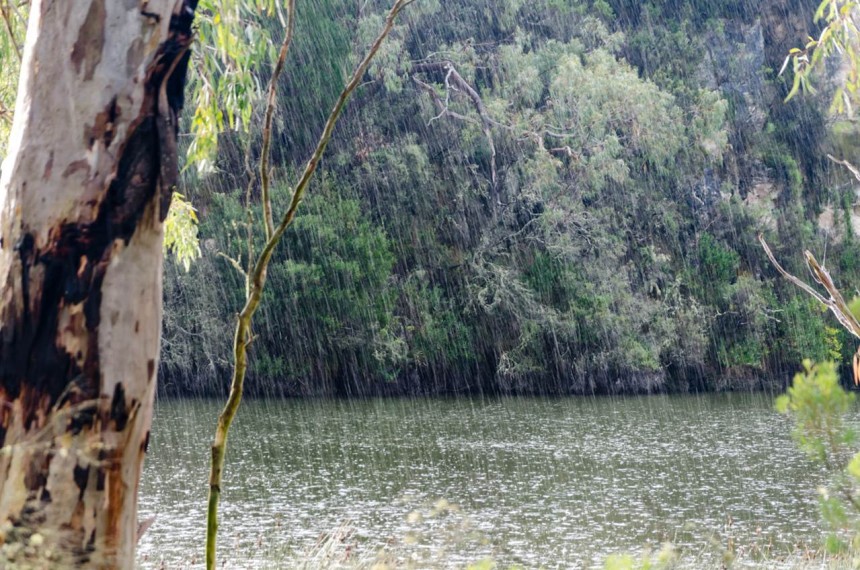 Over the past decade we have seen a substantial increase in our scientific understanding of how climate change affects extreme rainfall events. Not only do our climate models suggest that heavy rainfall events will intensify as the atmosphere warms, but we have also seen these projections start to become reality, with observed increases in rainfall intensity in two-thirds of the places covered by our global database.

Given this, we might expect that the risk of floods should be increasing globally as well. When it comes to global flood damage, the economic losses increased from roughly US$7 billion per year in the 1980s to US$24 billion per year in 2001-11 (adjusted for inflation).

It would be natural to conclude that at least some of this should be attributable to climate change. However, we know that our global population is increasing rapidly and that more people now live in flood-prone areas, particularly in developing countries. Our assets are also becoming more valuable – one only needs to look at rising Australian house prices to see that the values of homes at risk of flooding would be much greater now than they used to be in decades past.

So how much of this change in flood risk is really attributable to the observed changes in extreme rainfall? This is where the story gets much more complicated, with our new research showing that this question is still a long way from being answered.

Are floods on the rise?

To understand whether flood risk is changing – even after accounting for changes in population or asset value – we looked at measurements of the highest water flows at a given location for each year of record.

This sort of data is easy to collect, and as such we have reasonably reliable records to study. There are more than 9,000 streamflow gauges around the world, some of which have been collecting data for more than a century. We can thus determine when and how often each location has experienced particularly high volumes of water flow (called “large streamflow events”), and work out whether its flood frequency has changed.

We found that many more locations have experienced a decrease in large streamflow events than have experienced an increase. These decreases are particularly evident in tropical, arid, and humid snowy climate regions, whereas locations with increasing trends were more prevalent in temperate regions.

To understand our findings, we must first look closely at the factors that could alter the frequency and magnitude of these large streamflow events. These factors are many and varied, and not all of them are related directly to climate. For example, land-use changes, regulated water releases (through dam operations), and the construction of channels or flood levées could all influence streamflow measurements.

We looked into this further by focusing on water catchments that do not have large upstream dams, and have not experienced large changes in forest cover that would alter water runoff patterns. Interestingly, this barely changed our results – we still found more locations with decreasing trends than increasing trends.

The Australian Bureau of Meteorology and similar agencies worldwide have also gone to great lengths to assemble “reference hydrological stations”, in catchments that have experienced relatively limited human change. Studies that used these sorts of stations in Australia, North America and Europe are all still consistent with our findings – namely that most stations show either limited changes or decreases in large streamflow events, depending on their location.

What can we say about future flood risk?

So what about the apparent contradiction between the observed increases in extreme rainfall and the observed decreases in large streamflow events? As noted above, our results don’t seem to be heavily influenced by changes in land use, so this is unlikely to be the primary explanation.

An alternative explanation is that, perhaps counterintuitively, extreme rainfall is not the only cause of floods. If one considers the 2010-11 floods in Queensland, these happened because of heavy rainfall in December and January, but an important part of the picture is that the catchments were already “primed” for flooding by a very wet spring.

Perhaps the way in which catchments are primed for floods is changing. This would make sense, because climate change also can cause higher potential moisture loss from soils and plants, and reductions in average annual rainfall in many parts of the world, such as has been projected for large parts of Australia.

This could mean that catchments in many parts of the world are getting drier on average, which might mean that extreme rainfall events, when they do arrive, are less likely to trigger floods. But testing this hypothesis is difficult, so the jury is still out on whether this can explain our findings.

Despite these uncertainties, we can be confident that the impacts of climate change on flooding will be much more nuanced than is commonly appreciated, with decreases in some places and increases in others.

Your own flood risk will probably be determined by your local geography. If you live in a low-lying catchment close to the ocean (and therefore affected by sea level rise), you’re probably at increased risk. If you’re in a small urban catchment that is sensitive to short sharp storms, there is emerging evidence that you may be at increased risk too. But for larger rural catchments, or places where floods are generally caused by snow melt, the outcome is far harder to predict and certain locations may see a decrease in flooding.

All of this means that a one-size-fits-all approach is unlikely to be suitable if we are to allocate our resources wisely in adjusting to future flood risk. We must also think about the effects of climate change in a broader context that includes changes to land-use planning, investment in flood protection infrastructure, flood insurance, early warning systems, and so on.

Only by taking a holistic view, informed by the best available science, can we truly minimise risk and maximise our resilience to future floods.