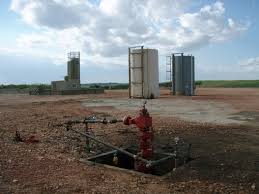 Respected hydrogeologist, Dr Richard Cresswell, has told farmers at a conference in Sydney that the Santos coal seam gas operation in the Pilliga is no threat to the water resource there.

Dr Cresswell, a former CSIRO hydrogeologist, sits on the Federal Governments expert advisory committee on large coal seam gas projects and was the lead scientist on a CSIRO study of the Great Artesian Basin (GAB).

He is employed by Jacobs Engineering who provide engineering, design, project management and environmental services to Santos and his presentation at the conference was sponsored by that company.

The first is that it could contaminate the underground water if there was a problem in the drilling operation and that leaked into the Great Artesian Basin.

The second is that it could contaminate the surface water and that could get into the basin as it recharges.

Dr Cresswell said the coal seam gas in the Pilliga is found in a formation called the Gunnedah Basin, which is a layer beneath the Great Artesian Basin, and there is no linkage between the two.

“There’s a thick layer of tight, impermeable rock…that limits the amount of water that permeates between the Gunnedah Basin and the GAB,” he said.

“We found no evidence of leakage between the Gunnedah basin and the overlying Pilliga sandstone which is the main aquifer of the GAB in this area.”

He said the Narrabri Gas Project is sitting on the recharge zone of the GAB, but it is not sitting on a high rainfall area or an outcrop, which means it will not have an impact on recharge.

“The site is most fortuitous,” he said.

“It turns out to be one of the best sites in terms of low recharge for the region.”