Is the past a suitable proxy for future hydrologic conditions? 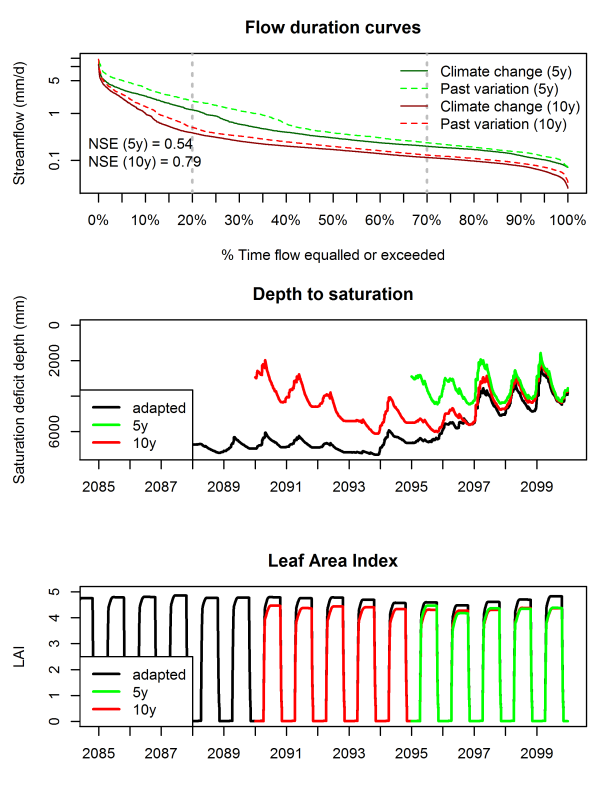 As the climate changes, past observations may no longer represent the future we’re trying to predict; this could invalidate models calibrated to observed data. Hydrologists have traditionally addressed this problem by looking to past climate variability as a proxy for future change. For example, if a model calibrated under wet conditions experiences a reduction in performance when applied to a 20% drier period, we assume similar performance degradation for a 20% drier future period. However, past variability may not be a good proxy for climate change because:

1. Climate change is persistent. A short past period with equivalent conditions might not capture the full impacts of lagged responses, e.g. gradual groundwater decline.

2. The wet/dry past period is likely to be cooler than the climate change case.

3. The past record doesn’t reflect future levels of atmospheric CO2, which impacts plant water use.

If these effects are important for catchment response, it follows that studies using past variability have probably overestimated model robustness to climate change. This issue cannot be addressed through observation-driven analysis, since there are no observations of the future. Instead, we used virtual catchment experiments, where our ‘catchment’ was a detailed ecohydrological model built in RHESSys. RHESSys simulates dynamic vegetation growth, nutrient cycling and subsurface storage/flow. It can reasonably represent a catchment being exposed to long-term rainfall shifts, higher temperatures and increased CO2, allowing us to investigate how these factors might influence hydrologic response. We compared the results directly against RHESSys simulations of runoff under the same rainfall, but over a five or ten-year period without temperature and CO2 increases (representing wet/dry past periods). The difference between past and future simulations represents the additional model error under climate change that cannot be estimated by examining performance over wet/dry past periods.

The results indicate that hydrologic model robustness to climate change is probably overestimated in the current literature. Hydrologic simulations of the future may be improved by accounting for systematic biases introduced by altered groundwater conditions and vegetation response to climate change. However, hydrologic impacts would need to be generalised across different scenarios and locations, which is currently limited by process understanding. At a minimum, water practitioners applying conceptual models should be aware of the uncertainties introduced under climate change due to complex environmental shifts. 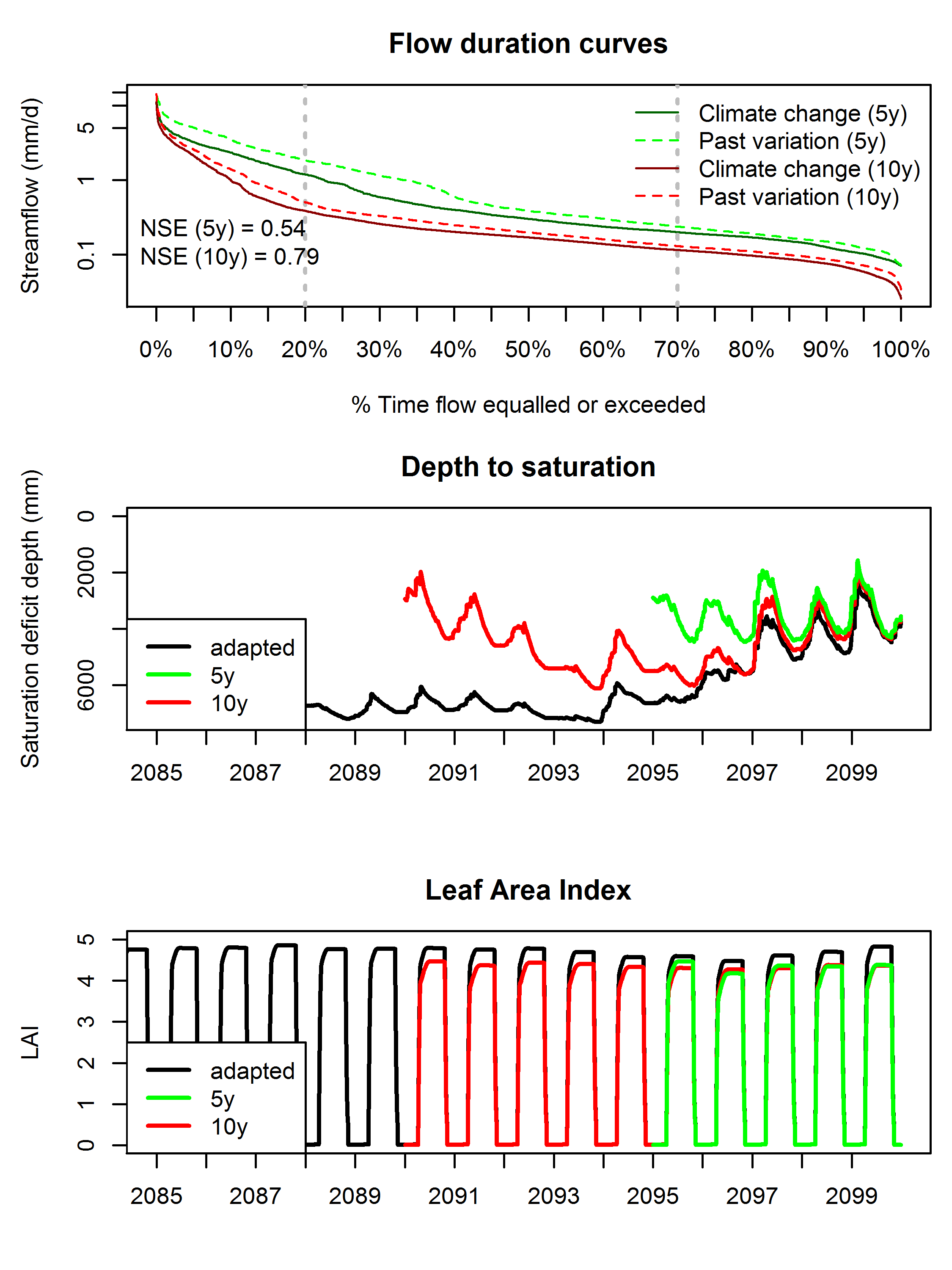