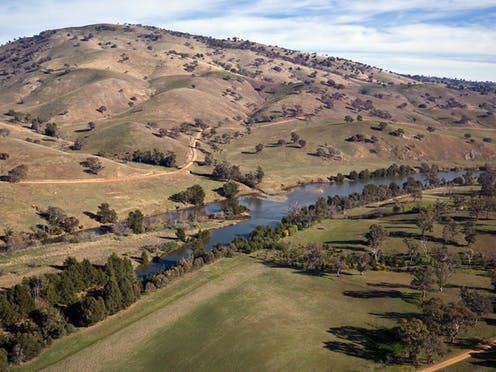 Delivery of the Murray-Darling Basin Plan has been secured with state and federal governments agreeing to terms about how environmental water will be returned to rivers.

Up to 450 gigalitres will be returned to the environment, provided it does not have a negative socio-economic impact on river communities, based on criteria agreed to by the states.

“For the first time since Federation, all the basin states and the Commonwealth have agreed on on the management of the Murray-Darling Basin system,” Mr Littleproud said.

“We’ve reached an agreement on the 450 gigalitres and the socio-economic test, one that respects the parameters of the legislation that was put in 2012, that’s all we’ve done.”

The criteria, yet to be released, will allow up to 450 gigalitres to be returned to the environment, in addition to the original 2750 gigalitres under the Murray-Darling Basin Plan.

“We will each be applying the same criteria to every single proposal and every single project to ensure that only those projects that are neutral or provide better socio-economic outcomes will be approved through this process,” Ms Neville said.

“That does give certainty to communities to know that we’ve got their backs, we want to make sure that they are thriving businesses and thriving communities and we are also delivering for the environment.”

As part of the agreement, SA Water Minister David Speirs secured federal funding for environmental projects in the Coorong and Adelaide’s desalination plant.

Mr Speirs said he had “reached out to his fellow ministers, to negotiate with them, not to roll over, but negotiate in a robust and respectful way and the agreement we have reached today is truly historic”.

NSW used today’s meeting in Melbourne to call for the decentralisation of the Murray-Darling Basin Authority.

“You can’t implement or monitor a plan like this from a high-rise tower in Canberra, you need to have people on the ground within the Murray-Darling Basin,” NSW Water Minister Niall Blair said.

The ministers also agreed to expand the board of the Murray-Darling Basin Authority to include indigenous representation.

Earlier, hundreds of protestors had gathered outside calling for the deal to protect their community and the environment.

Shelley Scoullar, from community group Speak UP, said environmental water could not be delivered at the detriment of communities.

“The ministers are in there now making a decision that if they do not get this right, they are going to decimate rural communities, decimate farmers and we don’t want that,” Ms Scoullar said.