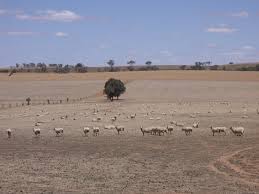 Drought and water stress monitoring plays an important role in the management of water resources, especially during periods of extreme climate conditions. A recently developed drought index that considers both hydrometeorological and ecological concepts has revealed new aspects in water stress monitoring which previous indices were not able to.

In recently published research, Mr Mohammad Azmi and colleagues developed a data fusion-based drought index (DFDI) and used it to analyse three different locations of varying land use and climate regimes in Australia.

According to the researchers “the proposed index comprehensively considers all types of drought through a selection of indices and proxies associated with each drought type.”

Three different multivariate methods were used to aggregate the SDIs located within each group. For the two clusters in which the grouped SDIs best reflected the water availability and vegetation conditions, the variables were aggregated based on an averaging between the standardized first principal components of the different multivariate methods. Then, considering those two aggregated indices as well as the classifications of months (dry/wet months and active/non-active months), the proposed DFDI was developed.

The authors note a key finding of the research is that the proposed index has revealed new aspects in water stress monitoring which previous indices were not able to, by simultaneously considering both hydrometeorological and ecological concepts to define the real water stress of the study areas.