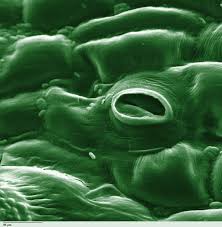 Droughts resulting from global climate changes have severe implications on water management, balancing, and irrigation scheduling in Australia and in many countries around the world. Reference evapotranspiration (ET0) in not only a key component of hydrologic cycles, it is also a vital parameter for decision making. Its estimation employs simple empirical formulas to complex physically-based methods; however the FAO56 Penman-Monteith is universally recommended.

New research, published in Water Resources Management, suggests the shortcoming of this approach is its dependence on climate variables such as air temperature, relative humidity, wind speed and solar radiation which are seldom available from many meteorological stations. The team of researchers from Edith Cowan University note that where data from meteorological stations is limited, methods that require fewer datasets are absolutely necessary.

According to Dr. Mehdi Khiadani, part of the research team from ECU “a wide variety of alternative methods have been formulated and validated in different geographical locations but no one method is globally acceptable. The objective of this research was to either simplify existing formula or develop new equations for Australia that are less reliant on climate data.”

The development of new equations was based on climatic data for an area covering more than 500 000 km2 in the Pilbara region of Western Australia while validation used data from other parts of the country. Classified as arid-topical climate, the Pilbara has two distinct seasons; mild winter (May to September) and hot summer (October to April). On average the maximum daily temperature exceeds 40 °C in summer with a minimum of about 25 °C and an annual average rainfall of 330 mm which is extremely variable. Eight weather stations located in Western Australia (within the study area) were used to develop and calibrate proposed equations. Testing and validation of these equations was based on data from weather stations located in other Australian states. Daily climatic data including air temperature, relative humidity was obtained for this study from the Australian Government Bureau of Meteorology for January 2001 to December 2011, a total of 10 years.

In Australia, the FAO56 Penman-Monteith is the most prevalent method for estimating ET0 and values for different regions are available from the Scientific Information for Land Owners (SILO). Other equations such as Hargreaves-Samani, Thornthwaite, Hamon, Mc Guinness-Bordne, Irmak and Jensen-Haise are popular methods in other parts of the world. In this study, proposed equations were developed based on the surface polynomial regression technique and improved using the Modified Honey-Bee Mating Optimization (MHBMO) algorithm. In an effort to reduce the number of input parameters, only the mean and maximum daily air temperature, extra-terrestrial radiation, and relative humidity were used in formulating new equations.

Statistical parameters such as mean squared error, root mean square error, reduction of error and coefficient of determination (R2) were used to assess the performance of the methods. Results indicated that the two developed equations predicted values of ET0 determined using the FAO56 Penman Monteith method with R2 = 0.942 and 0.959. These values were further improved to R2 = 0.968 and 0.974, respectively, after applying the MHBMO algorithm. Moreover, these improved equations best predicted values of ET0 in comparison with the six popular methods mentioned earlier. The best of the six popular methods was the Hargreaves-Samani with R2 = 0.967. An attempt to calibrate the Hargreaves-Samani approach using the MHBMO algorithm showed no further improvement in the prediction of ET0.

The overall recommendation made by the researchers was that the MHBMO modified versions of the developed equations are endorsed as a simpler approach to estimating ET0 for various regions in Australia.