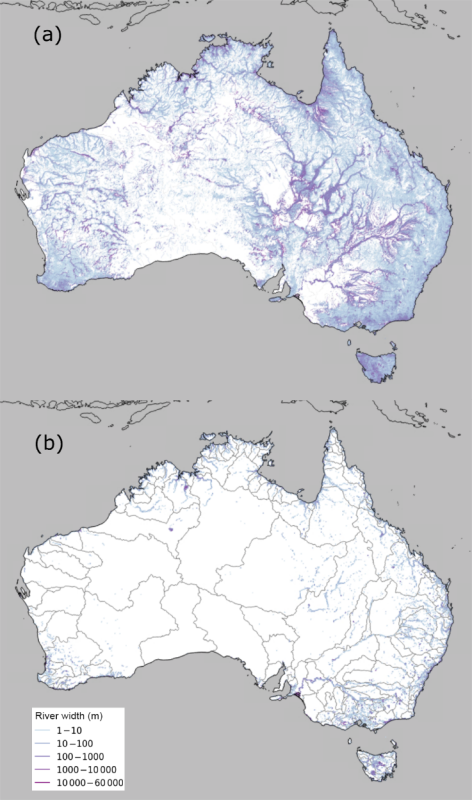 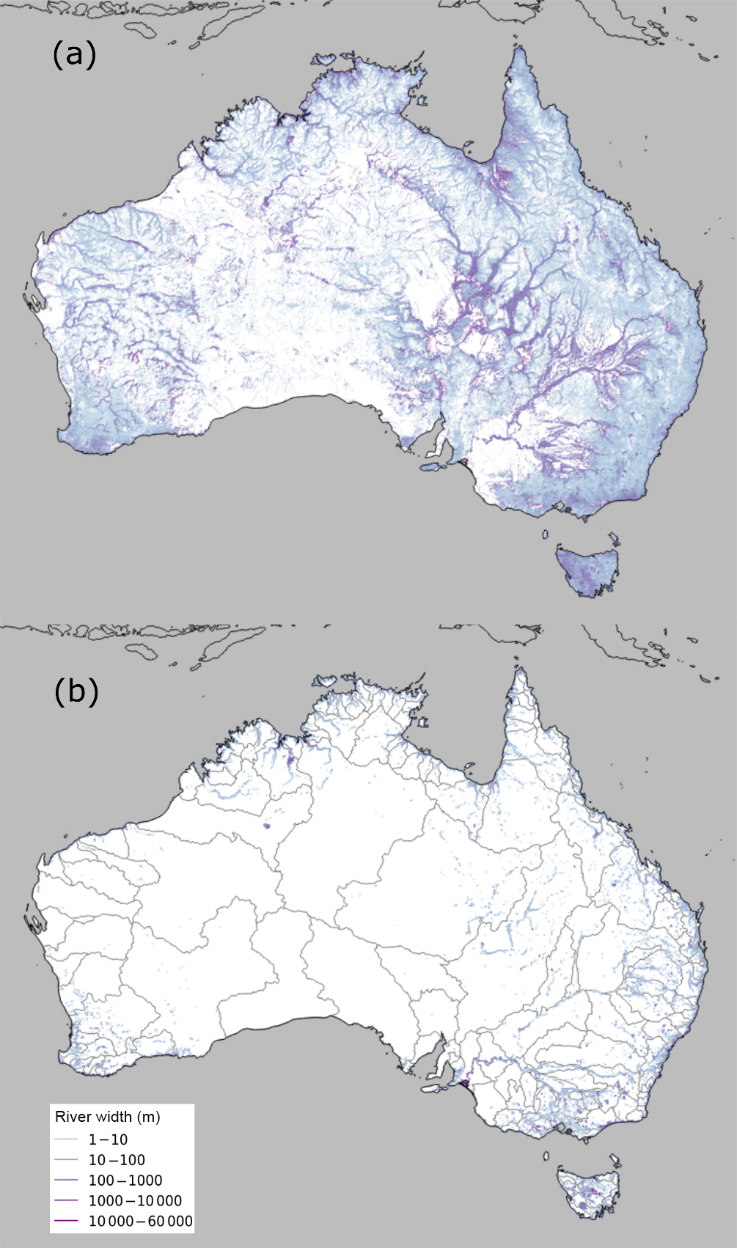 Figure 1 Maximum (a) and minimum (b) river width across Australia; 218 river regions delineated in grey in (b).

Our hydromorphological dataset provides river width at different recurrence frequencies, flow regime (γ) and river gradient for 1.4 million Australian river reaches. As Figure 1 shows, there are large differences between maximum and minimum widths across Australia. Most river reaches are ephemeral while the (semi-) permanent rivers are distributed along the northern and eastern coasts. Numerous river reaches in the interior Lake Eyre Basin, in the tributary catchments of the Murray–Darling Basin, and along the Gulf of Carpentaria have very broad maximum widths with ephemeral flow patterns (Figure 1). The total reach length over Australia decreases by a factor of 21 as recurrence frequencies increase from 0.5% to 80%, and the majority of river widths range from 25 m (limited by the spatial resolution of Landsat imagery) to 250 m irrespective of recurrence frequency. The dominant flow regime for Australian rivers is ephemeral or intermittent (γ = 0.1-0.6).

The new data are available from the National Computational Infrastructure (NCI) THREDDS Data Server. The data are in ASCII format, which can be downloaded and easily combined with the Geofabric product in ArcGIS or QGIS, along with other Geofabric data, such as flow direction, river length, hierarchy (major or minor rivers), and feature type (nature, artificial, or water area flow segment), etc., for different kinds of applications. 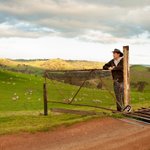 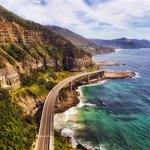 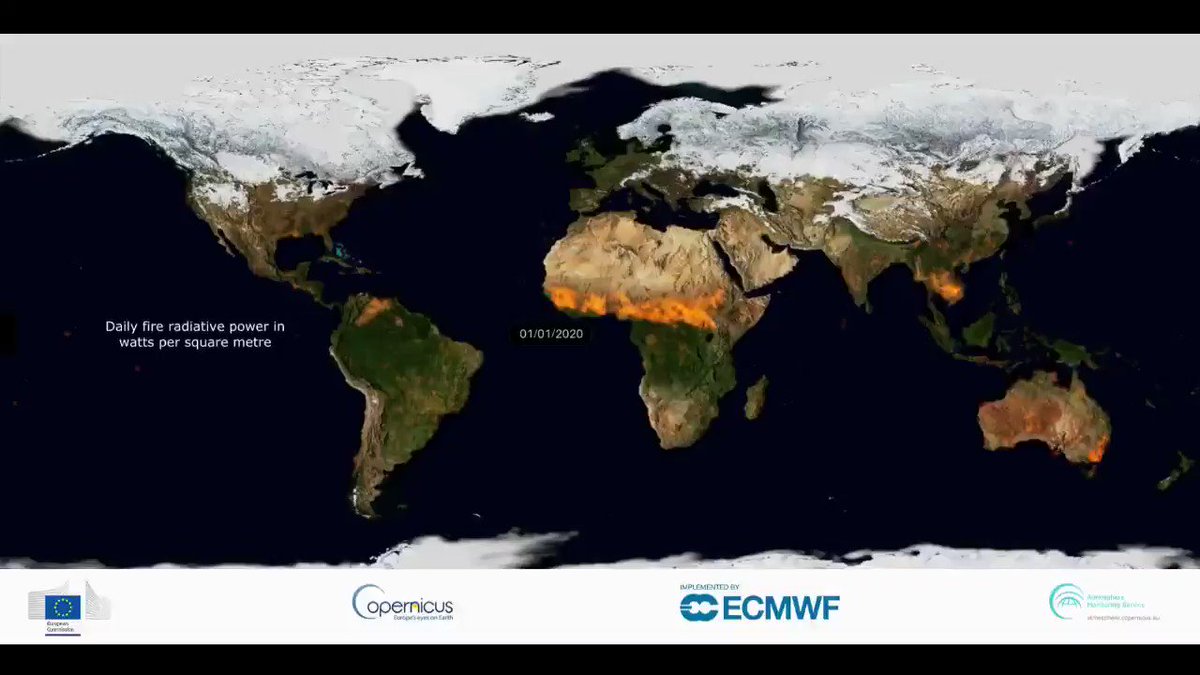 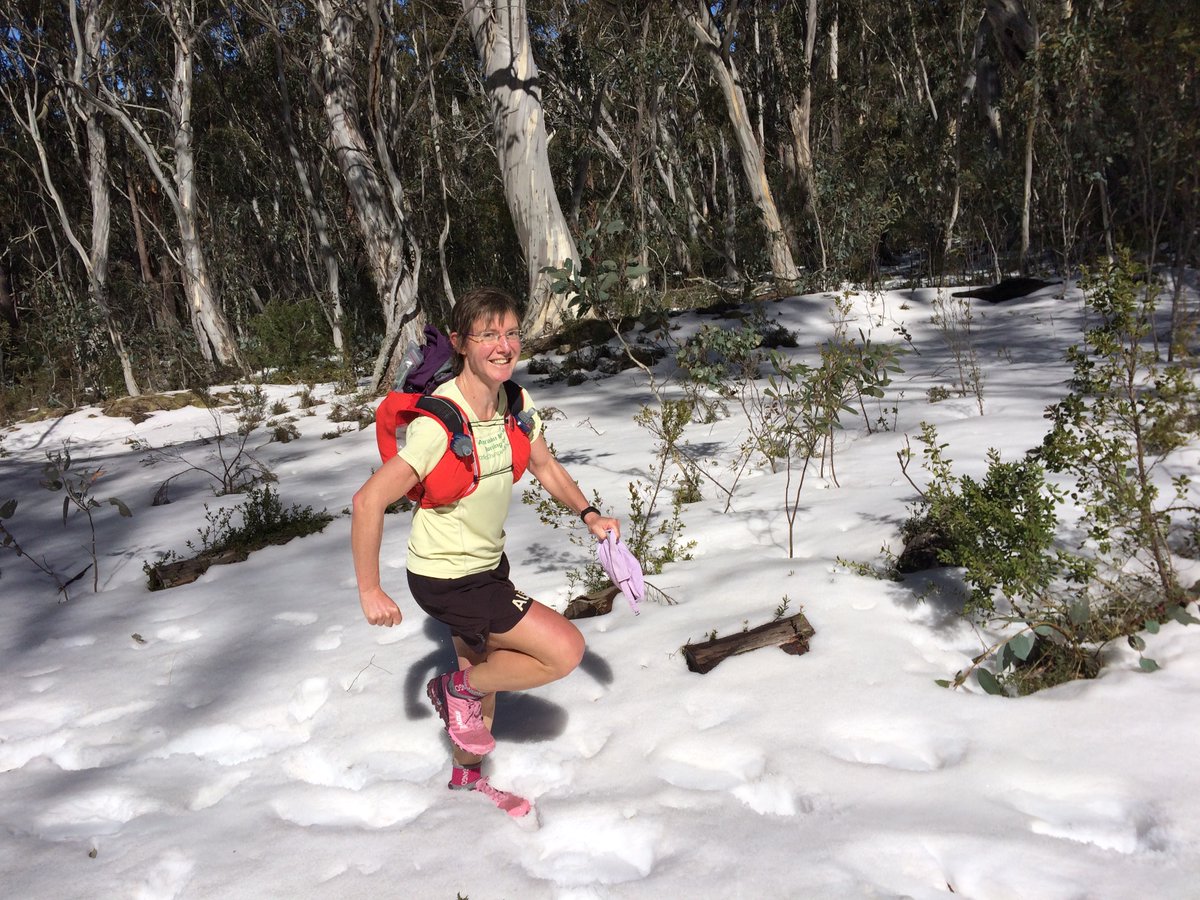