New insights into how ENSO and IOD alter Australia’s precipitation 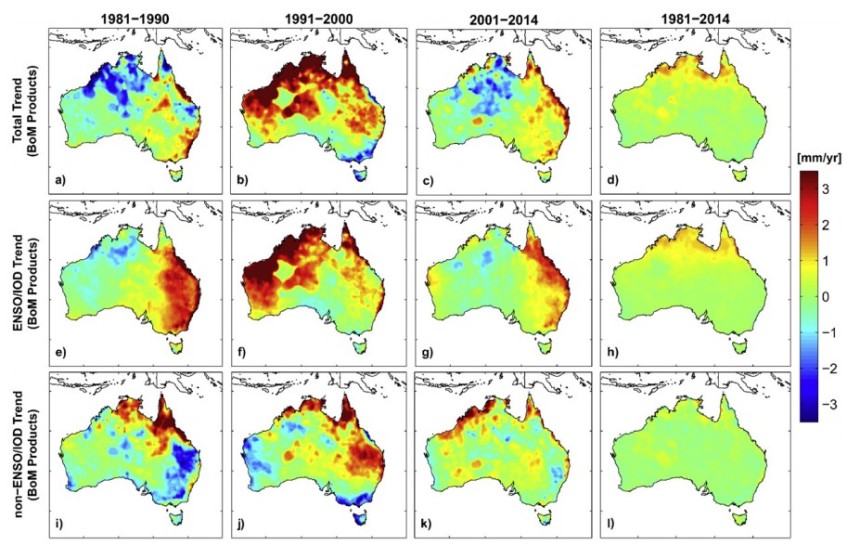 New research has found that linear trends in rainfall across Australia between 1981 and 2014 were largely attributable to El Niño Southern Oscillation (ENSO) and the Indian Ocean Dipole (IOD). The same study also found that both intra-annual and seasonal rainfall changes associated with ENSO/IOD increased from 1991 to 2014.

In research recently published in Remote Sensing of Environment, Dr Ehsan Forootan (University of Bonn) and colleagues used a non-stationary statistical approach to estimate precipitation variations over Australia that are likely associated with the ENSO/IOD pattern and those that are not.

“The greatest precipitation variations associated with ENSO/IOD were found over the Northern and North East Coast, while the smallest contributions were for Tasmania and the South West Coast basins,” says Dr Forootan.