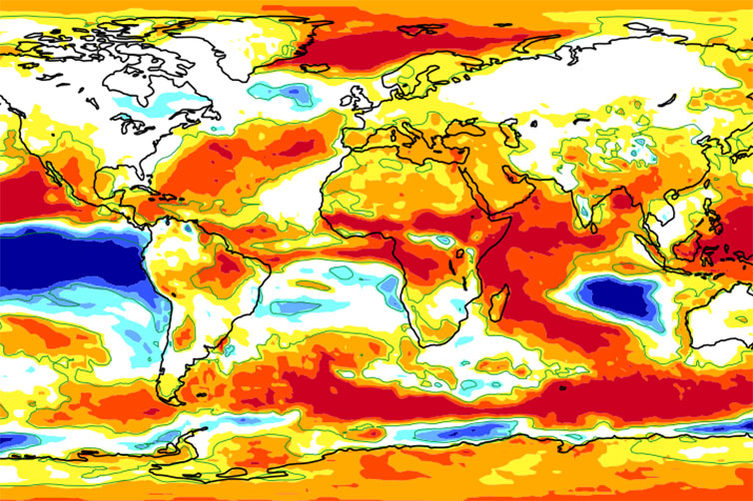 ECMWF’s seasonal forecasts help to give an idea of large-scale weather patterns up to seven months in advance at the moment. They are best known for successful predictions of El Niño and La Niña events. These periods of anomalous warming or cooling in the tropical eastern Pacific have a strong impact on the weather locally, but also influence global weather patterns.

SEAS5 brings noticeable improvements in forecast skill for El Niño/La Niña and for the tropics more generally. Predictions of Arctic sea ice and near-surface temperature in the northern hemisphere are also improved, notably as a result of including an interactive sea-ice model in SEAS5.

The plot shows the skill in predicting sea-surfaces temperatures in the NINO3.4 region for SEAS5 (red), ECMWF’s previous seasonal prediction system (blue), and forecasts in which current conditions are persisted into the future (black). It shows the mean square skill score, which can vary between 1 for a perfect forecast and 0 for a forecast which is no better than average climatological conditions. The scores are based on 432 starting dates between 1981 and 2016.

Horizontal resolution has more than doubled both in the ocean model (from 1 degree to 0.25 degrees) and in the atmospheric model (from 80 km to 36 km), enabling much more detailed forecasts.

ECMWF project lead Tim Stockdale said: “SEAS5 uses a version of ECMWF’s state-of-the-art Integrated Forecasting System (IFS) and represents six years of model development. The resolution upgrade is a huge step forward, particularly in the accuracy of representing the global ocean. The influences of the land surface are also better represented. For the future, a major goal is to improve predictions for the stratosphere to make the maximum use of all sources of predictability.” 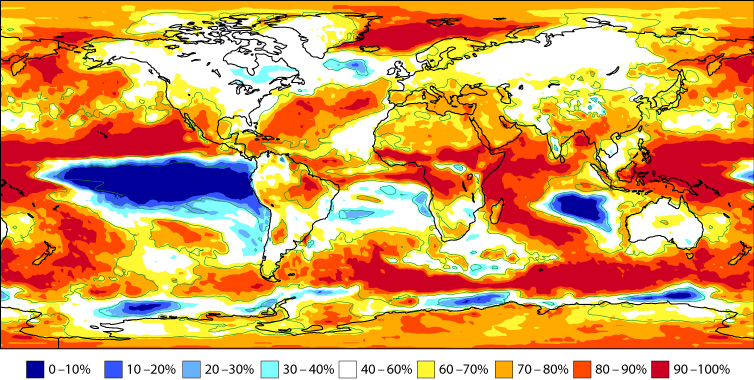 The plot shows the probability of 2-metre temperature being above the climatological median for December 2017 to February 2018, according to the first operational SEAS5 forecast. Past statistics suggest that the forecast is more reliable in some regions of the world, such as the eastern tropical Pacific and the Arctic, than in others. The yellow shading in parts of Europe signifies probabilities between 60 and 70%. Weak signals such as this imply a high degree of uncertainty.

An immediate application is the use of SEAS5 by the Global Flood Awareness System (GloFAS) to create the first ever operational global long-range river-flow forecasting system. This could mean much earlier awareness of floods and droughts than has previously been possible.

GloFAS is co-developed by ECMWF and the Joint Research Centre of the European Commission as part of the Copernicus Emergency Management Service (EMS). The new seasonal GloFAS model, developed in collaboration with researchers from the University of Reading, takes long-range forecasts from SEAS5 and runs a hydrological model to simulate how the predicted conditions will impact river flow across the globe up to four months in advance. 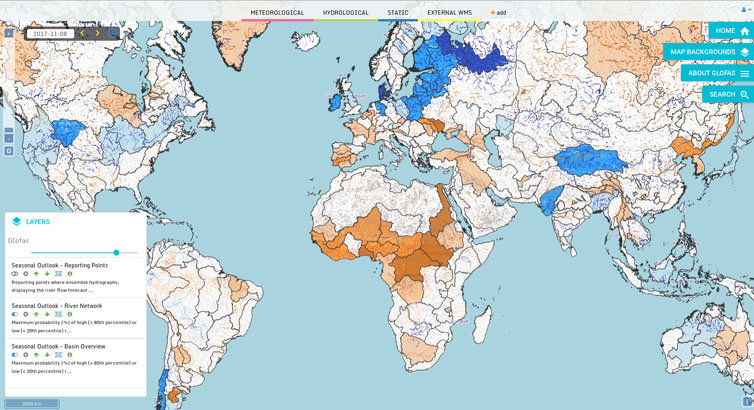 Project lead Rebecca Emerton, a flood forecasting PhD researcher at the University of Reading and visiting scientist at ECMWF, said: “This new model could be a game-changer in that it provides hydrologically relevant forecasts out to several months for the whole globe – something that has never been possible before. It has the potential to provide earlier indications of both floods and droughts, which could be invaluable for disaster risk reduction efforts around the world, helping vulnerable communities become more resilient to the threat of flooding.”