NSW inquiry into management of Darling River and Menindee Lakes 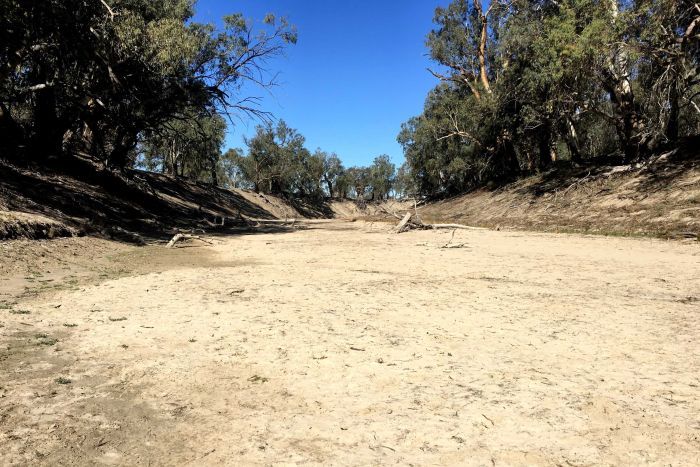 PHOTO: The Menindee Lakes are filling up, receiving the most flows in at least five years. (ABC News: Declan Gooch)

New South Wales water authorities have received a grilling at a state parliamentary inquiry into the management of waterways across the state.

The cross-party committee held a hearing in Broken Hill on Wednesday, where members heard from Indigenous groups, struggling fruit growers, campaigners and bureaucrats.

The Menindee Lakes are on the Darling River, which flows into and out of the system, and are one of the focuses of the inquiry.

Water has now returned to the Lower Darling, and the Menindee Lakes are in the process of receiving their biggest intake in at least five years.

“In 2003 the lakes first went dry, and it took everyone by surprise … and we never thought we’d see it again,” citrus grower Rachel Strachan said after giving evidence.

“In 2007 we were in the Millennium Drought and we thought, well, that’s two years in seven, that’s definitely not going to happen again.

“My grandchildren’s kids may see it but we won’t see it in our lifetime.”

But Ms Strachan said a combination of several factors, including significant environmental releases from the lakes and more water being extracted upstream, has meant such dry periods were increasingly common.

“We had less water [coming into the Menindee Lakes], less in storage and more coming out and we’ve come to the reality that it no longer gives us a secure supply of water,” she said.

Ms Strachan said she spent $30,000 on orange trees in 2012 when the Menindee Lakes were full and water was flowing from them into the Lower Darling.

In the three years it took for the trees to be ready for planting, the lakes had dried up, the Lower Darling was reduced to a series of stagnant pools and the order had to be cancelled.

Now, with water flowing into the lakes and river thanks to flooding in the NSW central west, Ms Strachan said she was facing the same dilemma.

“This year we have water again, but do we put in the order, which is now going to put us out to 2019 before we get them in the ground, or are we going to be back in this situation we’ve just come out of in 18 months,” she asked.

“So our backs are against the wall, crippling us in making critical business decisions.”

Ms Strachan said the Lower Darling used to provide some of the most secure water in the state for the 60 family properties and 200,000 sheep.

The State Government announced earlier this year Broken Hill would be supplied with a pipeline from the Murray River rather than the Menindee Lakes.

That raised concern among landholders and Broken Hill locals about what the role of the lakes would be once they no longer needed to hold a drought reserve for the city.

The inquiry heard from David Harris, chief executive of WaterNSW, the agency that directly manages the state’s water systems and infrastructure.

He said storing the 480-gigalitre two-year drought reserve for Broken Hill and the Lower Darling brought with it “incredible” evaporation losses.

“The pipeline will disconnect Broken Hill’s water supply from the lakes [and] that means we need to store less water in the lakes,” Mr Harris said.

“If that town water is disconnected from the lakes, we ought to be looking at could we be running those in a different way to benefit everyone?”

PHOTO: WaterNSW was forced to look for emergency groundwater near Menindee when Broken Hill was left with months of supply. (Alexandra Back)

Mr Harris was grilled over the decision-making process behind authorising environmental releases from the Menindee Lakes.

The volume in the Menindee Lakes has reached a trigger point at which the Murray-Darling Basin Authority can call for releases to meet needs in other parts of the system.

Controversial releases in late 2012 and early 2013 saw a rapid draw-down of the Menindee Lakes, which Broken Hill City Council partly blamed for the following dry period.

Mr Harris said he could not comment because WaterNSW was not the authority in charge of the Menindee Lakes when those releases occurred.

However, he said WaterNSW was in a position to reject future requests that would be against the interests of local water users.

Mr Harris also confirmed there had been a request by the Office of Environment and Heritage for a release to the Lower Darling.

“They want to have a … cod fish breeding release out of the lakes,” Mr Harris said.

“They are also looking at trading in some more water to make that a larger-sized event now, somewhere in the order of 200 gigalitres.

“Part of the reason that has not been finalised is that we are making an assessment about delivery of critical water needs going forward.”

He said WaterNSW’s preference would be that the water comes straight from the river itself, rather than from water being held in the Menindee Lakes.