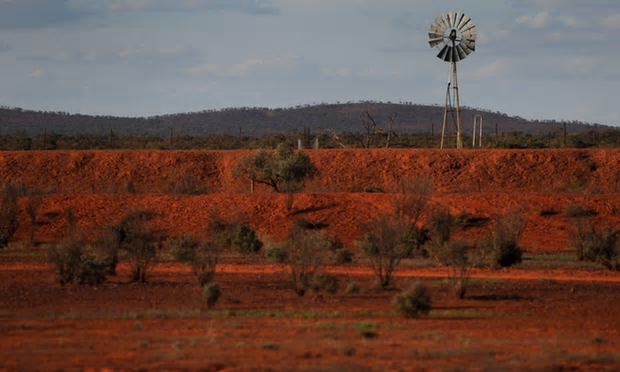 A Wentworth Group scientist, Jamie Pittock, has accused the NSW government of actively undermining the Murray-Darling basin plan as revelations have continued about the state government’s management of the river system.

Since Four Corners report raised allegations of water theft and secret meetings between a senior NSW water bureaucrat and a small number of irrigators,Blair is under increasing pressure over his water responsibilities. 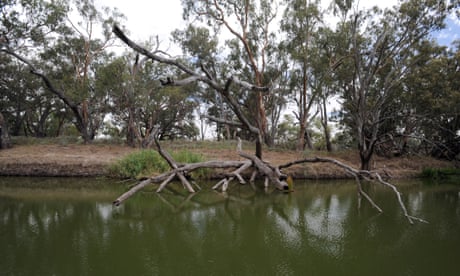 This followed Daily Telegraph reports that the Nationals MP had been urging his Liberal colleague, the environment minister, Gabrielle Upton, to change the Barwon-Darling water-sharing plan retrospectively to favour large irrigators. He said the change was needed because of an error in the rules.

It has now come to light that Blair gazetted a Barwon-Darling valley floodplain management plan which gives him power to approve flood works built illegally even if they do not comply with requirements prior to the plan.

Under clause 39 of the new Barwon-Darling valley plan, a flood work that does not comply can be approved if “in the minister’s opinion” it is for an access road, a supply channel, a stock refuge or an infrastructure protection work.

A spokesman for WaterNSW said three relevant applications from the Barwon-Darling region had been received since the change but none had yet been approved.

The NSW Greens MLC Jeremy Buckingham called on the NSW premier, Gladys Berejiklian, to remove the water portfolio from the National party after the regulation changes came to light.

“This is disgraceful example of the National party giving away free water to their big irrigator mates,” Buckingham said. “Many of these areas are so flat that even a 10 to 20cm bank can divert a huge amount of water into an irrigation dam and away from natural waterways.

“It’s a massive gift of water to the big irrigators. If we want to recover the water in the future then taxpayer will have to hand over huge amounts of compensation for what were illegal constructions.”

A spokeswoman for Blair said the gazettal was a “significant legacy issue” required to create a process where unapproved works could be properly and transparently assessed. She said to be considered, works must not have been previously refused and would still need to be assessed under certain criteria.

“Supply channels are one of the types of existing works that clause 39 indicates that we will accept application for,” the spokeswoman said. “Just because they are existing, doesn’t mean that they will be approved, just that they can apply. This approach is being rolled out through all floodplain management plans.”

Pittock, an associate professor in the Fenner school of environment and society at the Australian National University, said the revelations showed NSW was systematically white-anting the Murray Darling plan.

“The ‘rule error’ and other questionable dealings between wealthy irrigators, government officials and politicians in NSW highlight how the intent of the basin plan can be frustrated by those hostile to its implementation at the state level,” he told Guardian Australia.

“Changes of regulations in NSW have allowed irrigators to take erstwhile environmental flows by allowing greater pump capacity and earlier extraction based on river heights such that commonwealth-purchased environmental water in Queensland in not ‘shepherded’ through New South Wales to the lower Murray.

“Consequently towns like Broken Hill, pastoralists and Aboriginal communities, as well as the environment, have been starved of water.

“The key point is this isn’t just a few bad individuals, it’s a broken system, illustrated by questionable activities of NSW government.”

Pittock said the system needed to be fixed, so taxpayers knew how $13bn of taxpayer money was being spent and how much had been recovered for the environment.

He said the NSW government had gutted agencies for monitoring natural resources in regional areas and there had been a failure of political will to monitor the river properly, which could be done efficiently and cheaply through electronic meters and remote sensing.

The Murray-Darling basin scandal: a symptom of how we fail to protect our environment

Only an independent watchdog can sort out the current impenetrable soup of federal, state and local bodies that make up environmental governance

He highlighted the lack of compliance after the Abbott government removed a number of key monitoring programs. In 2015 the government abolished the National Water Commission, set up by John Howard to audit and report to the Council of Australian Governments on water management.

He urged the federal government to restore trustworthy monitoring procedures for the basin plan, such as legislating for Murray-Darling Basin Authority state monitoring and enforcement procedures to begin this year, rather than from the formal start of the plan in 2019.

Pittock also raised concerns at the northern basin review which he described as another example of state and federal governments “taking the cheese slicer to the plan”. After the review, the basin authority recommended a reduction in water recovery targets in the north from 390 gigalitres to 320 gigalitres.

“So many billions and they only achieve half the environmental targets,” Pittock said.

He said the Victorian government were “not on side of angels either” given that it had undermined the constraints around volume and timing of regulated water through the river system.