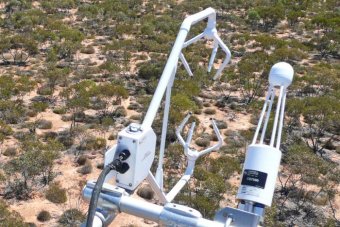 TERN-OzFlux is a network of observation sites across Australia and New Zealand providing
measurements of the exchange of heat, moisture and CO2 between Australian ecosystems and the atmosphere.  TERN-OzFlux is a TERN facility and is also part of the global FluxNet initiative.

OzFlux wishes to announce the release of approximately 150 site-years of data from 22 sites across the network.  This announcement introduces this release of the data set and provides some details about the type of data available and how to access the data.  If you have questions or comments about the data set, please feel free to contact the OzFlux Data Manager (Peter Isaac, pisaac.ozflux@gmail.com).  We would also like to hear from end users of the data set so that we can learn from their experiences and improve the utility of the OzFlux data.  To this end, a brief email stating how you intend to use the data and any suggestions for improvements would be greatly appreciated.

OzFlux data is divided in to 6 levels:

The data in this release are for levels L1 to L6 and have been prepared using the OzFluxQC suite of Python scripts.

The OzFlux data in this release are predominantly in netCDF files.  Details of the netCDF files provided by OzFlux are given later in this email.

2) Availability of the Data

The OzFlux data is available through 4 avenues.

The OzFlux OPeNDAP/THREDDS server contains L3 to L6 data for 22 sites in one file per level with each file containing multiple years.  Data on the server is organised into directories based on site name.  Each site directory is further divided into sub-directories for each level; L4 to L6 inclusive.  Each level sub-directory is further divided into “default” and “site-pi” sub-directories; “default” contains data processed by the central facility and “site-pi” contains data processed by the site PIs.

The OzFlux OPeNDAP/THREDDS server can be viewed using a web browser and can be accessed by any DAP-aware program such as Panoply.  Example code for accessing the OPeNDAP server in IDL and Python is also available from OzFlux, contact Peter Isaac for a copy.

The OzFlux Data Portal contains L1 to L3 data in yearly files for 34 sites.  All L1 to L3 data files on the portal have been produced by the site PIs.  Some sites also have L4 to L6 data produced by the site PIs available on the portal.  Most of the data is freely available, a small quantity is restricted access to protect graduate student IP.  If you would like to use restricted access data please contact the data owner, a link for this is provided on the collection page.

OzFlux also maintains a shared area on CloudStor.  The shared area contains the netCDF files available from the OPeNDAP/THREDDS server as well as summary Excel files (daily, monthly, annual and cumulative statistics) and plots.  CloudStor can be accessed using a web browser or through the ownCloud synchronisation client.

OzFlux has recently contributed about 150 site-years of data to the current FluxNet synthesis initiative.  The data submitted to FluxNet is L3 data (ie not gap filled or partitioned) and is in the FluxNet CSV format.  This data is now available from the FluxNet collection on the OzFlux Data Portal.

The OzFlux data is currently covered by the TERN BY-SA-NC license.  This license requires end users of the data to attribute the source of the data (“BY”), to share any products derived from the data under the same license (“SA”) and to contact the data owner if the data is used commercially (“NC”).  Attribution text is available from the site page on the OzFlux Data Portal.  OzFlux will be reviewing it’s choice of license in early 2016 and is likely to adopt the CC V4 BY license as recommended by the Terrestrial Ecosystem Research Network (TERN).

4) Description of the L6 Data

The OzFlux netCDF files conform to V1.6 of the CF Metadata Conventions.  The standard_name variable attribute is used where this is defined for variables in the OzFlux data set.  All variables have a text description in the long_name variable attribute.  The files have 3 dimensions, time, latitude and longitude but latitude and longitude have only one element.

Each variable in the OzFlux netCDF files has an accompanying quality control (QC) flag with the same base name as the variable itself but with the suffix “_QCFlag” appended.  The QC flag value denotes the quality of the data.  The main QC flag values are defined in the global attributes section of the netCDF file.  A QC flag of 0 is used to denote the best quality of data that has passed all quality control checks.  Any QC flag ending in 0 (ie 10, 20, 30 …) is considered good quality data but it is up to the user to make sure it is fit for purpose.  For example, a QC flag of 30 indicates data that has been gap filled using a neural network.  This data can be used to construct daily, monthly and annual sums but may not be suitable for model parameterisation and validation.
4.2 Ecosystem Respiration

Estimates of ecosystem respiration (ER) are available from 3 methods at present.  All 3 methods are based on the use of a u* threshold to identify periods of low turbulence.  The u* threshold is determined using the Change Point Detection (CPD) method described in Barr et al 2013 (AgForMet, 171-172, 31-45).

Night time conditions have been defined as downwelling shortwave radiation (Fsd) less than 10 W/m2.  Night time, u*-filtered CO2 fluxes (Fc) are assumed to be ER.  This stage is common to all 3 methods of estimating a continuous time series of ER.

The ANN methods use 2 different neural network: SOLO described in Hsu et al 2002 (Water Resources Research, Vol 38, No 12, 1302-1319) and FFNET.  Comparisons show that annual totals of ER predicted by both are very similar however at shorter time scales the SOLO values are often more stable than those from FFNET.  For this data set, the drivers for both ANN methods were soil temperature (Ts), air temperature (Ta) and soil moisture (Sws).  Once the ANNs have been trained using the nocturnal, u*-filtered Fc as the target, the ANNs are applied to the whole, gap filled data set to predict ER during the day time and for low turbulence conditions.

The Lloyd-Taylor method uses the Arrhenius equation as described in Lloyd and Taylor 1994 (Functional Ecology, 8, 315-323).  Values of the activation energy (E0) are found by fitting the Arrhenius equation to nocturnal, u*-filtered Fc for each year with baseline respiration (rb) estimated for 15 day windows with a 10 day overlap.  ER for day time and low turbulence conditions is then calculated using the gap filled Ta data.  The method is described in Lasslop et al 2010 (GCB, 16, 187-208).

The units for all ER variables are umol/m2/s (see the “units” variable attribute).

Net ecosystem exchange (NEE) is calculated using CO2 flux observations (Fc) during the day and at night when u* is above the threshold.  When u* is below the threshold NEE is set to ER predicted from one of the 3 methods described above.  This leads to 3 estimates of NEE, one for each estimate of ER:

The units for all GPP variables are umol/m2/s (see the “units” variable attribute).

OzFlux has come a long way in the last 5 years.  Many things and many people have contributed to this but it is worth acknowledging and thanking a few:

If you have any questions about the OzFlux data set, please feel free to contact Peter Isaac.