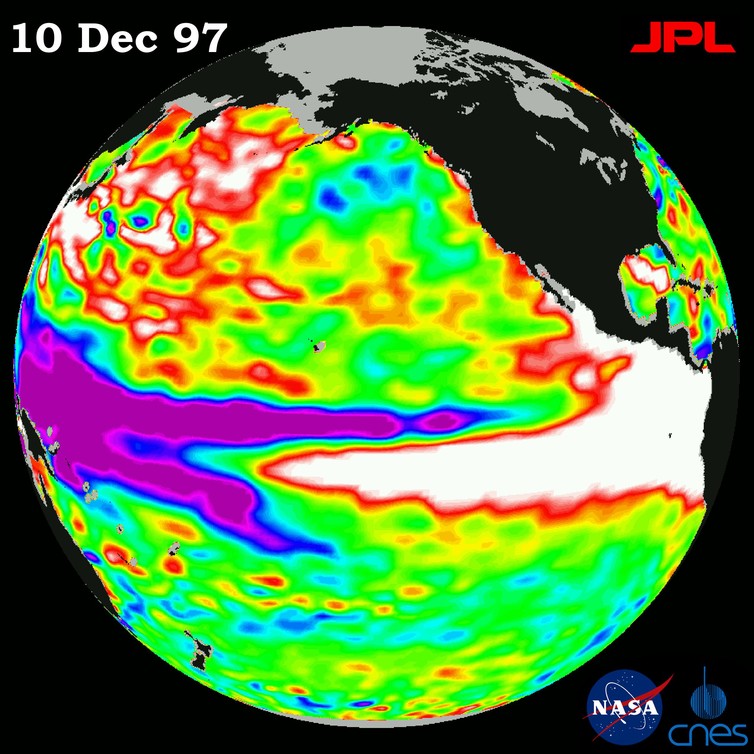 Bob Walker, an adviser to US President-elect Donald Trump, has set alarm bells ringing by recommending that NASA’s climate monitoring programs be axed.

But his dismissal of the “politicised science” at NASA’s Earth Science Division shows an ignorance of the breadth, role and significance of its contributions to society in the United States and worldwide.

It’s unclear what exactly Walker means by his comment that “future programs should definitely be placed with other agencies”. Is the plan merely to shuffle the deckchairs – same science, different badge — or is it code for cutting the research observation and monitoring efforts altogether?

If the former, it is hard to see what it would achieve, beyond risking a loss of expertise as other agencies attempt to develop the same capabilities as NASA. But the latter is a frightening prospect, because it would effectively take us back to what climate scientists refer to as the “pre-satellite era”.

The global climate system is, well, global. There are places where there is no one around to take measurements, such as the vast expanses of our oceans, the central desert of Australia, and the Arctic and Antarctic regions. But what happens in these remote areas affects the climate elsewhere; the atmosphere has no boundary and the oceans are linked.

Before satellites, the patchiness of weather and climate observations for much of the globe made it hard to detect the patterns that govern rainfall, temperatures and winds.

Now we have a continuous global view of Earth, courtesy of NASA’s Earth observation satellite program. Cutting this research and returning to the pre-satellite era would leave us ignorant not only of Earth’s climate processes, but also of whether or not our environmental policies are effective.

The value of satellites

For more than three decades in the early 20th century, the British meteorologist Sir Gilbert T. Walker searched the sparse climate records for patterns that could explain why the Indian monsoon failed in some years. After some laborious number-crunching, he put forward the concept of the “Southern Oscillation”, describing sea-level pressure differences between Darwin and Tahiti in the South Pacific. His Southern Oscillation Index is still used today.

When sea-level pressure is lower in Tahiti than Darwin, it causes wind patterns that bring drought to India and northeast Australia, Walker suggested. But the Southern Oscillation was only part of the story.

Almost half a century later, in the late 1960s, early NASA satellite data provided an unprecedented look at the patterns of clouds above the Pacific Ocean. This helped the meteorologist Jacob Bjerknes to link Walker’s sea-level pressure oscillations with other variables such as wind, rainfall (clouds) and ocean temperature variations right across the tropical Pacific.

Crucially, he identified a low-rainfall zone in the central-eastern equatorial Pacific – of which Walker, with his patchy data, had been completely unaware. The “chain reaction” between the atmosphere and ocean now known as the El Niño-Southern Oscillation emerged in part from NASA satellite imagery.

Of course, the holy grail when it comes to El Niño is to forecast events ahead of time, because El Niño is a major factor in bringing droughts and floods to countries bordering the Pacific Oceans. This has huge consequences for millions of livelihoods. Australia’s Bureau of Meteorology uses NASA satellite and model data to forecast an impending El Niño three to six months ahead of time, while real-time observations help to assess the impacts once the event actually arrives.

This level of forecasting and monitoring was a pipe dream in the pre-satellite era. The same could be said about a host of other global phenomena – from severe storms, to massive wildfires, to air pollution.

If President-elect Trump really needs yet more certainty that human-induced global warming is not a hoax and that the recently enacted Paris Agreement will have a meaningful impact, then one of the best ways to achieve this would be to boost NASA’s Earth Science Division.

NASA satellites recently demonstrated the success of US and European environmental regulations in improving air quality over the past decade. NASA has also been central to monitoring the effectiveness of the Montreal Protocol, the global agreement to safeguard the ozone layer. By keeping a close watch on the size and extent of the ozone hole, NASA has helped to show that it is beginning to recover and that the policy is working.

Our advice to Trump

I think that the relationships of world weather are so complex that our only chance of explaining them is to accumulate the facts empirically.

His present-day namesake and Trump adviser Bob Walker also says “we need good science to tell us what the reality is”. One of President-elect Trump’s best chances of achieving this aim is to continue funding scientists to observe Earth from space.

So our advice to Trump is to look beyond the cheap talk about politicisation and appreciate the importance of the work done by NASA’s Earth Science Division. This is not, as Bob Walker asserts, “politically correct environmental monitoring” (whatever that is), but essential data that are already being used to ensure society’s health and wellbeing.

As for climate change science, the division’s reports on global temperatures are solely based on robust data. What’s being politicised here is not the science but the story that the science tells: that the planet is warming. Let’s not shoot the messenger.

Original article posted on The Conversation, 25th of November 2016 (Link)