Pre-, post-processing or both? 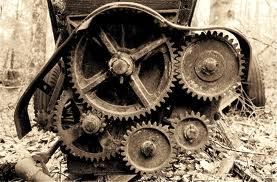 Following this blog about future directions for post-processing research, this challenge was mentioned in a comment by James Brown:

« Putting aside the choice of technique, I think there are some more fundamental questions about how to use hydrologic post-processing operationally. For example, under what circumstances does it make sense to separate between the meteorological and hydrologic uncertainties and model them separately (“pre-” and “post-” processing) versus lump them together? » 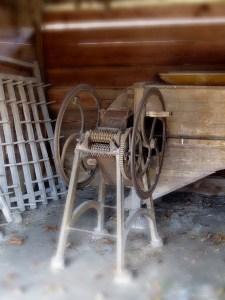 I only ever saw three papers aimed specifically at a  «pre vs post» comparison. There is a case study on two Korean catchments by Kang et al. (2010). The authors demonstrate that, for the catchments under study, post-processing is much more efficient than pre-processing. In fact, their results show that the influence of pre-processing alone is very small compared to post-processing alone. The conclusions of Roulin and Vannitsem (2015) are similar. In another comparative study for 10 French catchments, Zalachori et al. (2012) conclude that: «Statistical corrections made to precipitation forecasts can lose their effect when propagated through the hydrological model». They also show that post-processing streamflow forecasts is quite effective in terms of improving the Ranked Probability Score and PIT histograms.

Verkade et al. (2013) did not perform a comparative study but rather investigated the influence of pre-processing the meteorological forecasts for streamflow forecasting. Their conclusions point in the same direction: « the improvements in precipitation and temperature do not translate proportionally into the streamflow forecasts ».

Of course, there are additional uncertainties arising from the hydrological model and pre-processing cannot account for that. Still, I find those results a bit surprising. I have often heard « garbage in, garbage out ». But now it seems that whether you pre-process meteorological forecasts before feeding them in the hydrological model is of very little consequence (in terms of final streamflow forecasts only, I mean).

Beyond this notorious uncertainty attributable to the hydrological model, to me it mostly appears that the hydrological model might be robust, in the sense that it is indifferent tosmall variations in meteorological input data. I find it similar to the problem of differentiating forecasts according to their economic value: sometimes, although system Bproduces forecasts of better quality (in terms of agreement with the observations) than system A, the difference is not significant enough to change a person’s (or organization’s) course of actions. So the quality improves but not the value (see Murphy 1993)

Also, neither Kang et al (2010) nor Verkade et al. (2013), or Zalachori et al. (2012) combined pre- and post-processing with data assimilation. I suspect it could make a difference. As mentioned in a previous post, there are probably interactions between data assimilation and post-processing. The recent study by Roulin and Vannitsem (2015) also supports this idea.  I am under the impression that if the hydrological state of the catchment and associated uncertainty could be estimated properly, then maybe those small improvements in meteorological forcings could be better translated further down the chain. 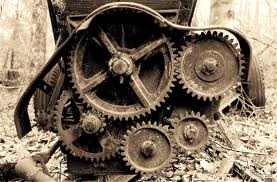 What is the answer?

I see benefits and drawbacks in both pre- and post-processing. Using only post-processing is simpler and certainly relevant in terms of research. However, hydrologists also need reliable precipitation and temperature forecasts as such, not only the final streamflow forecast. So pre-processing is also important, although more complicated and apparently sometimes inefficient in terms of improving streamflow forecasts.

Do we need both? Is there a “correct” answer to this question?