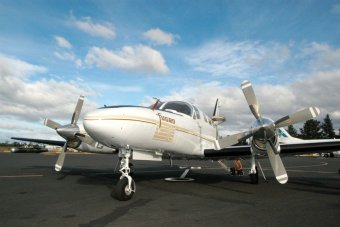 Calls are growing for an independent inquiry into cloud seeding by Hydro Tasmania at the time of the June floods.

PHOTO: Farmers are among those sceptical about Hydro’s internal report on the June flight. (Hydro Tasmania)

The company has denied the flight, conducted amid flood warnings, contributed to flooding in the Ouse area where a farmer was swept away.

A Government-ordered internal Hydro report released last week found the June flight had not increased rainfall in the area.

But Central Highlands Mayor Deidre Flint has joined calls for a fresh investigation.

She told 936 ABC Hobart the report was redundant because it had been conducted internally.

“[They] should be doing an external audit,” Councillor Flint said.

“Surely you don’t investigate yourself as to the role you’ve taken. I think certainly it should have been more transparent.”

Tasmania’s main farming lobby has also called for an independent inquiry into the cloud-seeding flight.

What is cloud seeding?

“Personally and I think from a lot of our members we feel that this cloud seeding has impacted on the floods,” he said.

“I can’t see how it didn’t, to be quite honest.

“But we do need the science behind it, so if the science can be explained then perhaps we’d understand a little bit better.”

The TFGA chief was also critical about a lack of warning by authorities on the flood risk, saying farmers were caught out by poor information and there was ongoing simmering anger.

“The lack of warning that was issued by be it Hydro, or other agencies, that the water was coming up as high and as quick as it did,” he said.

“So therefore some stock losses and some machinery and infrastructure losses occurred because of that.”

On Monday, State Opposition Leader Bryan Green said he was also suspicious of the internal review and wanted a full audit of cloud-seeding activities conducted independently.

Hydro Tasmania said it was expecting further formal inquiries and looked forward to cooperating with them.

The body of Ouse farmer Trevor Foster has never been found.

Two other people died in flood-related incidents in the state’s north.