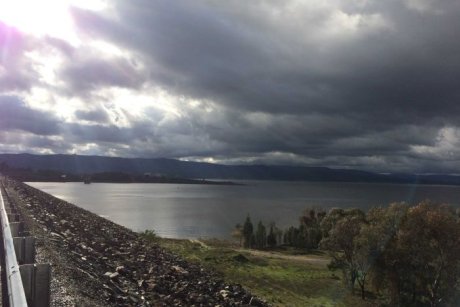 The Productivity Commission says Australia is recognised as a world leader in water management, but that does not mean there is no room for improvement.

The commission has launched a major review of Australian water reform, which aims to take a much broader view than the Murray-Darling.

It is calling for public contributions as it looks back on how water policy decisions have been made over the past two decades, as well as how effective those have been.

It will also look at changes needed in the future to make sure water policy keeps pace with climate change, population growth and ageing infrastructure.

Productivity Commissioner Jane Doolan, who has responsibility for environment issues, said the year-long review would try to set out “the national suite of priorities for the next wave of water reform in the country”.

Murray-Darling to be reviewed separately

While the Murray-Darling Basin Plan is the largest single example of water reform in Australian history, the Productivity Commission’s review will not take an in-depth look at the controversial plan to return water to the Basin environment.

The commission is due to specifically examine the Basin Plan in a separate review next year.

“The Murray-Darling is a really significant part of Australia and some of the issues that happen there are also common to other areas,” Dr Doolan said.

“We’ll be looking at those sorts of areas that will translate into national policy.”

What is the Murray-Darling Basin Plan again?

The Murray-Darling Basin Plan has remained controversial ever since its introduction back in 2012. So, why is it back on the agenda?

Water has long been one of Australia’s most hotly contested policy areas, and the Productivity Commission will complete its review in a year when the complicated politics ramps up once again.

Several Basin Plan deadlines are due in 2017, and political skirmishes have already broken out between the Basin state governments and the Commonwealth.

Dr Doolan said the politically-charged nature of the debate made it clear why the commission’s review was needed.

“I think that it’s really important that people start to see the processes behind [the decision-making].

“[It’s important] that we bring logic, good evidence and community-based processes; that where those questions are debated, they’re debated with the best available information and we look to have an achievable balance.

“I think that bringing proper process and good information into these situations actually starts to restore some real balance.”

The Productivity Commission is seeking submissions and comments on the review until April 18th 2017.