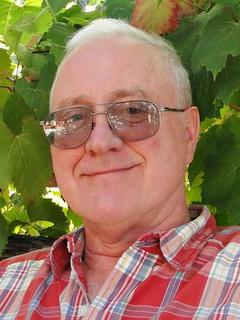 Dr. Ray Leuning was one of the foundational members of the eddy covariance flux community and a driving force behind the establishment of TERN OzFlux. Ray was an inspirational scientist, admired for his devotion to progress our understanding of the soil-plant-atmosphere continuum and for his willingness to share his insights and knowledge with the community. Ray has passed away on February 12, 2016 after successfully beating brain cancer for several years.

Ray was born in the Netherlands in 1948 from where he migrated with his parents in the 1950s. He studied at the University of Melbourne where he completed his Ph.D. in 1976. His research involved pioneering micrometeorological measurements of water and carbon exchange over a Eucalyptusdominated native forest near Melbourne, using bespoke instruments combined into a measurement system that he designed and built.

Ray joined CSIRO in 1978, and many of his early publications through the 1980s and 1990s were clearly influenced by his PhD experience and the challenges involved in making quality and robust measurements of carbon and water exchange between tall vegetation and the atmosphere. He published a seminal paper in 1980 that demonstrated rigorously how flux density fluctuations needed to be accounted for when calculating these exchanges. This paper, which he published with his co-authors Eric Webb and Graeme Pearman, has since been cited over 1550 times. Most importantly this work underpinned the expansion of the global flux measuring network and the provision of quality-assured data and correct interpretation of the measurements. The micrometeorological method has since become the method of choice to measure the surface-atmosphere exchanges of carbon and water.

As a result of his lifetime passion for quality observations, Ray was one of the founders, science leaders and champions, of Australia’s OzFlux network – which now has over 35 flux tower sites across Australia. Ray has led numerous workshops to share his insights into the measurements and how to conduct process studies with young scientists in the field. He very generously mentored early career researchers. Taking time out of his busy schedule to discuss scientific problems, Ray would not only assist in solving a specific problem but he would provide much valued advice on how to approach and tackle a scientific problem. Through his engagement and his high quality publications, Ray has helped the evolving flux community to deliver measurements of the highest standard that are useful for the weather, climate and terrestrial ecosystem communities alike.

But Ray’s research impact far exceeds his contributions to micrometeorological observations and analyses. He has also significantly advanced our understanding of plant functioning across all spatial scales, from leaf stomata to the global terrestrial bio- sphere. This research has been described in 37 published papers in plant ecophysiology and has been cited more than 3500 times. Today the Ball–Berry–Leuning stomatal model is used widely in many land surface models, from terrestrial ecosystems to the global land biosphere.

One of Ray’s favourite books, which he continued to enjoy right up to his death, was a book about great mathematicians – Of Men and Numbers. It included Sir Isaac Newton and his famous quote that “If I have seen further, it is by standing on the shoulders of giants.”. There are many of us today whose success comes from having stood on the shoulders of a true intellectual giant in Ray.

Memorial contributions made in Ray’s name to the Cure Brain Cancer Foundation would be welcome:http://www.curebraincancer.org.au/tribute/ray-leuning

Ray taking a break with his OzFlux colleagues