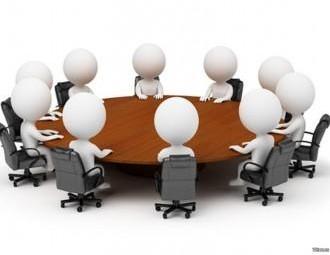 OzEWEX chair Albert van Dijk reported on progress to date in OzEWEX. OzEWEX so far has received strong support from CoECSS, BoM, TERN and BoM, as well as many individuals. The OzEWEX newsletter email circulation list now includes ca. 300 individuals, made up of ca. 100 that have emailed or registered through the web site, and another 200 or so that have received emails and have not asked to be removed. Accurate statistics on web site traffic are not possible due to spammer bots, but judging by Australian visitor the traffic is very considerable indeed.

GEWEX would like to see OzEWEX successful and applying for formal recognition. This would require a Science Plan that could be similar to the OzEWEX Initiation Phase Development Plan but would need to bring out more the main science questions. Discussion ensued and concluded that the SG supports continuing OzEWEX. Applying for formal status was not considered a problem. The chair will draft a Science Plan based on the existing OzEWEX Initiation Phase Plan.

In July 2014 there will be a GEWEX conference in the Netherlands. At least one contribution from OzEWEX would be great. Some SG members are already considering participating, and WG chairs will encourage WG members to participate. The chair will ensure that OzEWEX is appropriately represented regardless.

A HEPEX joint project around seasonal forecasting is being proposed. Andy Wood was in Rio on behalf of HEPEX. There are obvious links with WG6 (Hydrological Prediction) that need to be pursued further.

WG1 (observational data) – WG co-chair Juan-Pablo Gueschman reported that after an initial telecom progress has slowed down in recent months. A Google groups forum was initiated and a few data sets were advertised on the web site but other than that not enough has happened. The WG chairs will restart the communication.

WG2 (model evaluation and benchmarking) – WB chair Gab Abramowitz reported that an telecom was held which made it clear the main interests were around CABLE and AWRA benchmarking. PALS was seen as an appropriate focus for activity. No formal WG meetings have been had since but there is good progress through various projects and activities. The WG chair will post an update on progress on the web site.

WG4 (Trends and Extremes). WG co-chair Bellie Sivakumar reported that this WG has not come off the ground yet because of staff movements. WG co-chair will try and kick-start this WG by approaching people. To be reassessed in three months time.

WG5 (Vegetation Processes). WG co-chair Tim McVicar reported that this WG has a great many members indicative of interest and activity in this space. A telecom was had in May 2013 with many people calling in; the telephone format and wide-ranging ideas about activities made the meeting a challenging one. Since, the WG aims have been progressed in TERN ACEAS and TERN OzFLUX meetings (both Cairns) and several activities are currently afoot that pursue WG goals. Discussion was had whether this WG was too large and should have a narrower scope and/or be split if enthusiast chairs can be found. Initial feeling was not, but the WG co-chairs will reassess this over the next months.

WG6 (Hydrological Prediction). The co-chairs could not attend this meeting. Chair reported on the project videoconference that had been had where there was discussion about potentially two WG projects; a short-term and a seasonal forecasting one. Initial discussions with BoM suggests they could be interested in supporting these case studies through data sets or feeds. WG co-chair Tom Pagano had it mentioned that a database of hourly streamflow for 380 catchments was compiled that could be suitable for research.

The SG unanimously decided to continue OzEWEX and apply for formal status. The chair will action this.

Decision on continuation of working groups

It was decided that all WGs should continue but chair arrangements for WG1 and WG5 are to be revisited and progress and chairmanship of WG4 will be reassessed in 3 months and a decision about continuation made at that point.

There has been overwhelmingly positive feedback on web site. Experience with discussion forums has been that they don’t get much uptake, so will not implement this across other WGs for now. Instead the 3 monthly newsletters seem effective way of drawing readership to web site and attention to the WGs.

The journal paper listings were deemed useful. The event calendar less so. Chair reports that event calendar is easy to keep but not so including submission deadlines in the newsletter, which will be stopped. Compiling list of new papers is unfortunately relatively more work, but a mechanism will be sought to continue doing this.

The chair encourages WG chairs contribute posts to web site from themselves and and encourage their WG members to do so. This can include new publications, opinions, requests, job advertisements – almost anything.

The option of organising a OzEWEX-wide conference or workshop around Sept 2014 was discussed. The general feeling was that that was too early. Instead, it was agreed to reconsider in three months’ time whether to organise one in late 2014/early 2015.