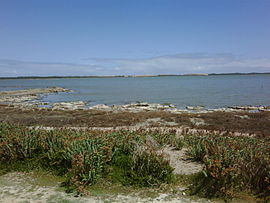 In this month’s research highlights, find the latest on hydrological model calibration, climatic adaptation of semiarid plants, drought impacts in the Coorong and the use of artificial neural networks for temperature time series analysis.

In a recent study of surface water-ground water modelling, Dr Hoori Ajami and colleagues of the UNSW show that the initial conditions used as input into coupled hydrologic models are an important factor in the model’s accuracy.

“One of the elements of uncertainty in hydrologic model predictions is determining the initial conditions of soil moisture and depth-to-water table distributions at the start of a simulation.“

In the case of coupled or integrated hydrologic models, in which the surface water and groundwater interact, model initialization is of particular importance due to scarcity of spatially distributed observations. In their study, Dr Ajami and fellow researchers assessed sensitivity of simulated recharge and streamflow to the choice of initial condition and results highlighted the role of robust initialization in capturing surface water-groundwater dynamics.

According to the authors, these findings have important implications for basin scale water availability predictions and groundwater management.

Examining water vapour flux observed in perennial semi-arid woodlands in southeastern Australia, professor Wayne Meyer of the University of Adelaide and his fellow researchers set out to determine adaptations plants have made to survive in such ecosystems. Mallee, the mix of multi-stemmed, lignotuber (“mallee root”) producing Eucalypt species, highly adapted to calcareous sandy soils in semi-arid areas of southern Australia are known to be drought tolerant and fire adapted.

“Surviving as a perennial tree with irregular but common droughts is exceptional, yet we have quite limited measurement of water use by this ecosystem”, according to the researchers.

An OzFlux tower has been in place north of Renmark in SA for 5 years and has measured evaporation flux and CO2 exchange during dry and wet periods and fire events. The research found that this is a very conservative system. Leaf area response to increased soil water was slow so that the relation between canopy growth and rainfall can be disconnected to the casual observer. An extensive near surface root system is opportunistic at using water from reasonably common small rainfall events of <5mm.

Another important point made by the authors of the study was that leaf area gradually decreases during dry periods and trees become highly dependent on soil water in the layers above the heavy clay beginning 12 to 15m below the surface.

“At first glance, these trees seem well adapted to projected warming and drying conditions in the medium term future”, according to the researchers.

Drought conditions and recovery in the Coorong wetland

Between 2004 and 2009, a significant period of drought impacted wetlands across South Australia. The drought was particularly evident within the Murray-Darling Basin (MDB) riverine system. In their study of the Coorong wetland, an area of biodiversity importance in the MDB, Dr Sophie Leterme (Flinders University) and her colleagues assessed the ecological impact of changing salinity levels coincident with drought conditions between 1997 and 2013.

“The salinity levels of the Coorong wetland increased dramatically during the drought because of the lack of freshwater inflow from the Murray River,” according to Dr Leterme.

The changes in water flow observed from 2002 to 2009 had an impact on the number of habitats present along the Coorong wetland. The study, examining changes in populations of aquatic microorganisms, found that during periods of drought a shift in the composition of primary producers could be observed.

According to the researchers, their study highlights how salinity levels drive the phytoplankton community. The study also found that there is significant difference between salinity levels in the Coorong during drought periods versus non-drought periods but that levels had now returned to those seen in the late 1990s.

“Surface air temperatures, as measured at weather stations across Australia, are routinely adjusted, with a weighting added, before incorporation into official datasets used to report climate change,“ according to the authors.

The researchers find that contrary to official trends developed from these homogenized datasets, the raw data for many individual Australian east coast locations tends to show a distinct period of cooling from 1920 to 1950.

“For example, temperatures recorded at Cape Otway and Wilson’s Promontory lighthouses in Victoria shows cooling to 1950, and then rapid warming”