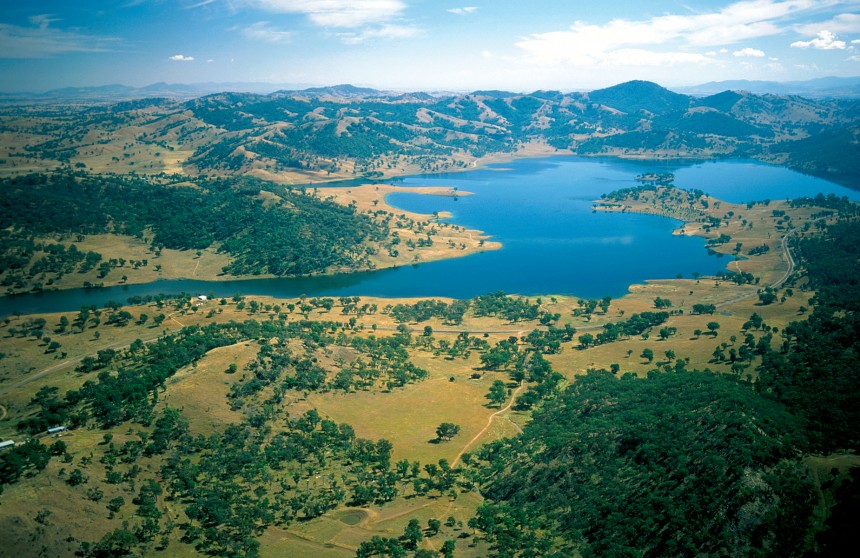 Australia has one of the most sophisticated water markets in the world, particularly notable for the ways in which government can return water to the environment.

Water markets allow the return of this water through two main mechanisms. The first is buybacks, in which the government purchases water licences directly from willing irrigators via an open tender process.

The second involves subsidising irrigation infrastructure on (and off) farms to improve water efficiency, with a percentage of the assumed water savings being transferred to a licence held by the government.

However, open tender buybacks essentially stopped in 2014 in favour of infrastructure projects. This was due to the widespread belief that buybacks were inflating the price of water and causing economic hardship in rural communities.

Our research, published in Resource and Energy Economics, set out to test this assumption of the impact of water recovery on water markets. We found that water scarcity (due to seasonal change or water allocation reductions) had far more influence on water prices than government water recovery. In fact, voluntary, open tender buybacks are the most cost-effective and low-risk option for increasing river flow.

By ignoring this option, we are hamstringing Australia’s ability to flexibly cope with drought conditions and long-term climate change.

Lessons from 20 years of data

We looked at monthly prices over twenty years in the Goulburn catchment in Victoria (1A Greater Goulburn) – both for permanent water markets (where a water licence is permanently transferred) and temporary ones (a seasonal transfer of water).

The drivers of water market prices in temporary and permanent water markets are different, but market dynamics are similar: market volatility shocks go from prices to volumes.

What about government intervention?

We found no evidence that government water recovery influenced water prices in either market in a statistically significantly way.

However, we did find that increases in the amount of water recovered by the government reduced the volume of temporary water traded. This is probably due to the fact that many irrigators who sold water to the government had been selling surplus temporary water, and this volume was then taken out of the market.

These results are significantly different to previous estimates by consultants, some of which suggest government buybacks cause temporary water market prices to double.

Our findings contradict this. Our results are in line with and reinforce other peer-reviewed economic literature, which has shown buyback of water entitlements had far less impact on rural communities than commonly claimed.

This is partly because government buybacks simply do not create large enough changes in the amount of seasonal water available to affect prices, given that variability. A 1% increase in water buybacks caused a 0.1% drop in temporary water volume traded. In addition, farmers are very good at adapting to changes in water, and have a number of strategies and options available to them in most years.

Unfortunately, commonly held perceptions about the impacts of buyback on rural communities and water markets has had serious policy ramifications.

Irrigation schemes are not enough

As noted earlier, buybacks are now off the table. Funding for water recovery is now directed exclusively to infrastructure projects, which are deficient in a number of key respects.

Water recovery by infrastructure schemes now cost at least three times as much as buybacks per megalitre recovered. These infrastructure projects may not return as much water to the environment as assumed, while they also also create the risk of environmental harm.

Irrigation infrastructure subsidies can also expand total irrigation areas and increase water use, and encourage a conversion from seasonal crops to permanent plantings such as orchard trees. These permanent crops demand a fixed amount of water every year, making farms less adaptable in the face of drought and climate change.

The results of our water market study show that there are key differences between high quality, peer-reviewed economic science on the one hand, and short-term consultancies and people’s perceptions on the other.

High quality economic science takes time, expertise and requires reputable, consistent and long-term datasets that control for the myriad of influences on economic change. Short-term consultancies and inquiries (such as the Northern Basin Review) are often rushed, not representative and are often not based on reliable datasets.

Inquiries also often amplify the voices of lobby groups and the people who are most aggrieved by water recovery, while other voices – floodplain irrigators, indigenous representatives, irrigators who want water reallocated to the environment – may be silenced.

There are currently two inquiries looking at water markets and socio-economic conditions in the basin. It is vitally important they capture all voices equally and are supplemented by independent, high quality analysis.

If we can’t understand the real drivers of change in the Basin, we can’t identify the best options for improving the social and economic health of its communities – particularly in the face of drought and climate change.