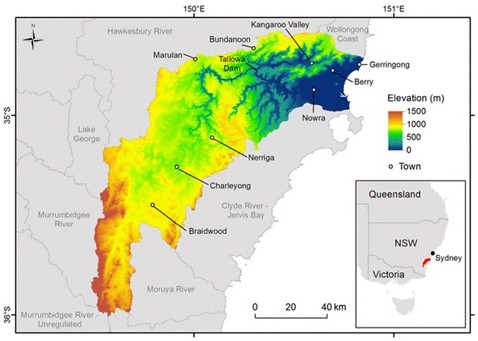 The coastal catchments of southeast Australia may be affected less by large-scale climatic drivers than previously assumed, according to recent research by Rafael Carvalho and colleagues from the University of Wollongong.

The study looked at the spatial variation in rainfall for Shoalhaven River, in southern Australia, and its relationship to large-scale climate drivers.Most of the catchment (upstream from Tallowa Dam) is managed by the Sydney Catchment Authority as part of the scheme to transfer water to supply 4.5 million people.

The researchers suggest that, given the evidence they found, management actions and planning on the basis of climate indices is not to be recommended.

According to the authors, their findings provide insights not only for this catchment but also for other parts of southeast Australia.