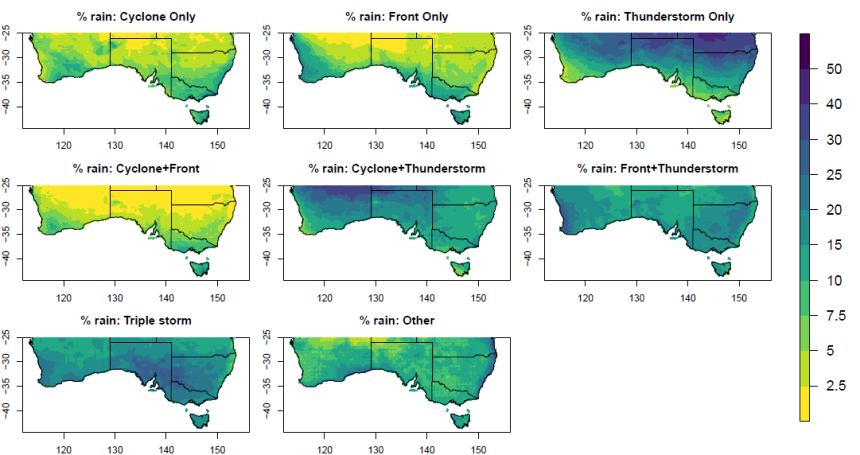 The majority of rainfall across southern Australia is due to either a low pressure system (cyclone), a cold front, or a thunderstorm. The interactions between these weather systems are particularly important for heavy rain events. As part of the Victorian Water and Climate Initiative we have developed a new dataset of these weather systems and their rainfall across southern Australia for the period 1979 to 2015, allowing us to better understand how their relative importance varies between regions and seasons.

The new dataset of weather system rainfall builds on new research defining the occurrence of environments favourable for thunderstorm activity (Dowdy 2020) and two different methods of identifying cold fronts and two methods for identifying cyclones, allowing us to more robustly identify those systems with the highest impacts. We have also better classified those days when none of the rain-bearing weather systems are present, a large proportion of which can be associated with high pressure systems.

The new results show that, averaged across southern Australia, approximately 50% of days are influenced by either a cyclone, front, or thunderstorm, and that such days explain 90% of all rainfall. Interactions between a thunderstorm environment and a cyclone and/or front are relatively uncommon but responsible for a disproportionate amount of rainfall, particularly heavy rain events.

This new dataset will be used to better understand the roles different weather systems play in Australian climate variability, including how changes in weather types may have contributed to changing rainfall in southern Australia. 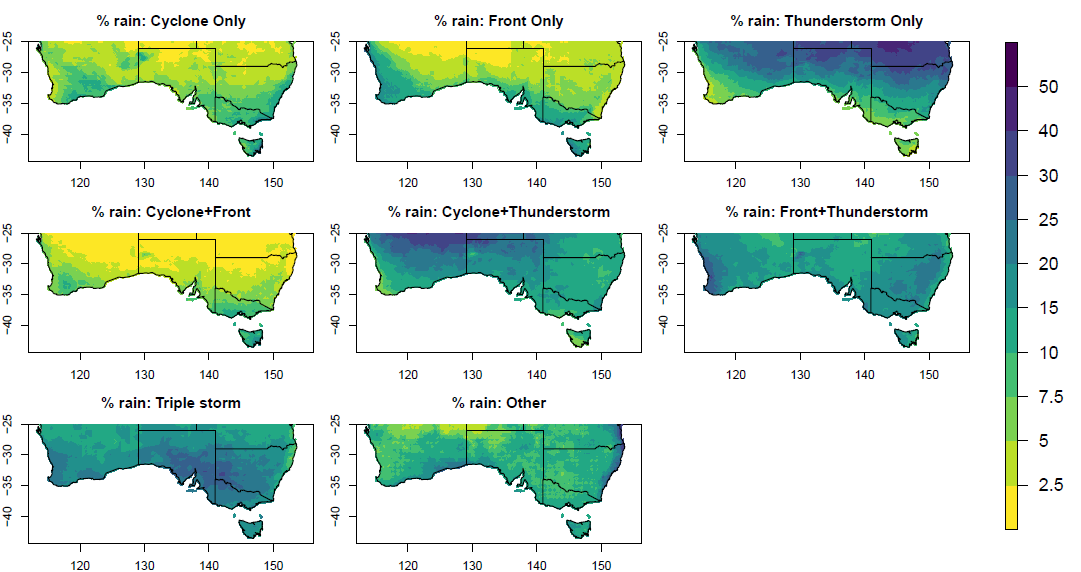 Figure 1: Proportion of annual rainfall that falls on days associated with a particular weather type, 1979-2015. “Triple storm” refers to the combination of a cyclone, front and thunderstorm, while “Other” days include anticyclones and warm fronts (~50% of all days). Source: Pepler et al., 2020.