Spring is coming, and there’s little drought relief in sight 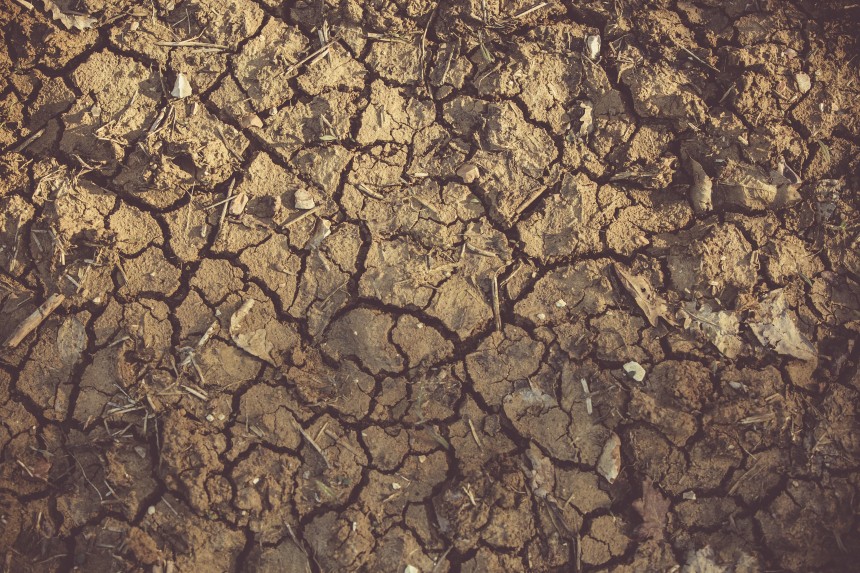 So far, 2018 has been very warm and exceptionally dry over large parts of mainland Australia. The Bureau of Meteorology’s climate outlook for spring, released today, shows that significant widespread relief is unlikely.

The chance of a spring El Niño, along with other climate drivers, is likely to mean below-average rainfall for large parts of the country in the coming months. 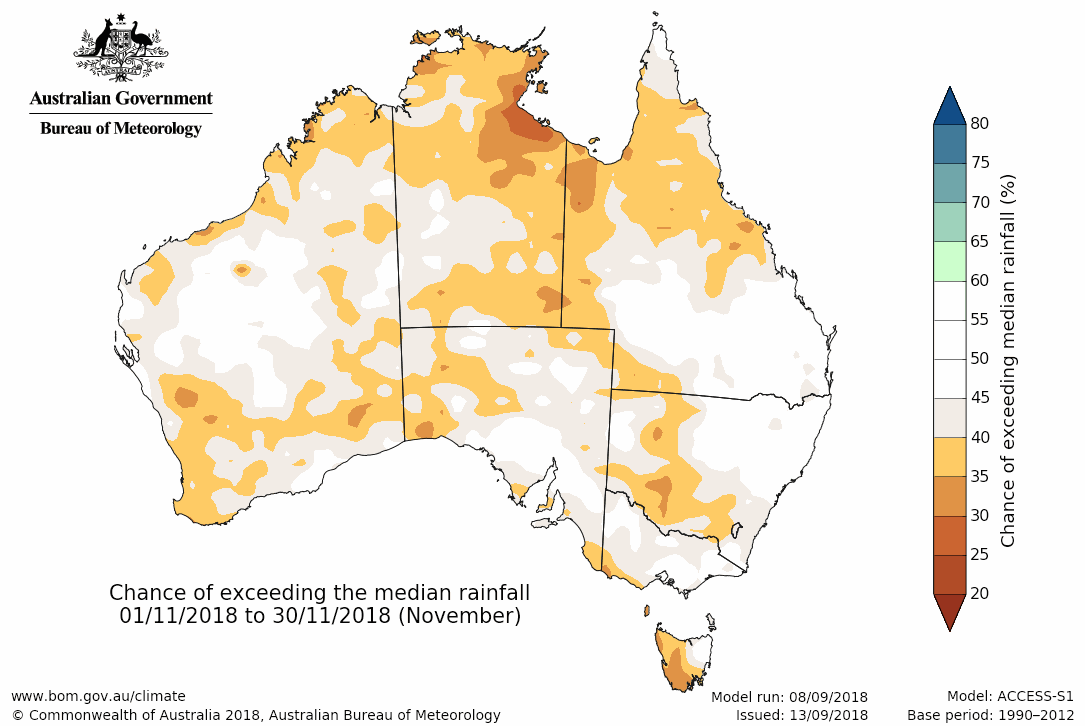 A dry winter for most of Australia

Winter rainfall has been below average over most of Australia’s eastern mainland. Large parts of New South Wales are on track to have winter rainfall in the lowest 10% of records. This has compounded drought conditions in the east after mixed rainfall last year and a dry start to 2018 for much of the country.

But it’s not just the lack of rainfall that has made the impact of drought severe. Another factor was the warmer than average daytime temperatures.

Warmest January-August on record for some

The 2017-18 summer average temperature was Australia’s second-warmest in 108 years of records, while autumn was Australia’s fourth-warmest on record. Winter 2018 is likely to be among the five warmest winters on record in terms of maximum temperatures.

Many of the above-average daytime temperatures have been focused over the country’s southeast. In fact, South Australia, New South Wales and Victoria are all on track for their warmest maximum temperatures for the January to August period.

The below-average rainfall combined with above-average maximum temperatures resulted in a rapid and intense drying of the landscape. This has led to unusually severe fire weather conditions in July and August – conditions more typically seen at the end of spring than the end of winter.

In contrast, low rainfall, cloud-free skies and dry soils mean it has been colder than usual overnight across most of the country during winter.

Will spring see a break in the warmer days and below average rainfall? Probably not. Both the El Niño-Southern Oscillation (ENSO) and the Indian Ocean Dipole (IOD), can be major influences on Australia’s seasonal rainfall and temperature patterns.

During winter, both ENSO and the IOD were neutral, meaning that neither of them provided a large influence on winter’s weather (so we can’t blame them this time).

However, most international climate models have been forecasting a spring El Niño since June. Sea surface temperatures in the central Pacific have been gradually warming since autumn and are rising towards El Niño thresholds. At the beginning of June the Bureau went on El Niño watch, which indicates a roughly 50% chance of El Niño forming in 2018 – double the usual likelihood. El Niño during spring typically means below-average rainfall across eastern and northern Australia.

Three out of five international models are forecasting that a positive Indian Ocean Dipole event is also possible this spring. A positive IOD during spring typically means below-average rainfall in central and southern Australia. When El Niño and a positive IOD coincide, their drying influences can be exacerbated.

So, what’s the outlook for spring?

With a reasonable chance of both El Niño developing and a positive Indian Ocean Dipole, the outlook for spring shows below-average rainfall is likely over much of the southeast and parts of the northeast and southwest. The rest of the country has a neutral outlook, showing no strong push towards a wetter or drier than average three months.

Inland areas are typically dry at this time of year, so the neutral outlook in the arid interior typically implies that low rainfall is likely. No part of the country favours above-average rainfall in the spring outlook.

What does this mean for the drought and bushfires?

Like the rest of the country, the Bureau is hoping that farmers in drought-affected areas get the rainfall they need soon. But this outlook isn’t the news many want to hear.

Last weekend’s rainfall over northeastern New South Wales and southeastern Queensland was welcomed by most, but unfortunately it was well short of what was required for a recovery from the longer-term rainfall deficits. Many locations on the east coast are well below their average year-to-date rainfall totals.

Rainfall deficiencies for the first seven months of 2018 in areas of western NSW, northwest Victoria and eastern South Australia widely show rainfall totals in the lowest 5% of the 118 years of record. It would take many months of above-average rainfall to return to average levels.

The above average temperatures in 2018 so far, combined with below average rainfall and dry vegetation, mean a higher likelihood of fire activity in parts of southern Australia. The warm and dry outlook for spring means the drought in parts of the country’s east is likely to continue.