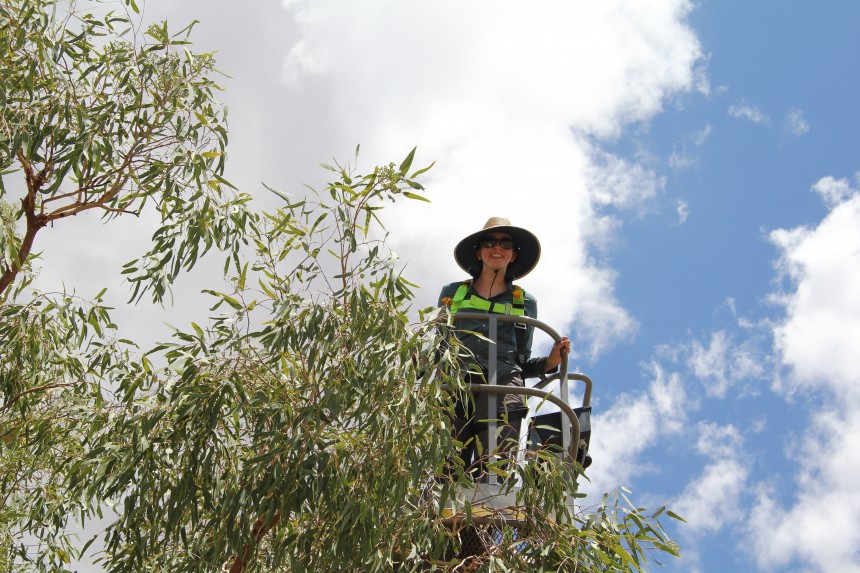 Land-based plants take up CO2 from the atmosphere through the process of photosynthesis. This is called the terrestrial carbon sink, and it’s responsible for slowing the increase of atmospheric CO2. In 2011 there was a large global terrestrial carbon sink anomaly, which saw an increase of 54% in the strength of the uptake of CO2 compared to the preceding decade. A surprising finding published in Nature in 2014 was that semi-arid regions in Australia accounted for a large proportion of this increase in carbon uptake. This was driven by the largest La Niña period in 80 years, with rainfall around 55% above-average, which resulted in a flush of vegetation growth and increased carbon uptake.

Despite the emerging importance of these ecosystems for global carbon cycles, there’s still a lot to be learned. In particular, how is it that these plant species can survive prolonged periods without rainfall? And how quickly can different species response to pulses of rain? These are some of the research questions that the Terrestrial Ecosystem Research Group, led by Prof Derek Eamus, at the University of Technology Sydney are interested in answering.

Recently published studies led by Dr Rachael Nolan1,3,4 and Dr Nadia Santini2,5 on the anatomy and physiology of co-occurring species in the Ti-Tree Basin in central Australia, revealed that these species have widely differing strategies to co-exist in environments where water is such a limited and variable resource. At one extreme, mulga (Acacia aptaneura), predominantly relies on rainfall and has a range of traits that allow it to survive seasonal dry periods. In contrast, river red gum (Eucalyptus camaldulensis) survives by accessing groundwater. These differing traits include attributes of xylem anatomy in branches and roots, leaf morphology, and physiological responses to soil dryness. Further research on these two species in a glasshouse experiment6 revealed that following repeated drought, mulga is able to adjust physiologically and continue photosynthesising. River red gums can’t do this and, instead, adjust by dropping leaves. 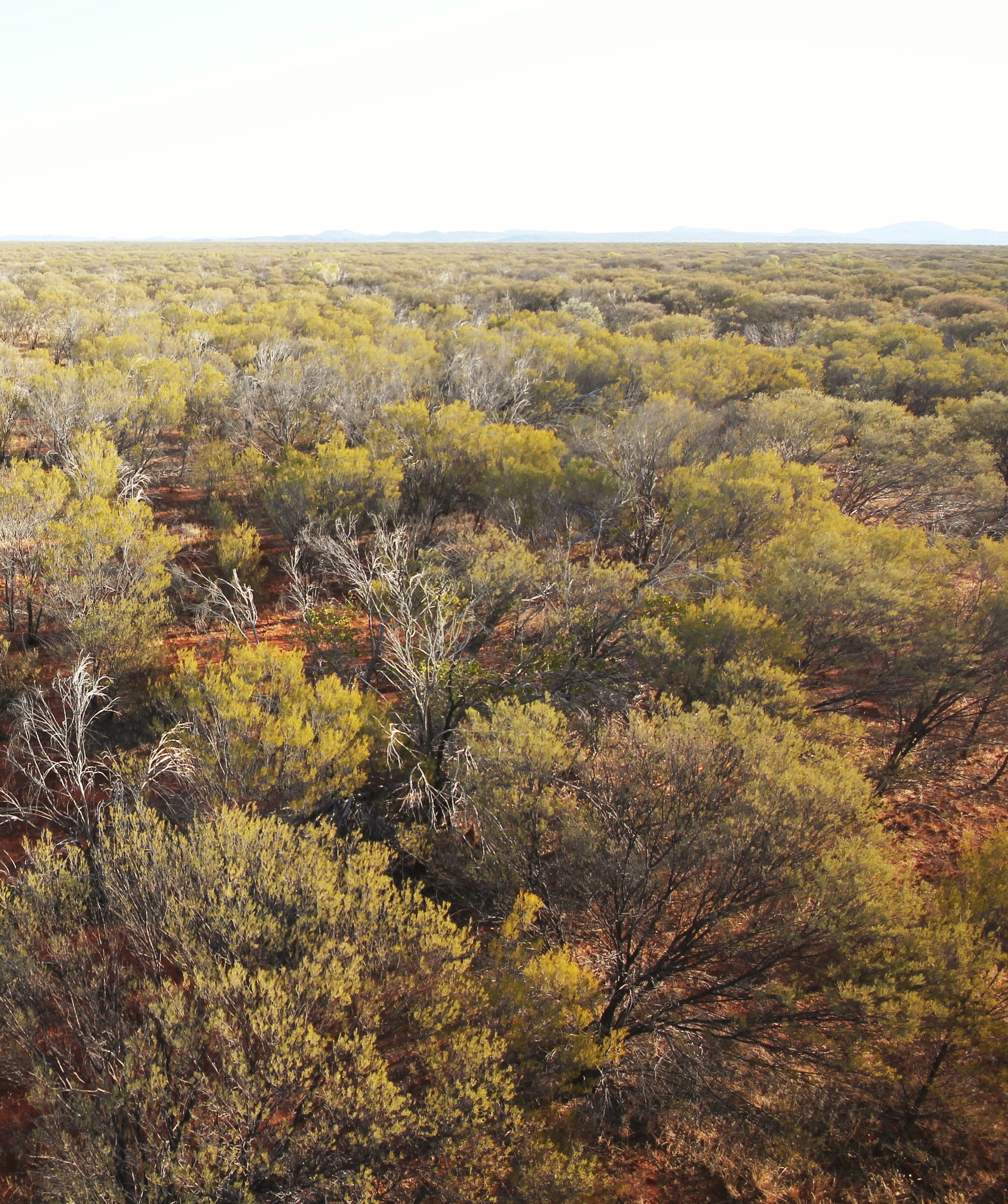 The papers published in the Journal of Arid Environments, Journal of Functional Plant Biology, and IAWA journal, present novel research that investigated the response of these species to periods of drought and pulses of rain.

These findings on the functioning of groundwater-dependent ecosystems have major implications for the management of arid ecosystems and their water resources. River red gum ecosystems rely on groundwater for survival in arid lands, but they’re faced with increased competition for groundwater from industry and agriculture. Understanding exactly what controls plant water-use and carbon uptake is the first step in achieving sustainable management of groundwater. This research is also a vital step in balancing regional, continental and global terrestrial carbon budgets, considering the ecosystem services mulga provide in terms of carbon sequestration.

Mulga ecosystems cover about 20% of the Australian continent. Research led by Dr Cleverly7 reveals that Mulga ecosystems can absorb large amounts of carbon from the atmosphere during wet periods, and can significantly contribute to national and global CO2 reduction efforts.