Substituting groundwater for surface water – what could go wrong? A case study in Victoria, Australia 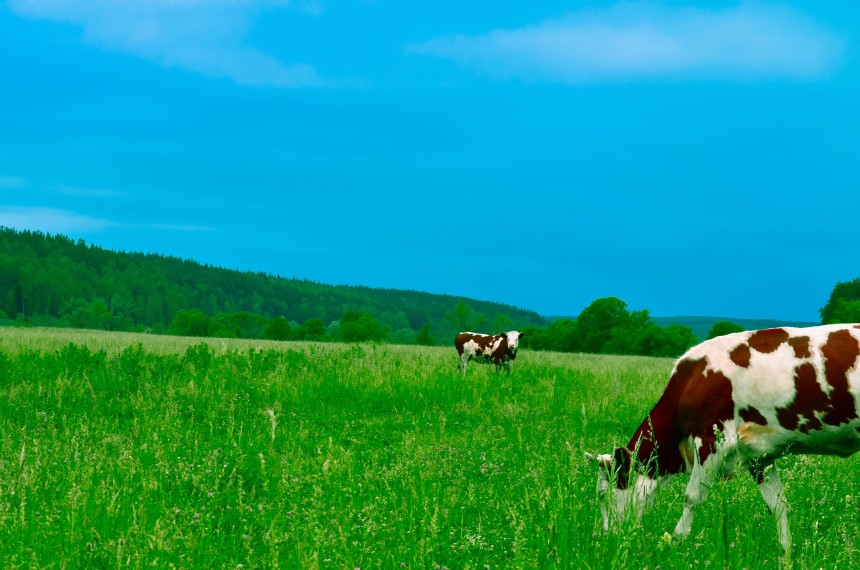 In many places there is evidence that some water users will sell off the surface water they are entitled to, but then make greater use of groundwater to satisfy their water needs. And, because surface water and groundwater are interconnected, but groundwater extraction poorly measured and monitored, it’s a form of substitution that could hurt others. It can also undermine water markets and affect water conservation efforts by governments. Sarah Ann Wheeler and colleagues have just analysed the interdependence between surface and groundwater extractions in an irrigation district in the Murray-Darling Basin, Australia. Here she explains what they did, and what it reveals.

In many countries around the world, groundwater is an important source for both drinking water and irrigation. However, global groundwater resources in arid and semi-arid regions face a common-pool problem and are at a growing risk of being depleted. In many regions around the world, the rate of groundwater extraction increasingly exceeds the recharge rate (Edwards 2016). Although it is expected that reduced surface-water availability due to climate change will increase future demand for groundwater resources, there has been less research to date on identifying the substitutability between surface- and groundwater extractions, especially in situations where substantial water markets exist (for both groundwater and surface water).

Hence, where there is conjunctive use of both surface and groundwater sources (Evans 2007), substitutability between sources can impact the effectiveness of water markets and government water recovery programs, especially if irrigators sell their surface-water to the government and compensate for the shortfall by increasing groundwater extraction (Wheeler & Cheesman 2013).

Our study modelled the factors associated with irrigation groundwater extraction data over a ten-year period from metered bores located in the Goulburn Murray Irrigation District – one of the largest irrigation regions in the Murray-Darling Basin, Australia. Because of its history and development of water markets over the past thirty years, the Murray-Darling Basin provides an ideal case study of the substitutability between groundwater and surface-water. Surface-water systems are inter-connected in the region, allowing surface-water trade between trading zones.

We analysed annual water extractions from 1,890 geocoded metered groundwater bores in the Goulburn Murray Irrigation District between 2007-08 and 2016-17, giving us 18,020 observations over time, and calculated the distance from the bore to the closest watercourse. Figure 1 illustrates the bores locations, and indicates the size of their groundwater volume extraction over the time-period. Most high-extraction bores are clustered along major watercourses. 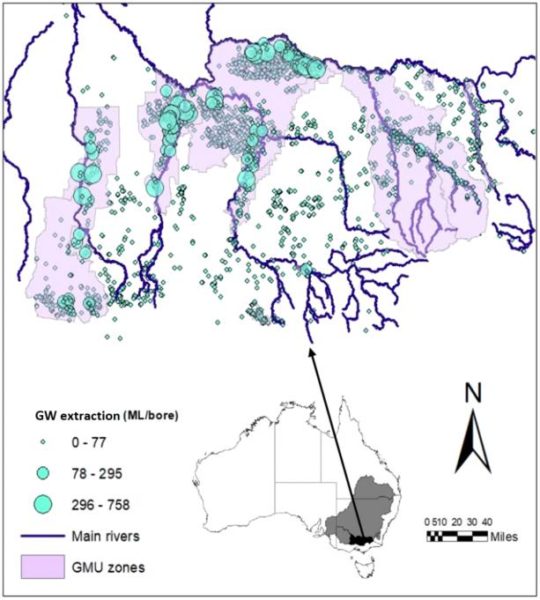 Figure 1: Groundwater metered extraction from 2007-08 to 2016-17 mapped over surface-water rivers and groundwater (GMU) zones in the Goulburn Murray Irrigation District. (Source: based on data provided by Goulburn Murray Water)

Hence, a close substitutability relationship between groundwater and surface water resources was found, and this relationship intensified in times of water scarcity and in the existence of water markets. The economics of lower input costs and higher output returns also drove greater groundwater extraction.

Given the interdependence and substitutability identified between different water sources, we suggest the many improvements in water governance that are needed include: a) the greater use of satellite and thermal imaging and measurement of all types of water extractions (and how their extraction changes over time); b) removal of all subsidies of bore establishment and irrigation infrastructure upgrades; c) the development of strong regional water resource plans to cover all water sources; d) increased metering, monitoring and enforcement; e) improved scientific knowledge on water hydrology and connectivity; and f) improved water trade products, appropriately designed and adaptable to account for changing human behaviour and other unintended consequences.

Edwards E (2016). What Lies Beneath? Aquifer Heterogeneity and the Economics of Groundwater Management. Journal of the Association of Environmental and Resource Economists, 3: 453-491.

Wheeler S & J Cheesman (2013). Key findings from a survey of sellers to the ‘Restoring the Balance’ programme. Economic Papers: A journal of applied economics and policy 32: 340-352.

Wheeler S, Z Zuo & J Kandulu (2020). What Water are We Really Pumping? The Nature and Extent of Surface and Groundwater Substitutability in Australia and Implications for Water Management Policies. Applied Economic Perspectives and Policy.
https://onlinelibrary.wiley.com/doi/10.1002/aepp.13082