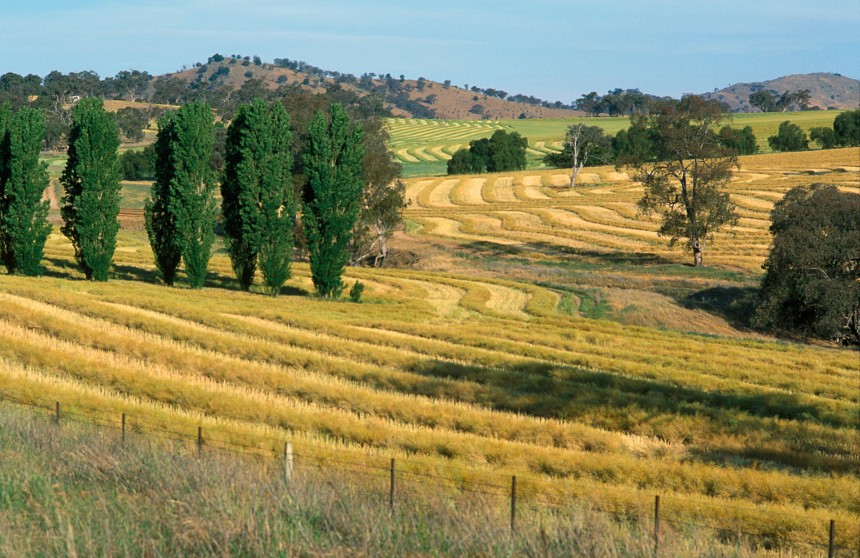 Two years ago we were celebrating just about the best year for farmers ever. Now many farmers – particularly in New South Wales and southern Queensland – are in the grip of drought.

It underlines just how variable the Australian climate can be.

While attention is focused on responding to the current situation, it is important to also think long-term. In our rush to help, we need to make sure well-meaning responses don’t do more harm than good.

The recent drought has stimulated much empathy for farmers from the media, governments and the public. Federal and state governments have committed hundreds of millions of dollars in farmer support. Private citizens and companies have also given generously to the cause.

While there appears to be overwhelming public support for helping farmers through drought, concerns have been raised by economists as well as farmer representatives – including both the former and current head of the National Farmers’ Federation.

A central concern is that drought support could undermine farmer preparedness for future droughts and longer-term adaptation to climate change.

Another concern is that simplistic “farmer as a victim” narrative presented by parts of the media overstate the number of farmers suffering hardship and understates the truth that most prepare for and manage drought without assistance.

Supporting drought-affected farms has the potential to slow both these processes, weakening productivity growth.

This gives rise to an acute dilemma: should we support farmers in distress, or support the industry to be the best it can be?

While it is difficult to attribute any specific event to climate change, it is clear Australia’s climate is changing, with significant consequences for agriculture.

Australian average temperatures have increased by about 1℃ since 1950. Extreme heat events have become more frequent and intense. Recent decades show a trend towards lower average winter rainfall in the southwest and southeast.

Research by the Australian Bureau of Agricultural and Resource Economics and Sciences shows climate change has negatively affected the productivity of cropping farms, particularly in southern Australia.

This research also shows evidence of farmers adapting to maintain productivity and reduce their sensitivity to climate.

There is still much uncertainty over what climate change will mean for agriculture in the future.

However, the evidence we do have points to more frequent and more severe droughts, if only because of higher temperatures and evaporation rates.

Although businesses in other industries are expected to manage risk without assistance, agriculture has some special aspects that help build a case for a government policy response.

First, risk in agriculture is generally greater than in other industries. Farmers are vulnerable to variation in international commodity prices as well as droughts and other extreme events.

While many other risky industries are made up of large corporate businesses (generally with diversified assets and ownership), agriculture is dominated by family farms.

This means farming is an unusually risky business. Farmers must therefore be more conservative about financing and operating their businesses, which constrains investment, innovation and ultimately productivity.

This led to the Farm Household Allowance program.

It provides a fortnightly payment, usually set at the rate of the Newstart unemployment allowance. There is also a financial assessment of the farm business and funding to help develop skills or get professional advice.

Those welfare programs provide an important safety net for farm households. Because they provide targeted support to households, rather than businesses, they result in fewer economic distortions than alternative approaches.

While these measures might provide short term relief, if they become routine they risk weakening the incentives to manage farms properly, by for instance destocking sheep and cattle ahead of likely droughts.

Looking to the future, it is possible insurance could have an important role to play.

While drought insurance has failed to thrive in Australia to date, advances in data could allow more viable forms of insurance to emerge.

In particular, index-based insurance products where payouts are based on weather data rather than an assessment of farm damages.