To predict droughts, don’t look at the skies. Look in the soil… from space 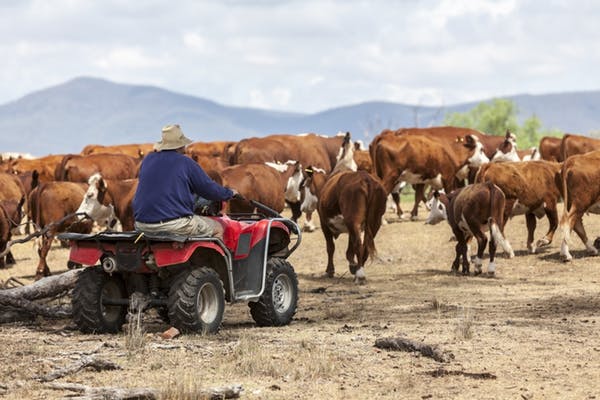 Another summer, another drought. Sydney’s water storages are running on empty, and desalinisation plants are being dusted off. Elsewhere, shrunken rivers, lakes and dams are swollen with rotting fish. Governments, irrigators and environmentalists blame each other for the drought, or just blame it on nature.

To be sure, Australia is large enough to usually leave some part of our country waiting for rain. So what exactly is a drought, and how do we know when we are in it?

This question matters, because declaring drought has practical implications. For example, it may entitle those affected to government assistance or insurance pay-outs.

But it is also a surprisingly difficult question. Droughts are not like other natural hazards. They are not a single extreme weather event, but the persistent lack of a quite common event: rain. What’s more, it’s not the lack of rain per se that ultimately affects us. The desert is a dry place but it cannot always be called in drought.

Ultimately, what matters are the impacts of drought: the damage to crops, pastures and environment; the uncontrollable fires that can take hold in dried-up forests and grasslands; the lack of water in dams and rivers that stops them from functioning. Each of these impacts is affected by more than just the amount of rain over an arbitrary number of months, and that makes defining drought difficult.

Scientists and governments alike have been looking for ways to measure drought in a way that relates more closely to its impacts. Any farmer or gardener can tell you that you don’t need much rain, but you do need it at the right time. This is where the soil becomes really important, because it is where plants get their water.

Too much rain at once, and most of it is lost to runoff or disappears deep into the soil. That does not mean it is lost. Runoff helps fill our rivers and waterways. Water sinking deep into the soil can still be available to some plants. While our lawn withers, trees carry on as if there is nothing wrong. That’s because their roots dig further, reaching soil moisture that is buried deep.

A good start in defining and measuring drought would be to know how much soil moisture the vegetation can still get out of the soil. That is a very hard thing to do, because each crop, grass and tree has a different root system and grows in a different soil type, and the distribution of moisture below the surface is not easy to predict. Many dryland and irrigation farmers use soil sensors to measure how well their crops are doing, but this does not tell us much about the rest of the landscape, about the flammability of forests, or the condition of pastures.

As it turns out, you need to move further away to get closer to this problem – into space, to be precise. In our new research, published in Nature Communications, we show just how much satellite instruments can tell us about drought.

The satellite instruments have prosaic names such as SMOS and GRACE, but the way they measure water is mind-boggling. For example, the SMOS satellite unfurled a huge radio antenna in space to measure very specific radio waves emitted by the ground, and from it scientists can determine how much moisture is available in the topsoil.

Even more amazingly, GRACE (now replaced by GRACE Follow-On) was a pair of laser-guided satellites in a continuous high-speed chase around the Earth. By measuring the distance between each other with barely imaginable accuracy, they could measure minuscule changes in the Earth’s gravitational field caused by local increases or decreases in the amount of water below the surface.

By combining these data with a computer model that simulates the water cycle and plant growth, we created a detailed picture of the distribution of water below the surface.

It is a great example showing that space science is not just about galaxies and astronauts, but offers real insights and solutions by looking down at Earth. It also shows why having a strong Australian Space Agency is so important.

Taking it a step further, we discovered that the satellite measurements even allowed us to predict how much longer the vegetation in a given region could continue growing before the soils run dry. In this way, we can predict drought impacts before they happen, sometimes more than four months in advance.

This offers us a new way to look at drought prediction. Traditionally, we have looked up at the sky to predict droughts, but the weather has a short memory. Thanks to the influence of ocean currents, the Bureau of Meteorology can sometimes give us better-than-evens odds for the months ahead (for example, the next three months are not looking promising), but these predictions are often very uncertain.

Our results show there is at least as much value in knowing how much water is left for plants to use as there is in guessing how much rain is on the way. By combining the two information sources we should be able to improve our predictions still further.

Many practical decisions hinge on an accurate assessment of drought risk. How many firefighters should be on call? Should I sow a crop in this paddock? Should we prepare for water restrictions? Should we budget for drought assistance? In future years, satellites keeping an eye on Earth will help us make these decisions with much more confidence.

Article published in The Conversation