‘Unique and alarming’: Engineers to be tested as rain events intensify 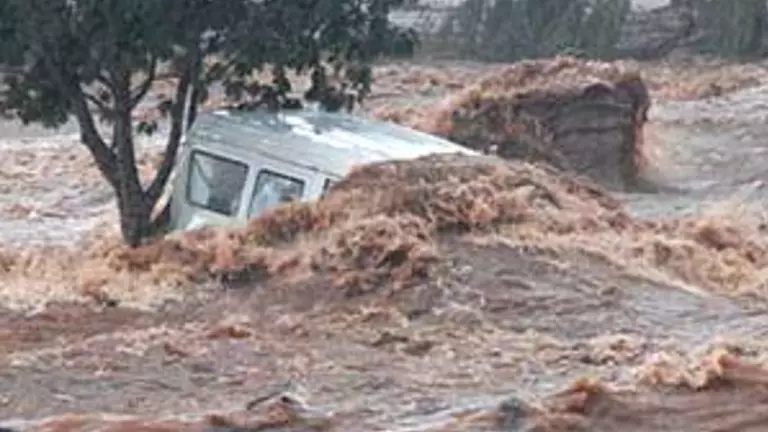 While it’s long been understood the atmosphere holds about 6.5 per cent more moisture per degree of warming, climate models have largely not captured the impact on individual storms, said Seth Westra, an associate professor at the University of Adelaide’s engineering school.

“It’s much more, two or three times the rate of that simple rule of thumb,” said Professor Westra, who is one of the authors of the paper appearing in Nature Climate Change on Tuesday. “It’s a really unique and alarming aspect of our conclusions.”

The study examined rainfall records across Australia from 1966 to 2013 and identified an increase in the intensity of short-duration rain events “well outside the natural year-to-year variability you’d expect”, he said. “In fact, they are more severe than climate models have been suggesting.”

“The sorts of rates that engineers have been using [for these events] are lower than the historical changes that we’re observing in this study,” Professor Westra said, adding that engineering codes may need to be updated to recognise “more radical rainfall” events in the future.

Climate change models have been better at picking up heatwaves amid the rise in average temperatures but they struggled more with rainfall. One reason is that individual thunderstorms can account for the jump in rainfall and they can be harder to model than temperature spikes.

Todd Lane, deputy director of the ARC Centre of Excellence for Climate Extremes, said the report is the first one to identify the trend in Australia after it had been discerned in Britain and elsewhere.

These rainfall bursts “create your flashflooding events and really challenge the resilience of your infrastructure”, said Dr Lane, who is also an associate professor at Melbourne University. “The most intense rainfall events are going to increase at a rate much faster than you expect.”

While discussion about extreme rain may seem at odds with the current drought across much of eastern Australia, “the reality is that can happen one after the other” in this country, as history has shown, Professor Westra said.

Strains on drainage and other infrastructure are also being made worse by the paving of more of our cities, adding to the impervious surfaces that facilitate the rapid build-up of water, Professor Lane said.