Water from Murray-Darling Basin plan not being delivered to wetlands, Australian-first report finds 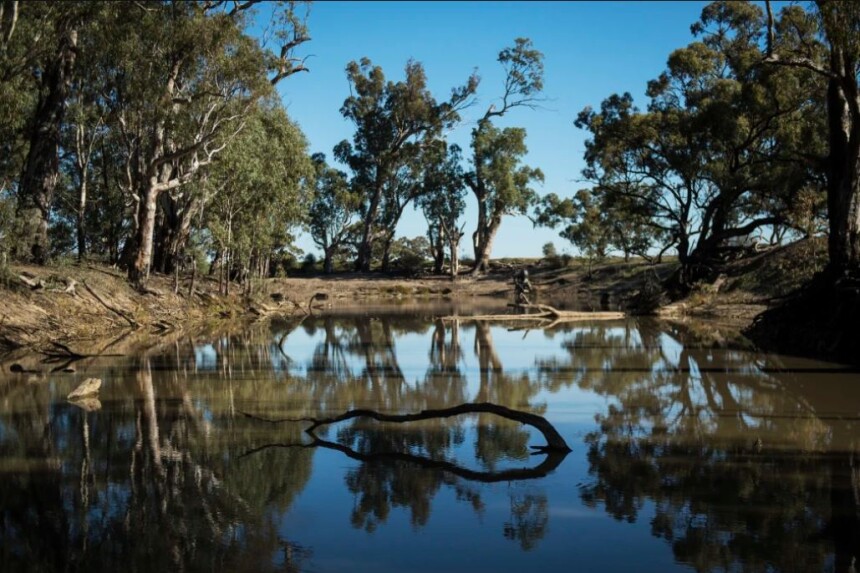 The majority of environmental water redirected from irrigators under the $13 billion Murray-Darling Basin Plan isn’t being delivered to its intended wetland targets, with private land blocking the connections between rivers and floodplains, new research shows.

The research, published on Tuesday, found less than a quarter of the nearly 200,000 hectares of floodplains targeted with environmental water controlled by the Federal Government between 2014 and 2019 has actually delivered an effective flood, leaving crucial ecosystems heading towards collapse.

Jamie Pittock, an expert in water management from the Australian National University, said the study was the first to look at what the Basin Plan sought to achieve for the environment and measure its progress, in totality.

“And sadly, that progress is lacking,” Professor Pittock said.

Overall, only 2 per cent of all the wetlands throughout the Murray-Darling Basin that could be inundated with environmental water controlled by the Federal Government were actually watered each year, he said.

“This is a $13 billion reform program, and we think that the Australian public would expect a better rate of return than 2 per cent per year,” he told the ABC. 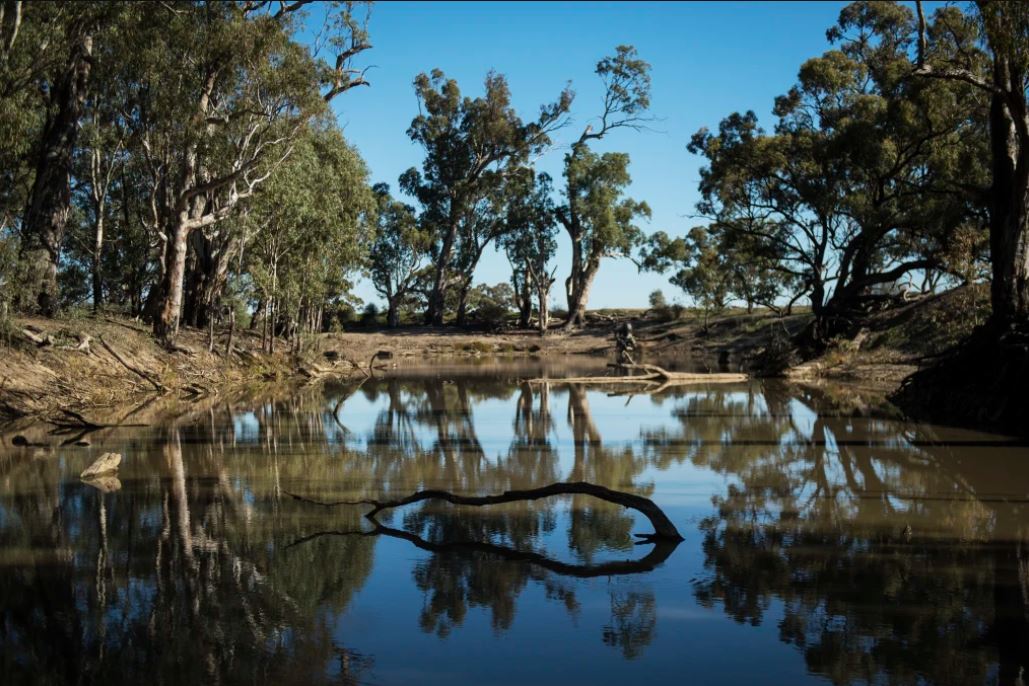 The controlled flooding of wetlands is a central objective of the $13 billion plan. And restoring wetland ecosystems is a legal requirement under both the Australian Water Act and the Ramsar Convention, a near 50-year international agreement to conserve natural resources.

But the new research shows those intentional environmental floods are being stopped, mostly by towns and private farms.

Since agreements haven’t been reached with about 3,300 farmers to allow the flooding to pass through private property, the environmental water isn’t able to reach the wetlands.

“Unless these blockages to using the very limited amount of environmental water are removed, then the Basin Plan’s environmental objectives will fail,” Professor Pittock said.

The Commonwealth Environmental Water Office (CEWO) is responsible for that water, and agreed the problem was significant.

A CEWO spokesperson said only small amounts of environmental water could be released at a time. It said this was because without agreements from landholders, it had to avoid releasing large volumes in case it made its way onto private land or blocked low level river crossings.

He said the “critical messages” he took from the paper matched up with his own experience.

“The simple truism is that you’re limited as an environmental water manager by the circumstances that confront you,” he said.

“We have to accept that restoring some semblance of those connectivities down the river system and across the floodplain is absolutely fundamental.”

The Murray-Darling Basin Authority (MDBA), which is responsible for implementing the $13 billion plan, didn’t question the findings of the paper when approached by the ABC.

It said state government progress to remove those blockages, a process called “constraint relaxation”, had been “slow”. It called for “greater effort” over the next four years.

The “constraint relaxation” process was introduced in 2014.

In some cases, that would involve negotiating the purchase of “flood easements” from farmers to allow floods to pass through their lands.

In other cases, it would involve the building of levees around towns or homesteads to protect properties from intentional floods.

“The land we are talking about is the most flood-prone land in the country,” Professor Pittock said.

“It is really low-lying. Naturally, it floods quite often. So in most cases, this is paying farmers to do what they already do anyway.”

In return for the promise of “constraint relaxation” by the NSW and Victorian governments, the Federal Government put aside almost $1 billion to build levees and buy easements.

State governments were also allowed to recover less water from irrigators since the blockages would be removed, and therefore more water would be available for environmental flows.

Instead, most of that money has been sitting idle, and state governments may now be required to recover more water from irrigators — up to as much as 605 billion litres.

According to Professor Pittock, the NSW and Victorian state governments simply “haven’t delivered”.

The Victorian Environment Department did not respond to the ABC’s request for comment.

A NSW Environment Department spokesperson said both it and Victoria commissioned an independent review of “constraints modelling” in 2019 to help it better understand the best delivery pathway and ensure the projects had the “best chance of success”.

Water buybacks from irrigators were reduced on the condition that these blockages be removed.

She said she wanted the threat of re-instating those buybacks taken off the table.

“That’s perceived as a threat hanging over these communities,” she said.

“If you don’t play ball in an outrageously and unrealistic time frame, we will come and buy the water back from you instead.” 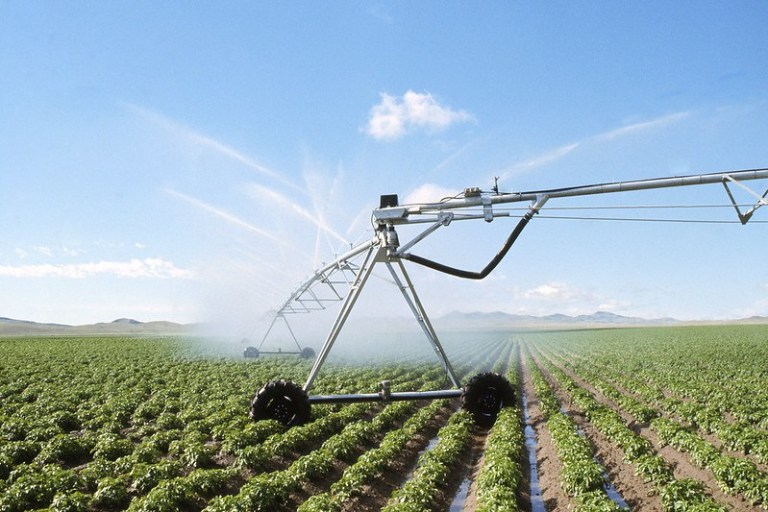 Professor Pittock said buybacks must occur if the blockages were not removed by 2024.

“It would be outrageous to let state governments off the hook by forgoing the requirement for more buybacks,” he said.

“They agreed to this in 2014 with a reconciliation date of 2024. I would have thought that 10 years was plenty of time if only they delivered what they promised.”

First study of its kind

The new research, published in Marine and Freshwater Research, is the first peer-reviewed analysis across the whole basin that compares actual water reaching wetlands and planned water levels.

Professor Pittock and his co-authors examined Commonwealth environmental flows in the five years to 2019.

Without agreements with private landholders, the CEWO could sometimes only create very small floods that wouldn’t risk running across private property.

As a result, Professor Pittock said each watering event ended up inundating only the low-lying parts of the floodplain. But since some types of ecosystems — like black box eucalyptus forests — live higher on floodplains, some ecosystems were almost never benefiting from the environmental water.

“It’s really only the easy-to-water billabongs and low-lying redgum forests that are getting watered, whereas other kinds of wetland ecosystems are being disadvantaged, like black box floodplain forests,” Professor Pittock said.

“The risk is that the disadvantaged ecosystems will be significantly lost unless these programmes are improved,” he said.

Originally published by the ABC, 17 November 2020.