What is ‘precipitable water’ and why does it matter? 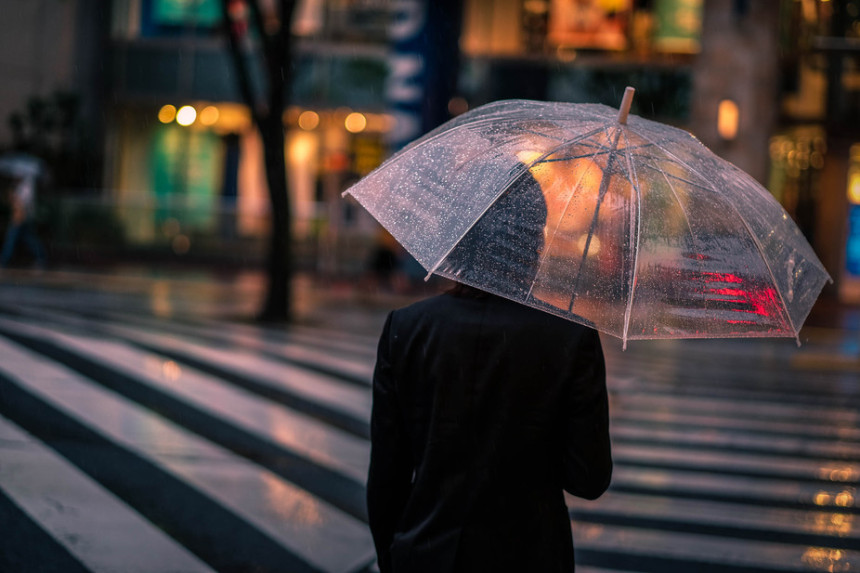 As the planet warms, rainfall and weather patterns will change. As temperatures rise, the amount of water in the atmosphere will increase. Some areas will become wetter, while others, like southern Australia, will likely be drier.

One measure of atmospheric moisture is called “precipitable water”. You may not have heard the term before, but will likely hear about it more often in the future. Both climate scientists and meteorologists are increasingly looking at it when studying weather charts.

There is a lot of uncertainty about future rainfall patterns, but there is one aspect that models have consistently emphasised — a larger proportion of rainfall will be heavy, even in some areas that are becoming drier. Atmospheric moisture is a part of this, and precipitable water is one measure of it.

So why do climate models project that we will get more heavy rainfall as the planet warms? At the heart of it is basic physics, which tells us that a warmer atmosphere can hold more water vapour than a cooler one — about 7% more for every 1℃ rise in temperature.

But meteorology will also play its part, and in the real world we have recently seen the sorts of weather systems that will drive heavier rainfall outside the tropics.

A stream of very moist air from the tropics can often cause very heavy rain. These streams of moisture are sometimes called atmospheric rivers, but also have names such as the Pineapple Express in the United States or the Northwest Cloudbands here in Australia. An atmospheric river recently drenched California.

These sorts of tropical excursions happen naturally, but relatively infrequently. As the planet warms, however, regions like southern Australia and northern California can expect more tropical rainfall events, even as average rainfall declines.

Like rainfall, precipitable water is measured in millimetres. It is derived by calculating how much liquid water you would end up with if you condensed all of the water vapour above your head — from Earth’s surface to the top of the atmosphere.

We calculate this using measurements from weather balloons, from satellite data, or from weather and climate models. The greatest amount of water vapour is generally near Earth’s surface, and it decreases with height.

Higher precipitable water values mean that more water is available for potential rainfall. We generally experience this as hot and humid weather. Just how much rain actually falls is dependent on the accompanying meteorological conditions. Under conditions favourable to thunderstorm activity, for example, high precipitable water translates into heavier rainfall.

Because it shows the location and movement of moisture, precipitable water is a great way for meteorologists to follow the movement of weather systems across the globe. In the animation above, it is easy to see tropical moisture streaming out from the equator toward the poles. Due to climate change, weather forecasters will increasingly be on the lookout for very high or record levels of precipitable water associated with those events.

In Australia, several heavy rainfall events in recent years have been associated with record-high levels of precipitable water. In late December 2016, heavy rainfall across central and southeast Australia was associated with record-high December precipitable water, with weather stations in Giles and Mount Gambier recording their highest values for any month. Heavy rains have continued over the western part of Australia through January 2017.

Earlier in 2016, record-high June precipitable water was also recorded at Sydney and Hobart, with Hobart recording a level on June 6 that was 38% higher than the previous record for that month. Both of these events involved tropical air laden with moisture sourced from record or near-record warm oceans, and drawn over southern Australia.

In both cases, heavy rainfall was widespread, with some record high daily rainfall totals.

Globally, as well as being the warmest year on record, 2016 broke records for global precipitable water in at least one international data set.

It should be noted that these record values are drawn from data covering just the period since 1992, as historical precipitable water values obtained using upper-air measurements of temperature and humidity are not easily comparable with present-day measurements. As such, precipitable water is more useful to weather forecasters than to climate scientists — although it becomes more useful as the length of the dataset increases, and can be used to evaluate model simulations.

The trend in precipitable water is expected to lead to an increase in the highest possible rainfall intensities and an increase in the frequency of extremely high daily rainfall totals, regardless of how average rainfall may change. A consequence of higher rainfall rates in a warmer world is increased flash flooding and also riverine flooding.

The implications of climate projections for heavier rainfall are many. In future, changes in the upper envelope of extreme rainfall may impact on the way we design things like urban water flows, buildings and flood mitigation. The fact that individual rainfall events can become heavier than the past in regions experiencing overall declines in rainfall and streamflow is an added nuance.

Beyond rainfall, higher moisture levels in the atmosphere also mean slower evaporation of sweat from the skin, making you feel hotter during particular heatwaves, and making evaporative air conditioning systems less effective. Just as changing temperatures influence decisions in areas such as planning, so too will increasing humidity and heavy rainfall events, even when they are episodic.

Original article posted on The Conversation, 27th of February 2017 (Link)