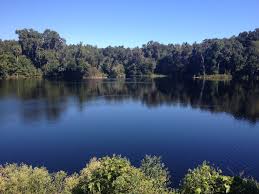 The discussion about which scale is the most relevant for water resources management is an increasingly important debate of hydrological modelling principles over the last decade.

The session “(Ir‑)relevant scales in hydrology: Which scales matter for water resources management?” convened at this year’s EGU General Assembly 2017 tried to put some new light (and fire) into this ongoing debate.

Solicited speakers representing the plot scale, hillslope and catchment scale, and the large-scale provided valuable insights into their research experience and provided opinions about the session topic.

Overall, by the excellent presentations and discussion during the session, we found that each scale has its own relevance for water management. Experimental research at the plot and catchment scales brings advances in hydrological process understanding that can improve our simulation tools, while comparative hydrology and large scale modelling can provide quantitative information at larger scales to support water governance and policy making.

The key question in the near future is certainly how to further improve collaboration and foster discussions across all hydrological scales, especially in the context of ever more complex models at all scales. One option would certainly be to organize regular cross-cutting conference sessions. Another interesting initiative that has been presented at EGU2017 is the data and model sharing platform https://www.hydroshare.org/.