Over the 2016-17 summer break, 20 students and early-career researchers from universities around Australia and New Zealand were invited to participate in the first Australian Climate and Water Summer Institute. Simon Walker reports.

From 5 December 2016 until 20 January 2017, the program involved a two-week ‘boot camp’ followed by four weeks of project planning and implementation. During the boot camp, participants visited various government agencies to attend talks and receive training in the most up-to-date data and tools used in Australian climate and water science. Following two weeks of excursions and training, participants then self-organised into small groups to develop projects

Water Sharing and Environmental Flows –water use and the benefits of environmental flows across the Murray-Darling Basin at present and under future scenarios.

Under these umbrella topics, students were encouraged to pursue ambitious ideas towards new applications of climate and water data to better assist decision making. Through presentations, the students were given full insight into topics ranging from environmental flows to cyclone risk assessment, and from seasonal streamflow forecasting to drought impacts. 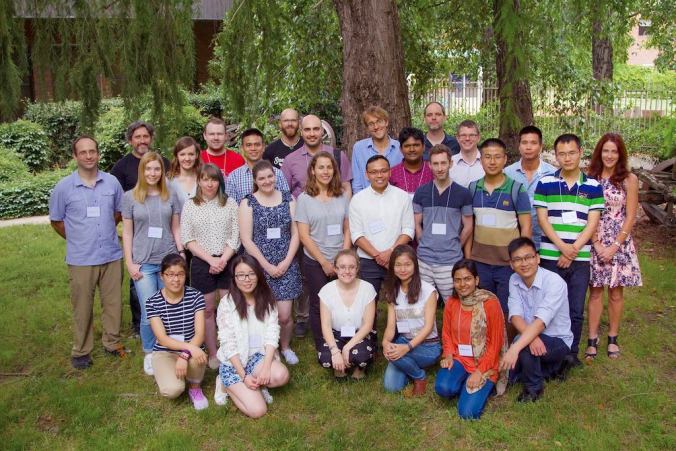 The whole group on day one.

18 research fellow were supported to undertake the full Summer Institute. They had academic backgrounds varying from engineering or spatial science to Earth and environmental sciences. Participants formed seven teams of two or three individuals. Each team took on a unique research project. Each team and topic are shown below. 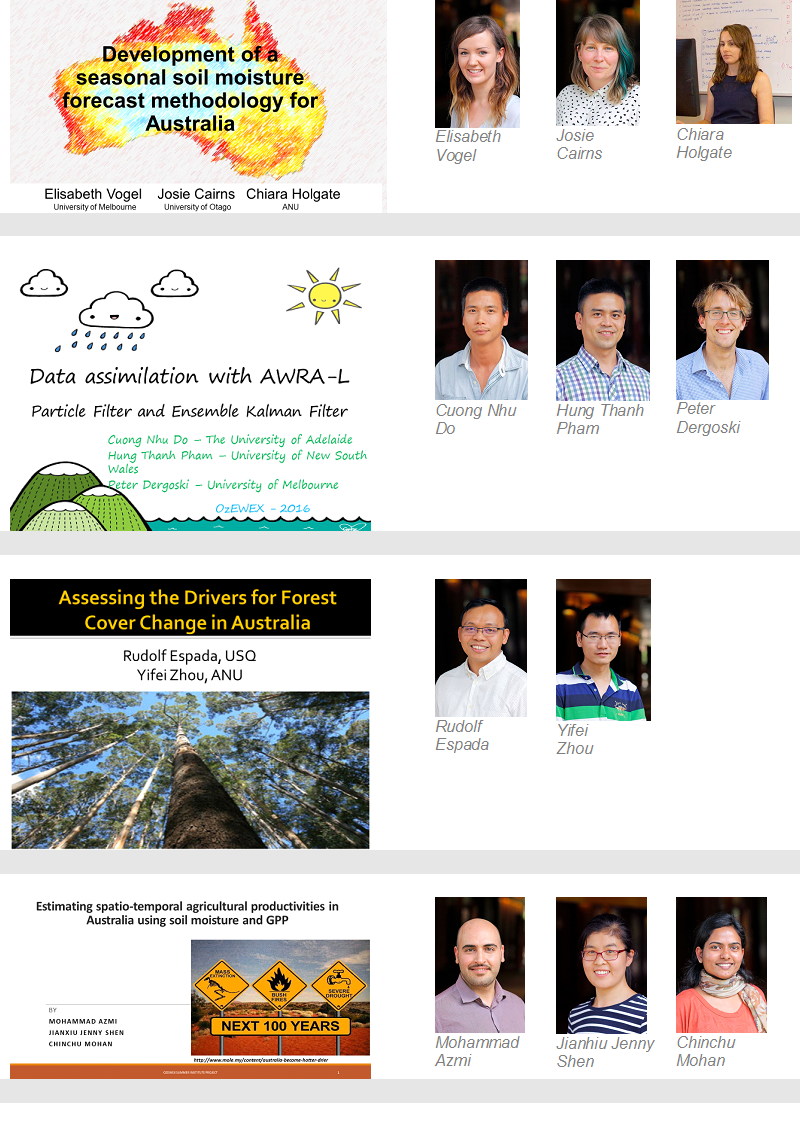 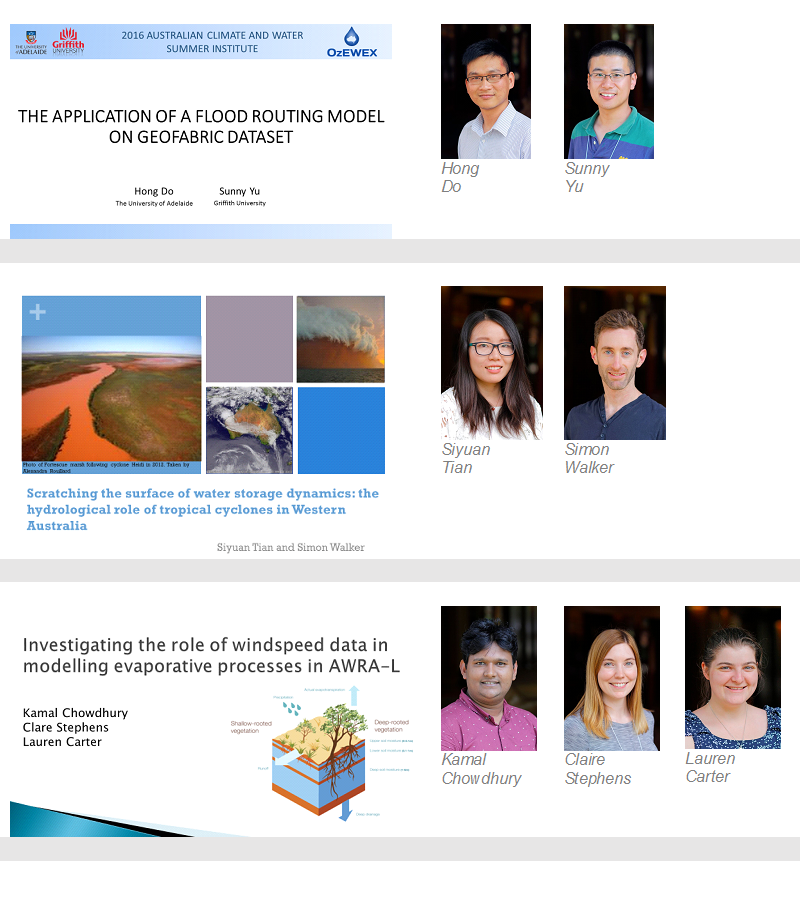 Although participants split up into teams, everybody contributed their knowledge and expertise towards the projects undertaken by other groups. Collaboration was key!

There were many highlights from the 2016 Summer Institute, including:

The opportunity to hear about some of the latest research from government agencies. A great example of innovative recent government research was a presentation at the Murray-Darling Basin Authority (MDBA) delivered by Dr David Weldrake. David showed how the MDBA had used Geoscience Australia’s Water Observations from Space (WOfS) product alongside river gauge data to estimate the relationship between river flow and floodplain inundation across various regions of the Murray-Darling Basin. This was an excellent example of how new data products were being used to make decisions about water use for environment benefit.

The opportunity for participants to work on projects outside of their usual field of expertise and to gain hands-on ‘real world’ experience. The Summer Institute allowed participants to use some of the latest tools and data sets that are currently used by Australian Government agencies in decision making for climate and water issues. For example, this year several groups worked with the Bureau of Meteorology’s new Australian Water Resources Assessment Landscape (AWRA-L) community model. Under this new initiative, the Bureau has made the AWRA-L model publicly available as open source code, allowing the community to use and contribute to improving the model. A few teams in the 2016 Summer Institute did just that, and aim to develop their work further to allow the Bureau to make use of their findings and update the operational model.

Trips out and about. Participants had the weekends free to themselves, and used the time to explore many of Canberra’s attractions such as the Botanical Gardens, National Museum, War Memorial and others. Although this summer has been incredibly hot so far, that was no deterrent and being located in the centre of the city allowed for easy access to events and venues over the summer.

Thanks to the great attitude of the fellows and the generous assistance of the Summer Institute consortium and their staff, the very first OzEWEX Summer Institute was a resounding success. Fellows develop great friendships and connections, worked with leaders in the Australian climate and water research sphere, produced extraordinary results in a short period and, importantly, had plenty of fun too. The chance to work in collaboration with other early-career researchers and under the guidance of leaders in science