Catchments may not recover from drought 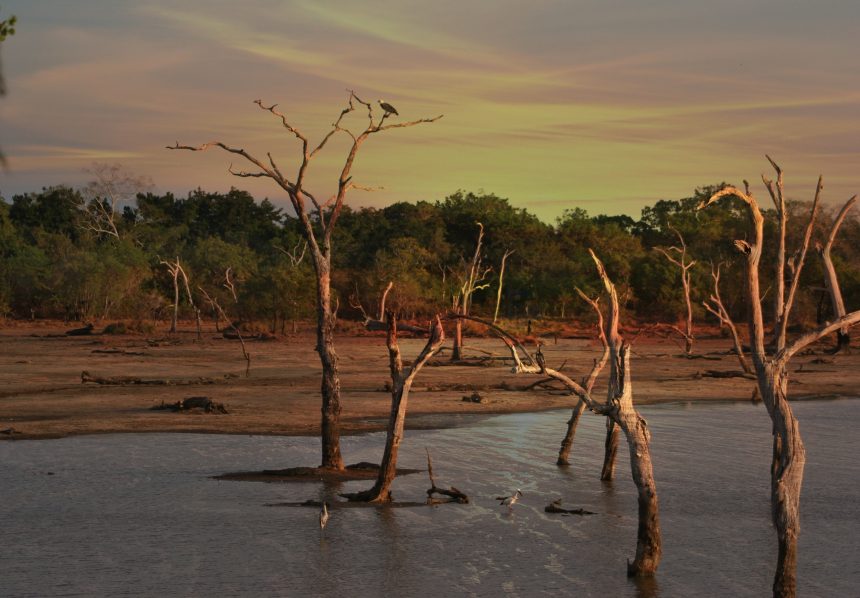 The models we use to manage our rivers and groundwater aquifers are not just equations and maths, but are a formalisation of how we think nature behaves in response to droughts and floods. A major, and implicit, assumption buried within almost all of the models is that after a drought the catchments and aquifers will always recover, it is just a matter of how long it takes to recover. For years we’ve been sceptical of this assumption that catchments are infinitely resilient.

Drawing on theoretical work, and with the support of the Victorian Water and Climate Initiative, we recently published a paper in the leading international journal Science. The paper empirically tested if catchments really do recover from droughts. Using long term seasonal and annual streamflow and rainfall data (using AWAPer) from 161 catchments in Victoria, we built hidden Markov statistical models examining the runoff before, during and after the Millennium Drought (~1997-2009), effectively enabling the identification of a change in runoff after rainfall variability was accounted for. All the catchments were unregulated and there was limited influence of extractions and minimal land use change. We found that 37% of catchments had not recovered ~8 years after drought (Figure 1) and that changes to seasonal rainfall did not explain the non-recovery. Similarly, the non-recovery was not explained by the stream gauge type, number of rating curve updates or land cover change. We also found that recovery or otherwise appears to be result of a complex interaction between the regional climate and local catchment dynamics, which produces considerable local scale variability (Figure 2) and makes prediction of which catchments recover an ongoing challenge. Additionally, 80% of catchments that had not recovered appear to be “stuck” in a low runoff state and are not just slow to recover.

What this means is that 100mm of rain before the drought produced more streamflow than 100mm ~8 years after the drought in 2017. The missing water that no longer makes it to the stream has only a few places it can go; specifically, increased evapotranspiration, soil moisture storage, vegetation interception or recharge (per mm of rainfall). Importantly, groundwater heads in non-recovered catchments continued to decline or remain constant after the drought. This suggested that the missing precipitation is not going to recharge, and hence that groundwater is similarly effected like streamflow, rather than the cause of the streamflow non-recovery. Conversely, using Hortons Index during and after the drought the actual evapotranspiration  increased (per mm of infiltrated rainfall), suggesting that plant water use increased (per mm of infiltrated rainfall) during and after the drought. Overall, our findings show that hydrological droughts can persist long after a meteorological drought, and theory suggests recovery is likely to occur only after very wet years. In an accompanying perspective piece within Science, A/Prof Flavia Tauro said:

our study “challenges the comforting assumption that water systems naturally tend to absorb disturbances. This emphasizes the necessity to change the way global water processes are conceptualized.”

That is, our assumption of catchments having infinite resilience appears wrong.